Quite often a Christian is asked simple questions about his religion mostly by non-Christians. While many of the obviously basic queries are straightforward and can be answered off the cuff, some might require a deeper understanding. Pilgrim Stays has attempted to put some of these questions into a simple, easy to understand format. The casual reader, be she a non-Christian or Christian can find answers in this article on ‘Christianity Facts and History’ that cover most queries typically raised.

Who is a Christian?

A Christian in the simplest sense is anyone who is a follower of Christ.

What are the different categories of Christians?

Christians could be classified into four broad categories:

2. Orthodox Catholics of which there are three major branches

i) Church of the East (424 AD): Nestorian church, Assyrian church 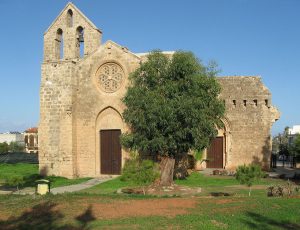 Nestorian Church of St George the Exiler in Famagusta, Cyprus 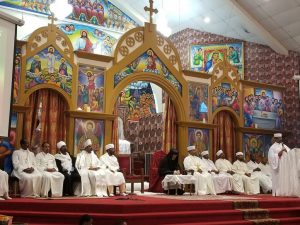 All these churches originated in the first Century. The year indicated refers to the time they moved away from the Roman Catholic Church

3. Protestants: The Protestant movement began as a result of the Reformation begun by Martin Luther in 1517 AD. Mainline churches like Anglican, Baptist, Lutheran, Calvinism and Methodists have followers running into millions. The Church of South India (CSI) and its counterpart the Church of North India (CNI) are part of the Anglican Church. 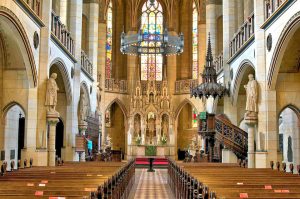 All Saints’ Church, Wittenberg, Germany where the Protestant Reformation began 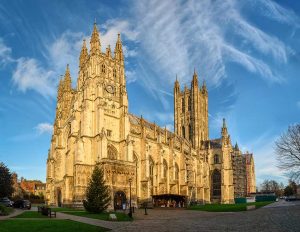 Canterbury Cathedral, the seat of the Anglican Church 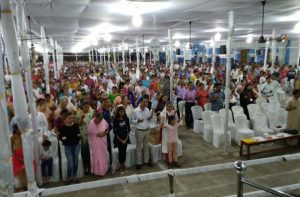 A Pentecostal gathering at Vasai, India

There are also tens of thousands of independent churches some with a following as low as 50.

Are all Catholics the same?

The Roman Catholic Church is headquartered in Rome and is referred to as the Western Catholic Church. It is by far the largest single religious group in the world with over 1.3 billion adherents. 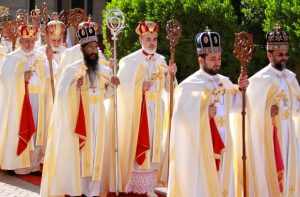 The clergy of the Assyrian Church of the East

The next to move away from the mainline Roman Catholic Church was the Oriental Orthodox Church in 451 AD before the Council of Chalcedon. Today these are a group of six churches with the Coptic church of Egypt and the Ethiopian Orthodox church prominent among them. 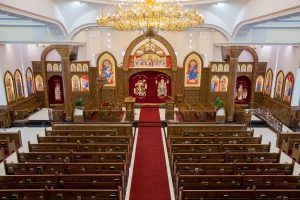 The Eastern Orthodox churches separated in 1054 AD, disputing particularly the authority of the Pope. The origin of the Eastern church can be traced to the time when the Roman Emperor Constantine moved his capital in AD 330 from Rome to Constantinople, which today is Istanbul in Turkey. 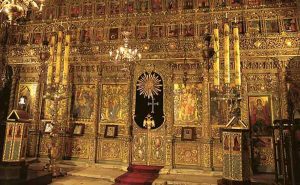 St George’s Cathedral, Istanbul: The seat of the Patriarch of Constantinople

In course of time the Eastern Roman Empire became the Byzantine Empire. The religious capital continued to be Rome, but the churches headquartered in Constantinople moved away from the Pope owing to differences in ideology. The patriarch of Constantinople is thus considered first among equals in the Eastern Orthodox Church.

Are the Syrian Christians of Kerala, Catholics? 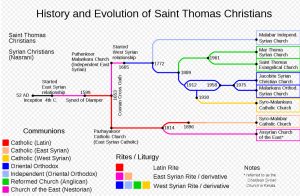 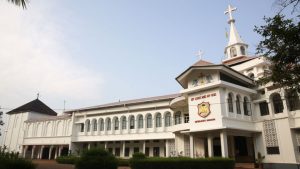 Mar Thoma Syrian Church is affiliated to the Anglican Church, while the St Thomas Evangelical Church is also influenced by British missionaries. Hence both are considered to be part of Protestant Eastern Christianity. 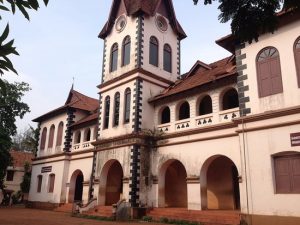 The headquarters of the Mar Thoma Syrian Church at Thiruvalla, Kerala

Who is the pope?

The pope is the spiritual and temporal head of the Roman Catholic Church, which means he is the highest authority who oversees all affairs of the Church. He is considered to be the successor of the Apostle St Peter, who was appointed by Jesus. 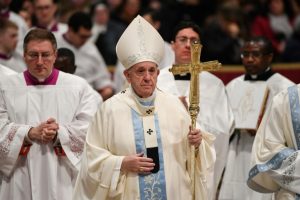 He is also the sovereign of Vatican City which is an independent country. The office of the pope or the papacy is said to be the longest running absolute monarchy in the world.

Is the Bible the same for all Christians?

The answer is both yes and no. The Bible is divided into two parts- the Old Testament and the New Testament. All Christians Bibles have the same number of New Testament books. When it comes to the Old Testament the Catholic Bible has 46 books, whereas the Protestant one has 39. The reasons why some of the books are not accepted by non-Catholics are historical, and pertain to events centuries before the birth of Christ.

Did Jesus write the Bible?

No, he did not. The four books of the New Testament which are centred on his life and teachings are known as the Gospels. Three of these were written by his Apostles. The closest twelve followers of Jesus were known as the Apostles. The Bible is in fact a collection of several books, some named after the prophet who wrote them.

Was it written in English? 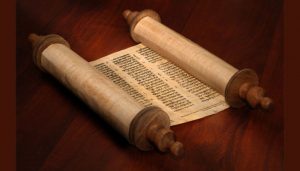 What are the various institutions with crosses on them? Are they all part of the Catholic Church? Who owns them?

Most institutions that belong to the Catholic Church or Protestant churches would have a cross displayed. However, there could also be other institutions belonging to Christian individuals or organisations and are not run by the Church, which display them. 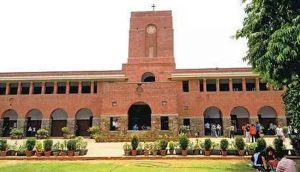 Institutions belonging to the Church are generally owned by the Diocese (a unit that approximates to a district in India), which is headed by a Bishop. Larger Dioceses are called Archdioceses and have an Archbishop as the head.

How does someone become a priest or a nun?

Being a priest or nun requires a lot of patience and years of study. The school that they attend is called a seminary in the case of a priest and a novitiate in the case of a nun. While it takes from 7 to 9 years to become a nun, a priest would require anything from 8 to 14 years to be ordained (that’s what the graduation ceremony is called).

How does someone become a Catholic?

The traditional way to become a Catholic is through baptism, which is administered after 40 days in the case of Infants. In the case of adults, the process is more elaborate. One needs to demonstrate that the conversion is resulting purely out of free will. There must be evident faith, and a profession of, and willingness to live as a Christian. There is no fast track method to become a Catholic and the process outlined would take months to culminate in baptism. 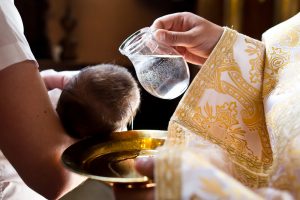 The sacrament of baptism

While some denominations do admit members with far less rigourous procedure, the Roman Catholic Church is generally known to insist on adequate study and preparation before one can be administered the sacrament of baptism.

Do Catholics have any special privileges due to their connection to Rome or the Vatican? Do they get money from there?

If by special privileges one refers to material benefits, the answer is a big fat no. Neither are they preferred by Western countries, over others, in the matter of Visas or jobs. The Western countries are mostly meritocracies, hence religion has no role to play when they dole out benefits. Money is sent from overseas to fund missionary work, none of which is paid directly to anyone who converts. Instead it is used to fund community projects like schools, hospitals and basic infrastructure in backward regions which benefits everyone irrespective of religion professed.

What is the connection of Israel to the Catholic Church? 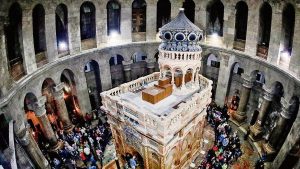 Church of Holy Sepulchre in Jerusalem

The place where Jesus was born and lived is referred to as the Holy Land. This place is in Israel and present-day Palestine. Israel is connected to the Vatican in much the same way as with any other country. It is the shared cultural heritage that makes the relationship closer.

What is the relationship between Italy and the Vatican? 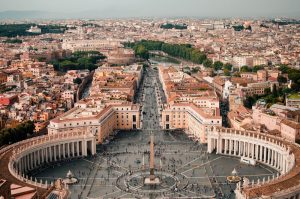 The Lateran treaty of 1929 concluded between Italy and the Roman Catholic Church, made the small enclave of the Vatican within the city of Rome, an independent and sovereign state. In return the church relinquished control over the Papal States which today form part of Italian territory. The pope was also expected to be perpetually neutral in the matter of all international relations.

This is an article which seeks to improve knowledge of the religion and  to help understanding Christianity better. We welcome feedback that could help improve it. Please provide your comments and help us enrich this blog, which we hope will prove useful to many.

Interesting article. I would like to know more about the other churches and how their philosophies diverge from the Catholic Church and how they justify this divergence based on which document.

When speaking of the other churches who moved away on the basis of ideology, one presumes you refer to the Orthodox churches. While it was not a document that caused the schism, it could be said that the proceedings of two ecumenical councils brought it about. The first was the Council of Ephesus held in 431 AD that caused the Church of the East (the Nestorian church) to separate. The Nestorian view was Mary should be called Christotokos (Birth Giver of Christ) and not Theotokos (Birth Giver of God). This was opposed by the rest.

The next one was the Council of Chalcedon held in 451 AD which led to the Oriental Orthodox Church moving away. The Chalcedonian Definition, stating that Jesus is “perfect both in deity and in humanness; this selfsame one is also actually God and actually man”, was not acceptable to Oriental Orthodoxy (the Coptic Church).

This was followed by the East–West Schism which was a culmination of centuries of ecclesiastical differences and theological disputes between the Greek East and Latin West and was formalised in 1054 AD. The Latin Church did come to the aid of the the Eastern Orthodox Byzantine Emperor, Alexios I Komnenos only four decades later in the run up to the First Crusade. But that’s a story for another day!

[…] the importance of Goa in the Catholic world, more specifically the Roman Catholic one. The early Church was a multi-polar one and was administered by a Pentarchy based in the five major episcopal sees of the Roman Empire: […]

Palm Sunday: The Entry of the Lord into Jerusalem » Pilgrim Stays
Log in to Reply

[…] the liturgical calendar. The earliest references date back to around the late third century. In Eastern Orthodoxy, it is referred to as The Entry of the Lord into Jerusalem and is one of the twelve major feasts of […]