The order that powers Potta Retreat

Although the Vincentian Congregation is not so well known outside the Syro-Malabar community of Kerala, their flagship Retreat Centre is known to almost every Catholic in India. The institution in question, of course, is the Divine Retreat Centre at Muringoor in Kerala, more popularly known as the Potta Retreat Centre. Considered to be the largest retreat centre in the world, Potta Retreat Centre has hosted over 10 million retreatants ever since its founding in 1990. Spurred on by the success of the Potta centre, the Vincentian Congregation has established 35 such centres across India and 16 centres overseas. 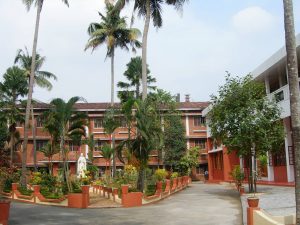 The origins of the Vincentians

The Vincentians trace their origin back to 1904 when Fr Varkey Kattarath founded the order based on the Common Rules of St Vincent de Paul and modelled on the lines of the Congregation of the Mission, founded by him in 1625. The Congregation of the Mission is a Roman Catholic society of priests and brothers and is associated with the Vincentian Family. This is a loose federation of organizations who claim St Vincent de Paul as their founder or patron and are also known as Vincentians, Paules or Lazarites. 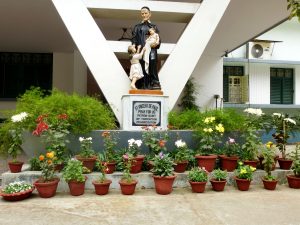 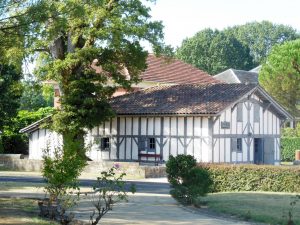 Ranquines, the birthplace of St Vincent

Congregation of the Mission

St Vincent de Paul is the patron of all works of charity. Priests of the Congregation of the Mission order, which he founded, take the vows of poverty, chastity, obedience and stability. Above all, an ardent, compassionate love of the poor is inculcated in all its members. 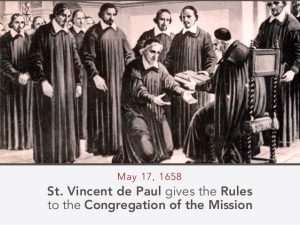 A number of organizations specifically inspired by his work and teaching sprung up after his death. Most well known among them is the Society of Saint Vincent de Paul, a charitable organization that functions in 153 countries across the world. It was founded in 1833 by a group of French university students, led by Frederic Ozanam. 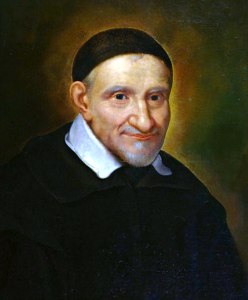 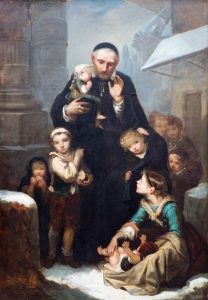 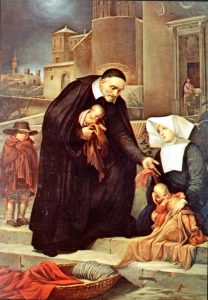 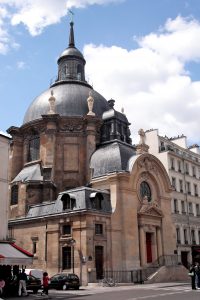 The Apostle of Charity

When St Vincent de Paul died in Paris on September 27, 1660 he was eighty years old. Twenty eight of those years were spent serving as the spiritual director of the Convent of St Mary of Angels (pictured above). The building exists till today, but it has been handed over to a Protestant organisation following the French Revolution. By the time of his death he had become the symbol of the successful reform of the French Church. St Vincent is also called the ‘Apostle of Charity’ because of his steadfast devotion to the needy. His incorrupt heart is kept in the Convent of the Sisters of Charity, Paris. His bones have been embedded in a wax statue which is on display at Church of the Lazarist Mission, also in Paris. 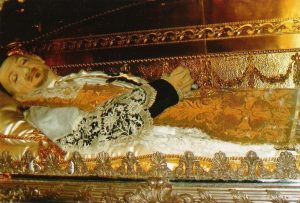 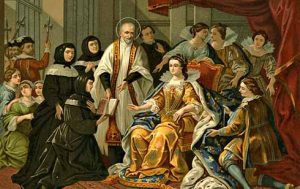 Getting it off the ground

Being a Clerical society in the Syro-Malabar Church, the Vincentian Congregation came into being with the approval of Mar Louis Pazheparampil, the first Vicar Apostolic of Ernakulam. The society was forced to disband by 1915 and was not functional until Fr George Mannara, Fr Antony Pauvathil and Fr George Vattamkandathil took the initiative to revive it in 1927.

The society was accorded recognition in 1938 and came to be known by its present name, the Vincentian Congregation. The Congregation draws its spirit and distinctive character from the life of St. Vincent de Paul, its Patron who led a led a life of great piety, devoted entirely to the poor.

Preach the Good News to the poor

St Vincent de Paul was zealous in conducting retreats for the clergy at a time when there was great laxity, abuse and ignorance among them. He was a pioneer in clerical training and was instrumental in establishing seminaries.

It was perhaps this sense of purpose in his mission which led the Vincentian Congregation towards their extremely popular foray into retreats. The motto of the Congregation after all is drawn from a verse of the gospel of Luke (4:18), ‘To preach the Good News to the poor.’

The good that men do

Besides Retreat Centres, the Congregation also runs a chain of de Paul schools and colleges across India, with an aim to take education to marginalised sections of society. True to the egalitarian views and compassionate ideals of its founder, the Vincentian Congregation ensures that the education provided is within the reach of the less fortunate. These educational institutions lay great stress on character formation, the spirit of love, service and fraternity, while moulding them into worthy children for the church and country.

The Congregation also renders service to the diocesan clergy by conducting renewal programs, assisting in ongoing formation of seminarians as well as stepping in to serve in parishes where there is shortage of priests. Priests from the Vincentian Congregation are actively engaged in serving at various parishes across India as well as overseas.

You can read more about some of the Vincentian Retreat Centres here: