Easter Sunday and the history behind the celebrations 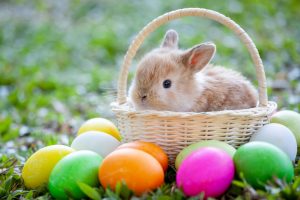 Celebrated throughout the Christian world, Easter Sunday commemorates the resurrection of Jesus Christ. It also marks the end of Lent, a period of prayer and penance. Many customs and traditions are associated with Easter, a feast that’s central to Christian belief. Surprisingly though, a few of them predate the Christian era and have descended from pagan customs. As is the case in many parts of the world, these symbols were incorporated into Christian practice by early missionaries seeking new converts. 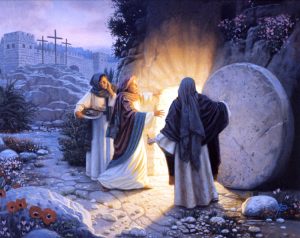 Why is Easter called Easter?

The answer to this may like in pagan history and appears in an ancient text of the 6th century. According to St Bede, the Venerable who wrote the Ecclesiastical History of the English People (Historia ecclesiastica gentis Anglorum), the word Easter derives from Eostre. St Bede wrote that Eostre was the Anglo-Saxon goddess of spring and fertility. Although that name does not appear anywhere outside of St Bede’s book, scholars speculate that he might most likely have referred to the ancient Germanic goddess of dawn, Ostara. 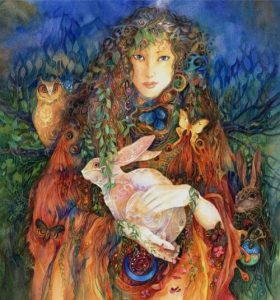 Another school of thought maintains that Easter comes from the Latin word for dawn alba or the plural in albis. This word morphed into eostarum, in Old High German, a language in use between 750-1050 AD. It is one of the precursors of the English language of today.

Ostara and the hare 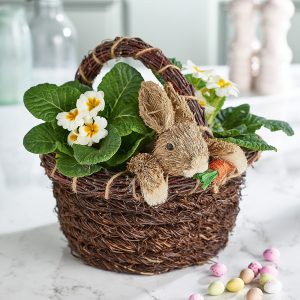 Ostara, the ancient Germanic goddess, as it turns out, does have another connection to Easter. As folklore goes, Ostara chanced upon a bird whose wings were frozen. She took pity on it and transformed it into a hare, but one which still retained its ability to lay eggs. Out of gratitude, the hare (the female of which is called jill) laid coloured eggs for her festival. It was, of course, the spring festival, which with the arrival of Christianity merged with Easter. 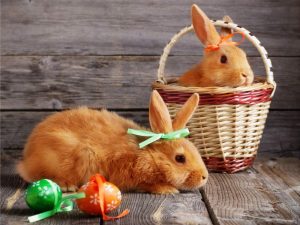 Some have disputed the story of Ostara and the hare. They state that it does not appear in German mythology. The story is said to have appeared in writings from only around the mid-1800s. There is a similar tradition associated with early German and Dutch settlers in Pennsylvania and appears first as far back as the 1700s. These pioneering settlers had a custom of presenting toy rabbits or hares stuffed with cotton and giving them away as gifts on Easter morning. 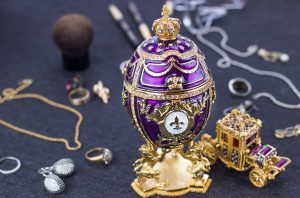 No story about Easter can be complete without mention of the Faberge Egg. Specially commissioned by the Russian Tsars, these were a series of intricately jewelled eggs crafted by the House of Faberge. The first of these eggs was gifted by Tsar Alexander III to his wife the Empress Maria Feodorovna, on the 1st of May 1885. Crafted under the supervision of Peter Carl Faberge, the first egg was remarkably well-crafted. It began what was to become a succession of masterpieces. The egg sported a gold band around the middle of its enamel shell that enclosed a golden yolk. The yolk opened to reveal golden straw, atop which sat a golden hen sporting a miniature replica of the Imperial Crown. 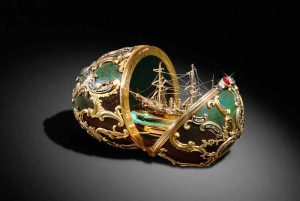 The Empress was so enraptured by the gift that the Tsar appointed Faberge a goldsmith by special appointment to the Imperial Crown. The Tsar commissioned another egg for Easter the following year and for every year until 1917. Peter Carl Faberge produced a succession of highly intricate designs, each more elaborate than the one before. There was a brief break in 1904 and 1905 on account of the Russo-Japanese war. Only 57 of the approximately 69 eggs produced are traceable. 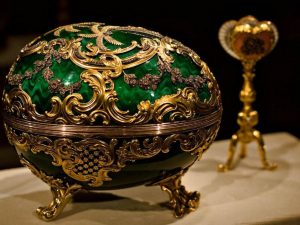 Due to their limited numbers, these fabled eggs are priceless. The most expensive of them, the Third Imperial Faberge Egg, was sold in an auction to an unidentified buyer for an estimated $33 million. The Faberge workshop in St Petersburg was taken over by the state in 1917, in the wake of the Russian revolution. As a result, the Faberge family left Russia and moved to Paris.

And finally, the Easter Lily.

The origins of the Easter lily are obscure. However, art from the 14th-century pre-Renaissance period depicts the archangel Gabriel at the Annunciation with a lily. The lily symbolised purity and birth but soon came to be associated with the resurrection of Christ. 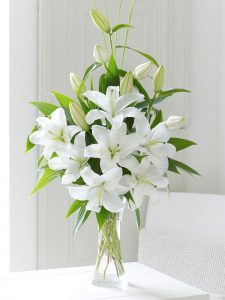 Along with the lamb, a legacy of the Jewish Passover, the eggs and bunnies of pagan Europe, Easter Sunday has evolved from a spring festival to one that symbolises hope and renewal.