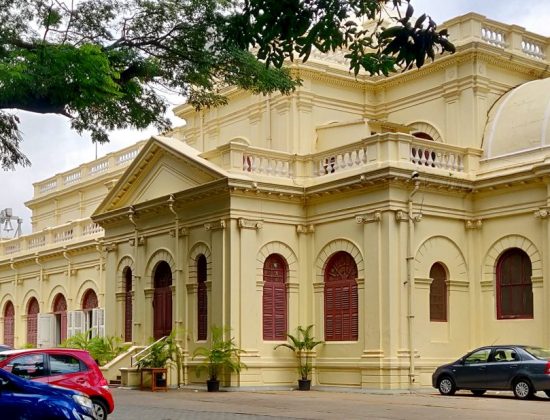 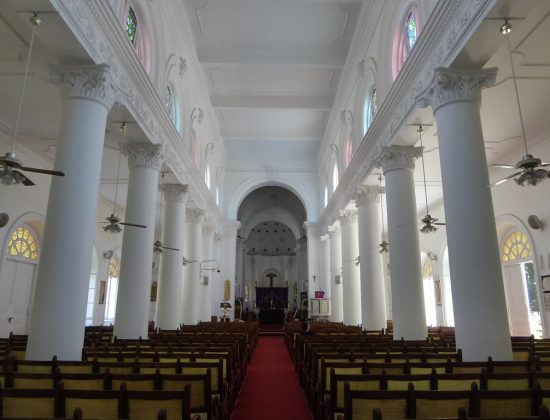 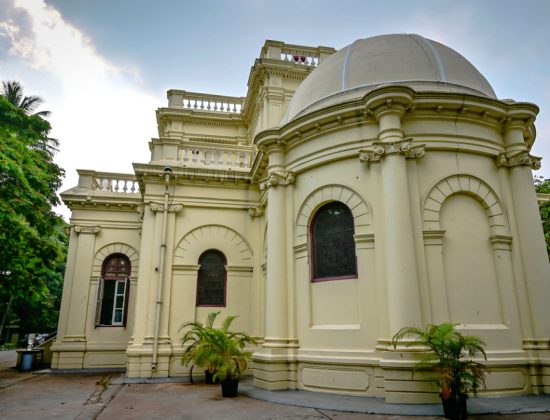 The roots of St Mark’s Cathedral, Bangalore are strongly military, considering that it was established to cater to British troops stationed at the Cantonment of Bangalore. Soon after the fall of Tippu Sultan in the Battle of Srirangapatna in 1799, the British decided to make Bangalore their headquarters in South India. The salubrious climate that Bangalore provided in that era would no doubt have greatly influenced the decision. Whatever the cause may be, it had the effect of making Europeans descend on the garden city in droves and soon the need for a decent chapel was felt.

And so it came to pass that the highest spot of land approximately midway between the Fort and Cantonment barracks was chosen to house the proposed chapel. Work on what was to later become St Mark’s Cathedral commenced in 1808 and was completed in 1811. The formal consecration was held in 1816 at the hands of the Anglican Bishop of Calcutta. Designed primarily to serve as a garrison church it had a relatively small seating capacity of 400 at the time of its opening.

It may come as surprise to read what was said about the edifice in its opening years. The Reverend Frank Penny, eminent church historian described it in his book ‘The church in Madras’, as “…one of the ugliest buildings ever erected, looking for all purposes like a Bryant and May’s matchbox”. The church has been rebuilt many times in the two hundred odd years of its existence, the most memorable instance occurring soon after the 1923 fire which gutted a substantial portion of the Cathedral. Located right in the heart of the most fashionable district of Bangalore, St Mark’s Cathedral is today one of the most prominent landmarks in the area.

The majestic bearing with which it carries itself has been compared to the well known St Paul’s Cathedral of London after which it is modelled. Possessing an amalgam of architectural styles mainly on account of successive enhancements at different times in its history, this beautiful colonial-era cathedral has an imposing dome, semi-circular chancel and roman arches. The ornate entrance is inlaid with intricate carvings on the wood work. Both the pulpit and the baptismal font are made from Italian marble of Genoese origin. Beautiful stained glass work based on various biblical themes is on display inside the cathedral.

Being birthed as a garrison chapel, it is quite natural that St Mark’s Cathedral, Bangalore has military written all over its stately walls, and quite literally at that. The cathedral has numerous plaques dedicated to British officers and men who lost their lives to a variety of causes in addition to war. In 1907 the 77th Moplah Rifles, an infantry Regiment raised in 1777, was disbanded after an honourable existence of 130 years. A brass plaque to record and commemorate the event was placed by the officers of the Regiment on the west wall of the Cathedral.

A memorial plaque is also placed in memory of Lt Col Sir Walter Scott, nephew of the celebrated writer Sir Walter Scott. After Independence, the Anglican Cathedral became a part of the Church of South India. Today it serves as the main Cathedral of the Karnataka Central Diocese of the CSI. Visitors to the Cathedral will be pleasantly uplifted in this oasis of calm, located right in the heart of a bustling megapolis.