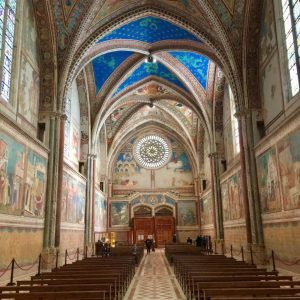 Inside the Basilica of San Francesco d’Assisi

For a small town of under 30,000 people Assisi in Italy has a hugely disproportionate influence over art and religion across Europe and indeed across the globe. When combined with Rome and Florence, this charming Umbrian town in Central Italy is an excellent place to gain a deeper and more fulfilling experience of Italy. This is a town that is so overwhelmingly white and brown, that it reminds you of the Cappuccino, which of course gets its name from the Capuchin friars whose origins can be traced to Assisi. 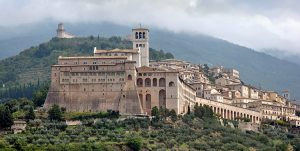 Being the birthplace of St Francis, the founder of the Franciscan order, Assisi has been immortalised in the history of the Catholic Church. The town is the centre of much of what St Francis built in his life time, which in turn led to the establishment the many institutions connected to his name. In including the Franciscan attractions of Assisi in the list of World Heritage Sites, UNESCO bestowed upon this town with a rich medieval heritage, an honour that it truly deserved. 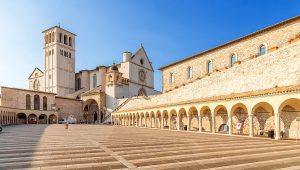 The Basilica of San Francesco d’Assisi

One of the most venerated figures in Christianity St Francis is also the patron saint of Italy. It is no surprise then that the town of his birthplace abounds with several landmarks connected with the institutions that he founded. The majestic Basilica of San Francesco d’Assisi built over his tomb is today one of the most important pilgrimage destinations in the Christian world. The first stone for the Basilica was laid by Pope Gregory IX on 17 July 1228, the day after St Francis was canonised. 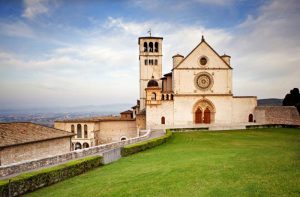 The life and abiding influence of St Francis of Assisi inspired several great Italian artists like Giotto di Bondone, Cimabue, Pietro Lorenzetti, Andrea da Bologna and Simone Martini. Many of their works are on display at the Basilica including the famed Madonna dei Tramonti painted by Lorenzetti in 1330. Completed in 1253 and consecrated by Pope Innocent IV, it’s actually two Basilicas built one over the other, both adorned with beautiful frescoes that were painted in the 13th and 14th centuries.

The lower church has paintings by Giotto and Simone Martini depicting the life of St Francis, while its impressive vault is built in late Romanesque style. The upper church with a similar floor plan has frescoes painted by Cimabue. It also has paintings of 28 scenes from the life of St Francis which are said to have been painted by Giotto and his students. The remains of St Francis are contained in a stone sarcophagus which is placed in the crypt of the Basilica. 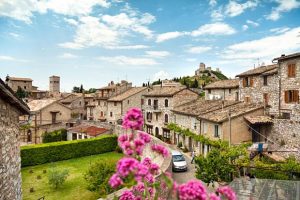 Assisi retains much of its medieval charm

The Roman Catholic Church accords the special status of Basilica, to churches of great historical or religious significance. Thus there are only four Major Basilicas in the world, all of them being situated in Rome. Similarly there are only three Papal Minor basilicas of which two are in Assisi, Italy. Interestingly Assisi’s two Papal Basilicas have lent their name to two of California’s most famous cities. San Francisco has been named after the Papal Basilica of San Francesco d’Assisi, while Los Angeles draws its name from the other Papal Basilica of Santa Maria degli Angeli. 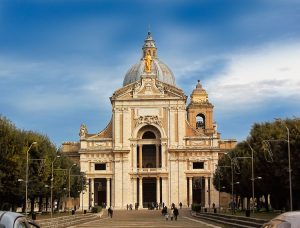 The Basilica of Santa Maria degli Angeli is built over the cell in which St Francis died and was completed in the Renaissance period between 1569 and 1630. Located about four kilometers west of Assisi, it has an imposing appearance dominated by its massive dome and an impressive facade. It has a rose garden containing thorn-less roses, which according to tradition is on account of the penance offered by St Francis. Nearby is the Cappella delle Rose decorated with exquisite frescoes by Tiberio d’Assisi. The village which is also named Santa Maria degli Angeli is within walking distance from the town and is an excellent spot for a day’s outing. 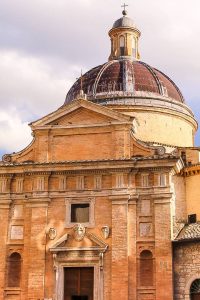 Besides the two Papal Basilicas, Assisi is home to the Basilica of St Clare, the Cathedral of St Rufinus, Church of San Damiano and the Chiesa Nuova- a church built over the birthplace of St Francis of Assisi. 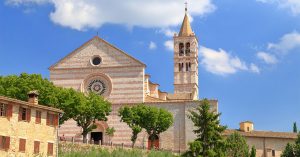 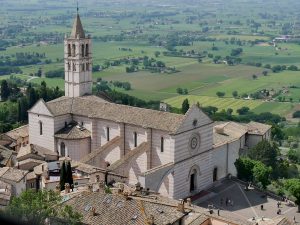 The Basilica of St Clare

Assisi, Italy is also famed for the many saints it produced in addition to St Francis. Prominent among them are St Clare, St Agnes of Assisi, St Gabriel of Our Lady of Sorrows, St Rufinus, St Vitalis and St Sylvester. 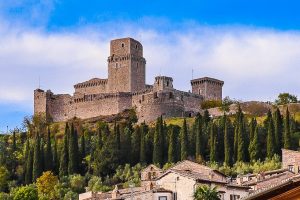 Rocca Maggiore, the medieval castle that overlooks the town

In the midst of a multitude of religious treasures, it’s quite possible for the town’s many other outstanding attractions to be overlooked. The skyline of Assisi is dominated by two medieval castles which were originally part of several fortresses built along the town walls. The old Via Santa Maria delle Rose ascends towards the Rocca Maggiore, the larger and more imposing of the two. It was reconstructed by Cardinal Albornoz in 1365, with later additions by Pope Pius II and Paul III. Emperor Frederick II is said to have stayed here sometimes when he was young. 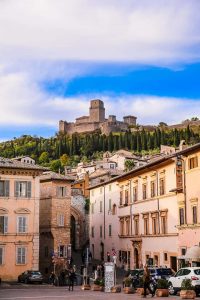 The castle is a great place to explore and has a large green area which once held vegetable gardens as a source of food supply in case of siege. A long wall from the main part of the castle connects to a watch tower which can be climbed for great views. The walkways which run along the top of the castle walls are recessed to afford protection. You can enjoy panoramic views of the town and countryside from here. Connecting the watch tower and the castle is a tunnel, while inside the castle are figures dressed in attire worn by the nobility of the fourteenth century. 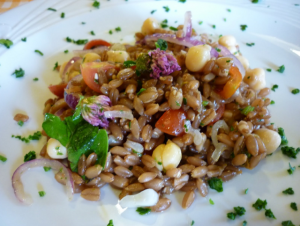 While in Rome, eat as the Romans do. The cuisine of Umbria, the region where Assisi Italy lies, relies heavily on locally available produce such as grains, legumes, vegetables, fresh herbs and not forgetting their signature topping, olive oil from the many orchards that abound the region. Umbria is known for an abundance of meat dishes, particularly lamb, pork, and game, either grilled over the fire or cooked on the spit with an abundance of herbs, but is probably most famous for its roast suckling pig. 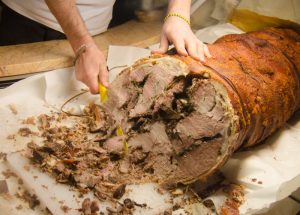 It’s most relished pork savoury is Porchetta, traditionally a nose to tail affair, in which a whole pig is deboned, packed with herbs and slow roasted on a spit. It owes its unique flavour to a type of wild fennel that only grows in Umbria and today has come of its own as a popular street food. You can pick up a Porchetta sandwich at most eateries in the region and enjoy it on the go. 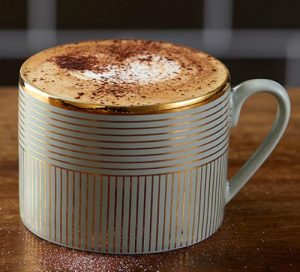 The main square in Assisi is the Piazza del Comune and has been so since Roman times. The Tempio di Minerva built in the first century BC and which was converted into the church of Santa Maria della Minerva in 1539, stands on one side of the piazza. The original Roman columns have still been retained, despite a 17th century renovation in Baroque style. 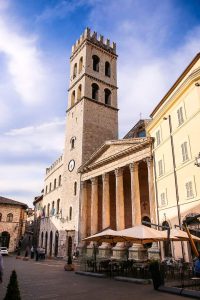 The Temple of Minerva in the Piazza del Comune

The square also has the 47 meter high Torre del Popolo, a tower built in the 1303. Beneath the Piazza del Comune is an excavated Roman Forum which can be accessed through the crypt of a nearby church connected through a passageway. Roman sarcophagi or stone coffins, fountains, statues, seats for the magistrates are some of the artifacts on display at the excavation.

The Palazzo dei Priori or the Palace of the Priors is located on the southeast end of the Piazza del Comune with the Fontana dei Tre Leoni in front of it. The Palace consists of four individual buildings, the earliest of which was completed in 1275. It is currently occupied by government offices of the city administration.

Conveniently located about 185 kms from Rome and a near similar 181 kms from Florence, Assisi, Italy is best accessed by the numerous trains or coaches that ply both the routes.

Considering the overwhelming numbers of places worth visiting in Assisi a trip of at least two days is suggested for one to enjoy the ancient treasures it overflows with. Undoubtedly Assisi is a town that punches much above its weight and is bound to provide the visitor an experience that will be treasured for a lifetime.

The Holy Land: The Franciscan Way » Pilgrim Stays
Log in to Reply

[…] Minor in Jerusalem subordinate to the parent organisation Order of Friars Minor, headquartered at Porziuncola, Assisi. The friars are tasked with the Custody of the Holy Land. Specifically they are to ‘guard the […]