Pilgrim Stays is focused on Christian Travel and Experiences in India. Our offerings appeal to people of all faiths and backgrounds who want to experience the rich Heritage, Art, Culture and History associated with Christianity in India and in some cases around the world.

Christianity is the third largest religion in India with about 3% of the population (30mn people) and it may surprise many global travelers but its history is claimed to go back to 52A.D. Over the centuries, Christian Art, Architecture, and History has been influenced by a variety of Foreign missionaries and powers including the Portuguese, Dutch, French, and of course the English alongside the beliefs and traditions that Indians had prior to their exposure to Christianity.

The Christian community has made significant contributions to India in the fields of art, science, healthcare and education and there are numerous examples of Churches, Guest houses, Shrines, Forts, Noble homes as well as Ruins across the country based on historic events over the centuries. These are of great interest to both Christians as well as non-Christians and Pilgrim Stays aims to provide an authentic way to experience these priceless works.

We also organize group tours focused on different segments including the youth, senior citizens, families, school children, and scholars which appeal broadly to those looking to strengthen their personal relationships or deepen their understanding of the faith.

As such our properties include both places of historic value and resorts in scenic locations across the length and breadth of India. We aim to bring these properties into the public domain based on our four core values:

Our Responsibility is to ensure no surprises.

Our information is deeply researched and intended to give context.

Fairly Priced to ensure all walks of society can Travel.

We focus on Fun blended with relationships for memorable experiences

Tripvillas is one of the world’s leading holiday home rental companies and has a variety of assets including its management software, booking engines, distribution, Property Management tools etc. It also owns Holiday Home Times – a platform to disseminate knowledge within the industry. The company was founded in 2010 by Roshan DSilva and is backed by Marquee investors including the Singapore Government (NRF).

ATC is India’s leading publishing powerhouse of Christian Literature. Founded in 1946 it has gained the trust of millions of users with its innumerable titles that touch every facet of Christian life. ATC has excelled in multiple important projects for the Catholic Church, the latest being the new Lectionary published for use in all Catholic churches. ATC has for long been considered one of the pillars of the community.

Pilgrim Stays was launched at Bangalore on the 16 February 2020, at the plenary of the Catholic Bishops Conference of India. The website was launched by His Eminence Oswald Cardinal Gracias, President of the Conference of Catholic Bishops’ of India and Member of the Council of Cardinals in the presence of His Excellency Giambattista Diquattro, Apostolic Nuncio to India, His Eminence Cardinal George Alencherry, Head of the Syro-Malabar Rite church and His Eminence Baselios Cardinal Cleemis Catholicos, Head of the Syro-Malankara Rite Church besides over 180 of the Archbishops and  Bishops of India.

You can read more about the launch event here. 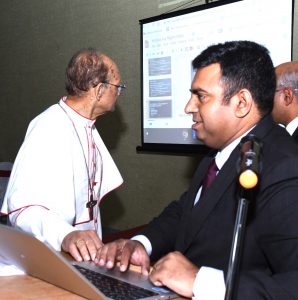 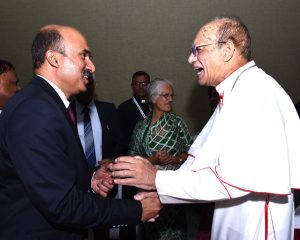 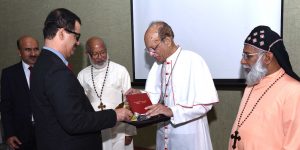