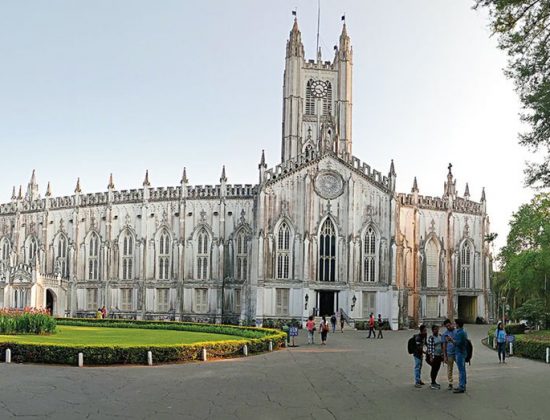 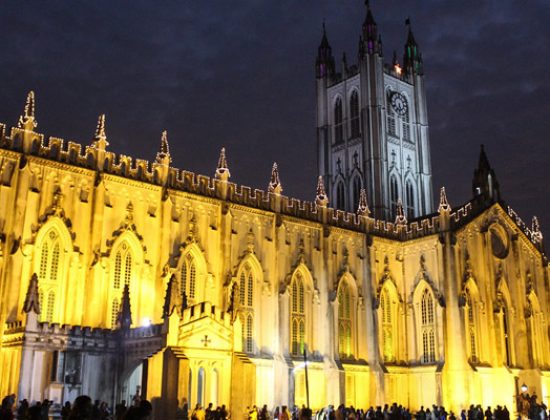 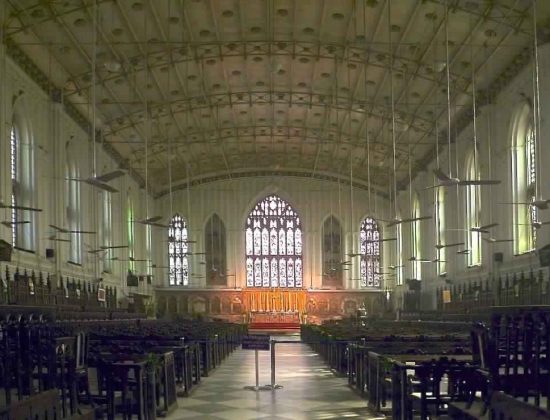 When complete in 1847, the St Paul’s Cathedral, Kolkata, signalled the rise and consolidation of the British presence in India. An Anglican Cathedral by origin and now part of the Church of North India, it is considered the largest cathedral in Kolkata. Having set foot in India, primarily to trade in textiles and spices, the British focus soon turned to acquiring political power. Following their victory in the decisive Battle of Plassey in 1757, the English set about making Bengal the hub of their activities in India. It was in such a setting that the need for a cathedral arose to cater to the spiritual needs of the growing numbers of Europeans in what was then Calcutta.

Until the completion of St Paul’s, it was St John’s Church that served as the Anglican Cathedral of Calcutta. St John’s Church was erected by the East India Company in 1787, soon after cementing their hold in the region. By the mid 1800s it had become too small to serve as the seat of the Anglican Diocese of Calcutta. In 1819, the architect Major William Forbes, was requested by the Governor-General of Bengal to come up with a design for a new cathedral. The design however was not accepted as the estimated cost of construction was considered too expensive.

The initial plans were submitted during the time when Bishop Middleton held office. Soon Bishops Heber, James and Turner took over in quick succession but all died after brief tenures. It was not until Bishop Daniel Wilson assumed office in 1832, that plans for the cathedral finally made headway. Built in the Indo-Gothic style, meaning Gothic architecture adapted to meet the climatic conditions of India, this stately edifice remains one of the principal landmarks in Kolkata to this day.

Rising to a height of 201 feet the central spire is modelled on the Canterbury Cathedral, the mother church of the worldwide Anglican Communion. The tower on which the spire is mounted was fitted with five clocks, each of which weighed about three tons. A decorative reredo adorns the main altar, besides carvings depicting episodes from the life of St Paul, the Annunciation, the Adoration of the Magi and the Flight into Egypt, which were created by Sir Arthur Blomfield.

Standing next to the main door of the cathedral is a marble bust of Reginald Heber, who was Bishop of Calcutta in 1827. Surprisingly, it was this bust that set in motion the events leading to the eventual building of the cathedral. When Heber’s bust was received from England, Bishop Wilson couldn’t find a suitable space to display it. In a proposal to Lord Auckland in 1839, Bishop Wilson wrote: “the new Cathedral should be upon a scale in some measure correspondent with the position we hold in India, whilst our existing Cathedral (St John’s) is mean, inappropriate and incommodious…”

And that is how St Paul’s Cathedral, Kolkata saw the light of day.