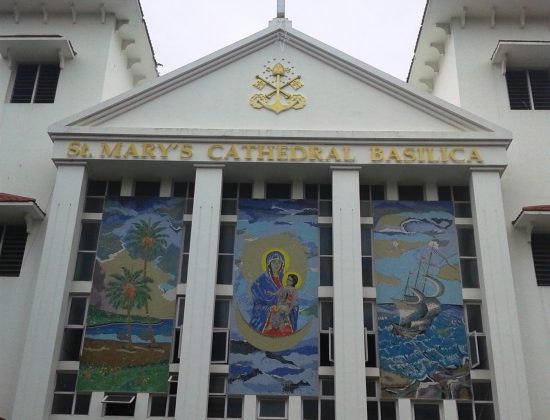 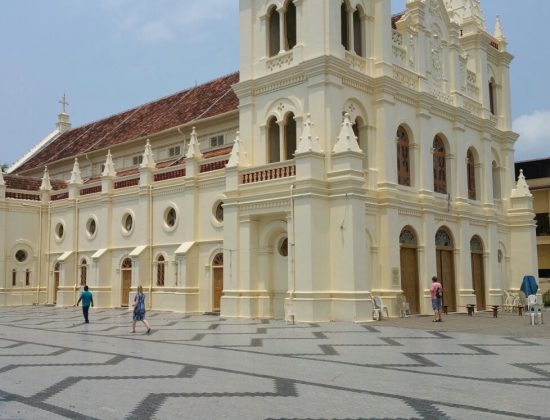 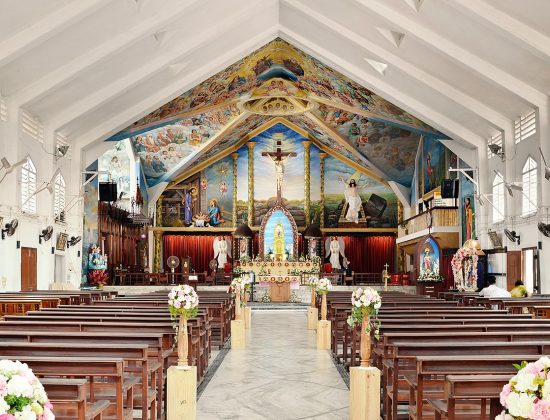 St Mary’s Syro-Malabar Cathedral Basilica is amongst the oldest churches in India. Popularly known as St Mary’s Basilica, Ernakulam it is located in the heart of the city and is a major tourist attraction. The church was established in 1112 AD, over nine hundred years ago. It is dedicated to ‘Our Lady of Ports’ and is very popular among the sea-faring community.

The Syro-Malabar Catholic Church is an Eastern Catholic Major Archiepiscopal Church based in Kerala, India. It is an autonomous particular church in full communion with the Pope and the worldwide Catholic Church, with self-governance. The name Syro-Malabar is a prefix coined from the words Syriac as the church employs the East Syriac Rite in its liturgy, and Malabar which is the historical name for modern Kerala.

The cathedral was elevated to the status of a Basilica by Pope Paul VI on 20 March 1974. Colloquially it is also known as Nasrani Palli, Anchukaimal Palli or Thekke Palli. Pope John Paul II celebrated Mass at the St Mary’s Basilica, Ernakulam on 7 February, 1986 as part of his historic visit to India.

The altar which was used by the Pope has elaborate depictions of the birth, crucifixion and the resurrection of Jesus Christ. A beautiful depiction of Jesus appearing to the doubting St Thomas the Apostle is displayed prominently in the St Mary’s Basilica, Ernakulam.

The two tall towers that beautify the entrance to the Cathedral have statues of St Peter and St Paul surmounting them. The belfry situated at the rear has a statue of St Thomas placed above it. Location wise, the basilica is right in the heart of Ernakulam at the High Court Junction.