Palm Sunday: The Entry of the Lord into Jerusalem

Palm Sunday: Beginning the week that changed the course of history

Occurring on the Sunday before Easter, Palm Sunday is the feast that begins Holy Week. It is the most sacred period of the liturgical calendar and is the culmination of Lent. The Holy Week itself ends with the Paschal Triduum- three days commencing from the evening of Maundy Thursday and ending with the evening prayer on Easter Sunday. 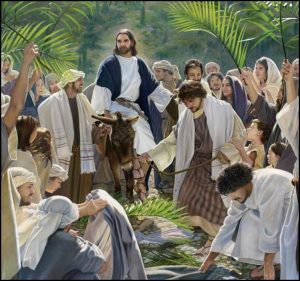 Biblical scholars theorise that the origins of Palm Sunday may lie in the Old Testament, specifically in the book of Zechariah. Chapter 9, verse 9, has particular reference to the coming of Zion’s King:

See, your king comes to you,

lowly and riding on a donkey,

on a colt, the foal of a donkey. 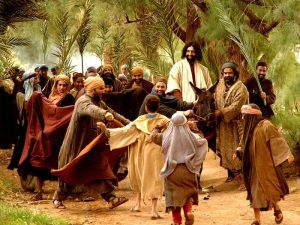 Jesus rode into Jerusalem, choosing a donkey over a horse, to be jubilantly greeted by the people there. They placed palm leaves on his path, a few laid down their cloaks as well. The symbolism of choosing a donkey over a horse indicates that Jesus came in peace, as opposed to horses which traditionally fronted an army marching into war. This act of riding into Jerusalem on a donkey suggested that Jesus was affirming that he was indeed the King of Israel. It was considered an affront by the Sanhedrin (a Jewish judicial body) and was one of the reasons cited to justify his crucifixion. 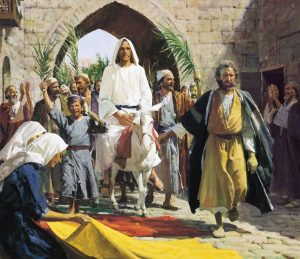 The events that followed are too well known to bear repetition. The crucifixion of Jesus and his subsequent resurrection laid the foundation of Christianity. It went on to become the most influential and widespread faith in history. The Apostles travelled to the furthermost corners of the earth and spread his message of love and compassion. Empires rose and fell in the centuries that followed. It inspired numerous works of art and music. It is, without doubt, one of the most significant markers in the history of man. 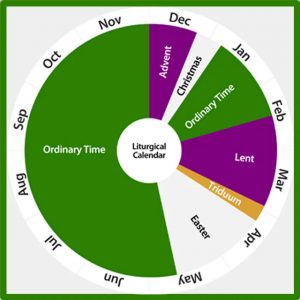 It is not known when Palm Sunday entered the liturgical calendar. The earliest references date back to around the late third century. In Eastern Orthodoxy, it is referred to as The Entry of the Lord into Jerusalem and is one of the twelve major feasts of the Eastern liturgical year.

The significance of the Palm:

In what is a custom that originated in ancient times, it was a practice to cover the path of someone worthy of the high honour, with garments or small branches. The palm frond was the most preferred leaf, as it symbolised virtue and victory. The palm leaf occupies an important place, especially in the ancient cultures of the Levant. It features on coins, is depicted in several historical buildings and mentioned in ancient literature. 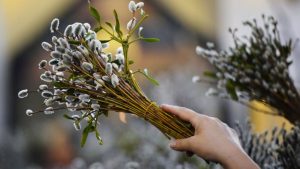 As the palm tree is native to warmer climes, the leaf is difficult to procure in colder countries. Hence trees like olive, yew and willow have become popular substitutes, especially in Northern Europe. Although the manner of observance of Palm Sunday is uniform across the Christian world, there are some interesting variations. In Finland, it is commonplace for children to go around their neighbourhoods dressed as Easter witches. Similar to the Halloween trick or treat, children trade decorated pussy willow branches for coins or candy. 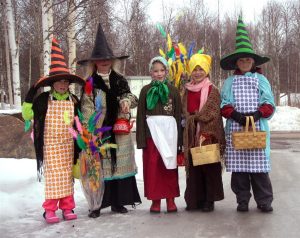 The day is not one of celebration. On the contrary, it sets a sombre note for the coming week of Our Lord’s passion. It is a time for reconciliation and a return to the faith. This is borne out in the record attendances that most churches witness on Good Friday.