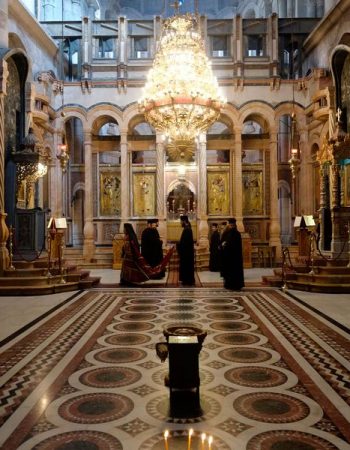 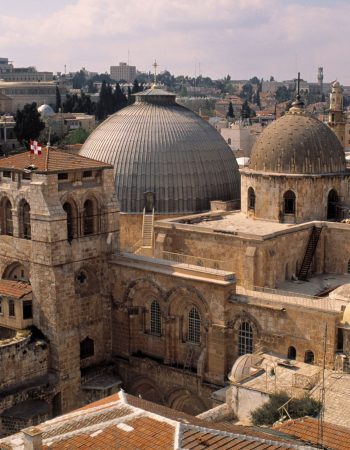 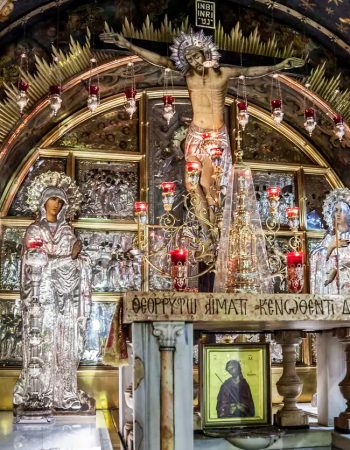 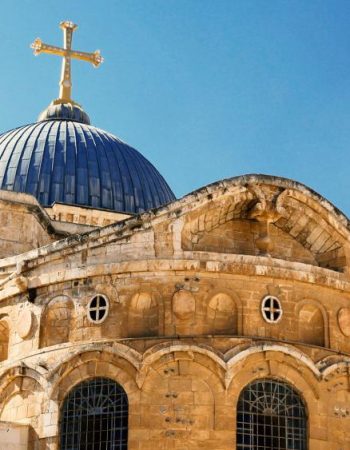 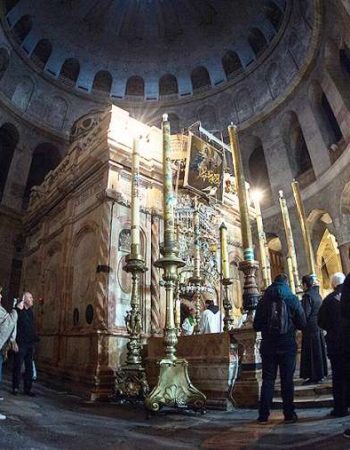 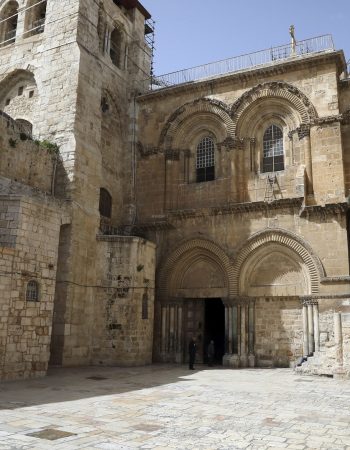 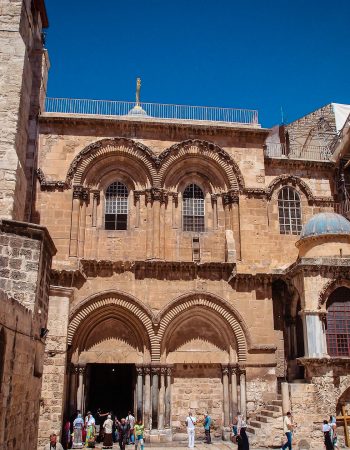 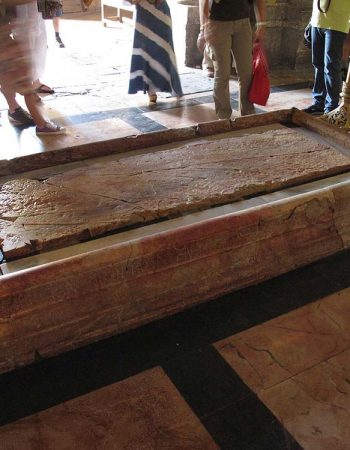 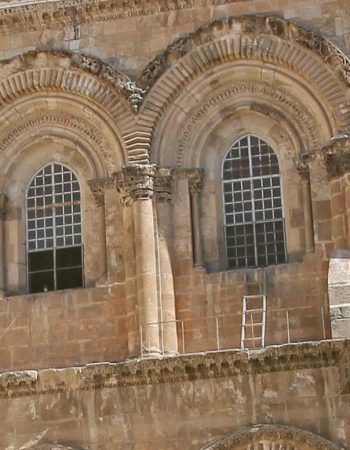 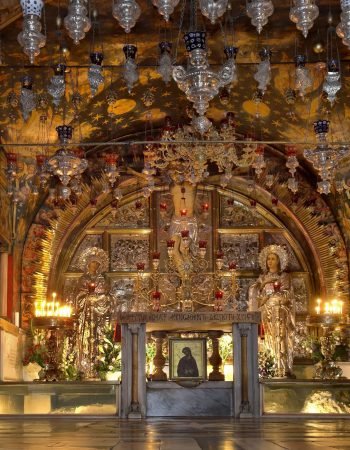 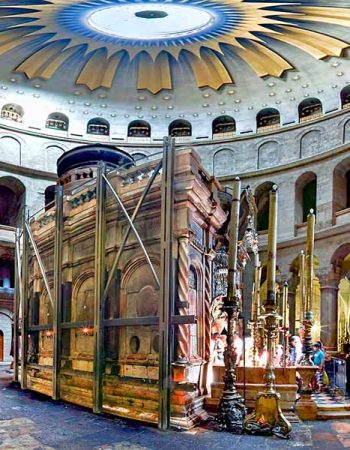 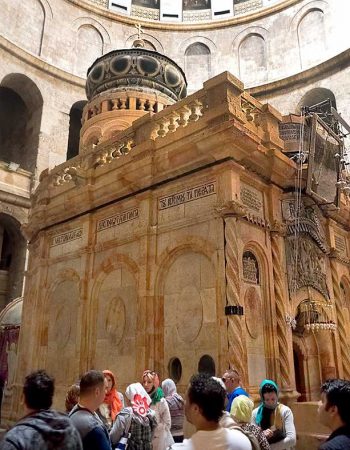 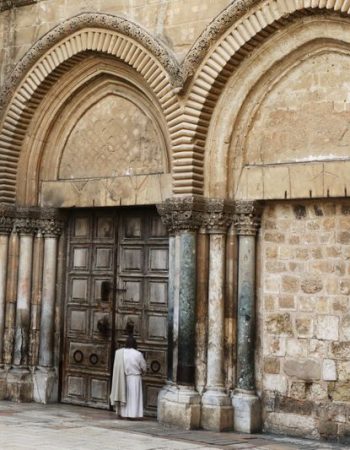 Church of the Holy Sepulchre Claimed

Arguably the holiest shrine in Christendom, the Church of the Holy Sepulchre lying in the northwest quarter of the Old City of Jerusalem, has a history that goes back to the day Jesus was crucified. Traditionally believed to be the site where Jesus was crucified and also housing his empty tomb where he was buried and resurrected, there has been much debate whether this is the exact location.

Christians fled Jerusalem in 66 AD, shortly before the Jewish Rebellion- an uprising that sought to overthrow Roman rule over Judea. The city and its temple were completely destroyed by the Romans when they retook it in 70 AD. Decades later in 135 AD, the Roman Emperor Hadrian had the rock-cut tomb of Jesus filled and over which a temple dedicated to Jupiter or Venus was built. And so it remained until the time of the conversion of Emperor Constantine.

The proclamation of the Edict of Milan in 313 AD by Emperor Constantine and the acceptance of Christianity in the Roman Empire was a turning point in the history of early Christianity. The Emperor ordered the reconstruction of the Holy Sepulchre stating “that it should surpass all the churches of the world in the beauty of its walls, columns, and marbles.” The Roman temple was demolished and in its place a massive 250-foot-long basilica having an open-air colonnade enclosing the traditional site of the Crucifixion was erected.

St Helena, a Christian of Greek origin and mother of the Emperor, was a great influence in bringing about this change. After his conversion, Constantine sent his mother to Jerusalem to look for the tomb of Jesus. Once the ruins of the Roman temple were removed from the site, the rock-cut tomb of Jesus was revealed once again. This was the spot where Jesus had risen from the dead. To facilitate veneration of this holy spot, the Emperor had a round building erected slightly to the west of the exact spot.

The Church of the Holy Sepulchre has seen numerous events in its history, being burnt and razed to the ground, subjected to earthquakes, and being rebuilt and renovated as it changed hands between the various powers that held Jerusalem at different points in history. The Persian Sassanid Empire invaded Jerusalem in May 614, captured the original True Cross and burnt down the Constantine structure. The Roman Emperor Heraclius retook the city in 630 AD and had the church rebuilt.

By this time Islam had been founded in the early seventh century. The Rashidun caliphate, which now was a newly established Muslim power in Arabia, conquered Jerusalem in 637-638 AD. It remained however, a Christian church under the early Muslim rulers who prohibited the destruction or misuse of Christian sites. Muslim rule continued until 1099, during which period the city saw incessant warfare between various Muslim tribes, in addition to an earthquake in 746 AD which severely damaged the Holy Sepulchre.

Heeding the call of Pope Urban II, who in 1095 called on Christian powers to assist the Byzantine Empire, the Crusades were launched to regain territory that had been taken over by the Muslims. Four years later on 15 July 1099, the Crusaders had reached Jerusalem which they took from the Fatimids, who had only a year previously ended a quarter century of Turkic rule. The victorious knights rushed to the Holy Sepulchre, where they immediately ejected the Greek Orthodox clergy who controlled the church. The Crusaders suspected them of being complicit with the previous Islamic rulers and considered the Greek Orthodox, who had broken away from the Roman Church in 1054, to be heretics.

When the Crusaders entered the once majestic structure it was in a state of disrepair having been battered by years of neglect and earthquakes. The Crusaders had the church rebuilt in the grand Romanesque and early Gothic style, uniting for the first time all three areas into a single structure which survives to this day. The Holy Sepulchre was lost to Saladin in 1187, and except for a brief period after the Third Crusade, it remained in Muslim hands until the modern era. The church standing at the site in the present day dates mainly to 1810, although significant repair and restoration has been undertaken since.

The actual control of the church has been split between various church denominations in complicated arrangements that have remained unchanged for a long. The primary denominations that share control of the Holy Sepulchre are the Greek Orthodox, Roman Catholic and Armenian Apostolic Churches. In the 19th century the Coptic Orthodox, the Ethiopian Orthodox and the Syriac Orthodox Churches acquired lesser responsibilities and also control of some of the shrines and structures in the complex. There are frequent squabbles between the various churches and an uneasy peace was brokered by the Ottoman status quo in 1757.

It might come as a surprise to learn that the gatekeepers of the holiest Christian shrine are Muslim. The Nuseibeh family has, since the 7th century been responsible for opening the door, as a party that treats all denominations impartially. When in 1187 when Saladin captured Jersusalem, the keys were entrusted to the Joudeh Al-Goudia family. The Nuseibeh family remain the doorkeepers to the Holy Sepulchre to this day.

Known as the Aedicule, the shrine that encloses the tomb has largely been under the Greek Orthodox Church. In 2016 the tomb was opened for the first time in centuries and samples of mortar were taken from its limestone surface and the marble slab covering it. The results dated back to 345 AD, providing evidence of the first structure erected by the Emperor Constantine. This finding acquires great significance and confirms the historical sequence of rebuilding the tomb of the man whose influence over mankind remains unparalleled in the annals of history.

Some of the monuments at the Church of the Holy Sepulchre:

The Aedicule—the building above where Christ’s tomb used to be, current version built in 1810
Tomb of Joseph of Arimathea—under the jurisdiction of the Syrian-Jacobites
Anastasia Rotunda—commemorates the resurrection
Chapel of the Apparition to the Virgin—under the jurisdiction of the Roman Catholics
Virgin’s Pillars—Greek Orthodox
Chapel of the Finding of the True Cross—Roman Catholics
Chapel of St Varian—Ethiopian Orthodox
Parvis—the colonnaded entryway—jurisdiction shared by Greek Orthodox, Roman Catholic, and Armenian Apostolic
Stone of Anointing—where Jesus’s body was anointed after being removed from the cross
Chapel of the Three Marys—commemorates where Mary (mother of Jesus), Mary Magdalene, and Mary of Clopas watched the crucifixion
The Chapel of St Longinus—the Roman centurion who pierced Christ and converted to Christianity
Chapel of Helena—commemorating Empress Helena