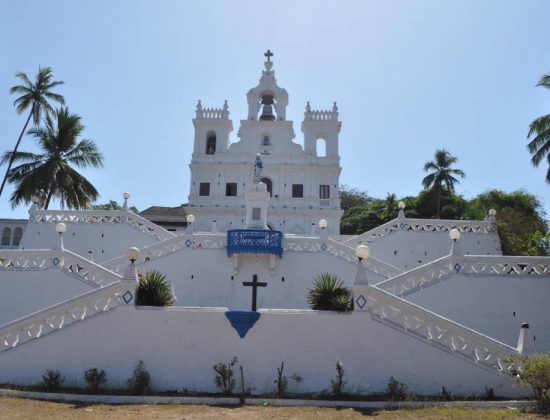 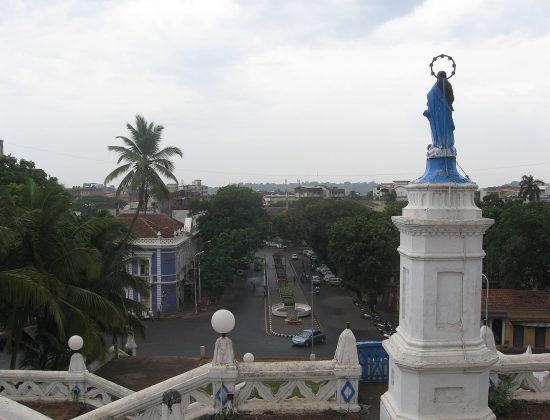 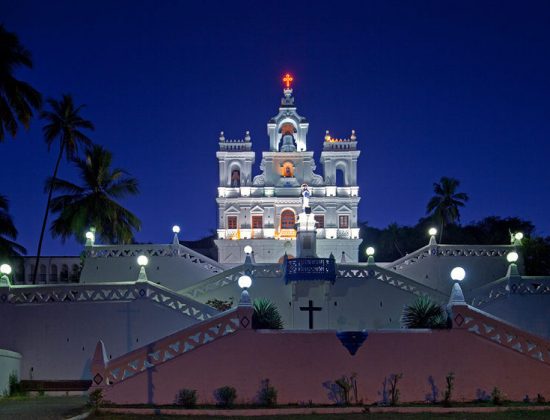 Church of Our Lady of Immaculate Conception, Goa Claimed

Standing tall right in the very heart of Panjim, the capital of Goa, is the Church of Our Lady of the Immaculate Conception, more popularly called the Panjim Church. First built as a chapel in 1541 on the slopes of the Conceicao Hill, which overlooks the city, it was frequented by sailors between from Lisbon. In those days, Panjim was the first port of call for sailors bound for the then capital city of Ela- present day Old Goa.

The chapel had to be rebuilt as it soon proved inadequate to accommodate the growing numbers. It was replaced by a larger church which was consecrated in 1619, and which is the church that exists today. While Goa’s most beautiful churches of the Portuguese era are concentrated in Old Goa, a mere sprinkling of equal stature can be found outside the former capital. The Panjim Church can be easily ranked among the latter, thanks to its distinctive appearance. Known in Portuguese as the Nossa Senhora da Immaculada Conceicao or Our Lady of the Immaculate Conception, this is Panjim’s most iconic church.

The trademark criss-crossing staircases in front of the church were added in the 18th century and give the church its single most remembered feature. The church is built with a remarkable amalgam of Portuguese-Baroque elements which have been modified to suit the climatic conditions of Goa. The layout of the church is traditional cruciform with a nave and transepts. A bas-relief carving of the Last Supper adorns the mail altar, while the pulpit has a depiction of the Holy Spirit in the form of a dove. It is the opulently carved and gilded reredos of breathtaking beauty, where the statue of Goa’s patron saint St Francis Xavier, is prominently displayed.

Its other claim to fame is the huge bell that adorns the belfry, which was moved here from the ruins of the Augustinian Church at Monte Santo in 1871. The bell was initially moved to the chapel at Fort Aguada, but a decision was later taken to install it in the more prominent Church of Our Lady of the Immaculate Conception, Panjim. The bell is second only to the Golden Bell of the Se Cathedral in Old Goa and weighs an astounding 2250 kgs. The belfry had to be reinforced before the structure could handle the added load.

Living up to its name, the Panjim Church is immaculately finished in dazzling white, which in the brightness of the sun gives it a divine appearance. In an effort to preserve its colonial heritage, a mass in Portuguese is celebrated at the church every Sunday at 10.30 am. The feast of the Immaculate Conception is celebrated on the 8th of December and this is when the parish springs to life. A nine day Novena to Our Lady precedes the celebrations, where following the procession and a firework display, a band plays lively mandos and fados- the traditional Goan music forms.