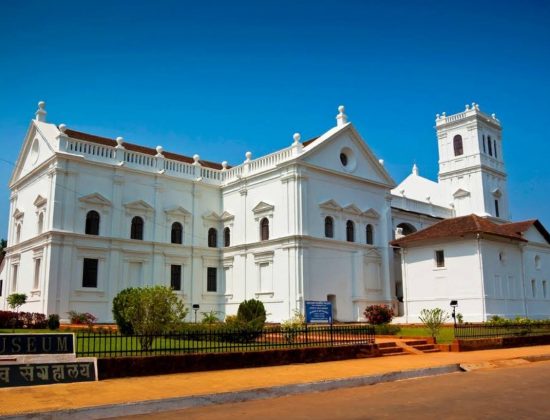 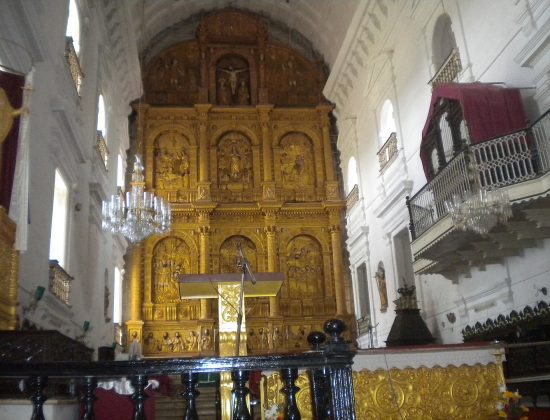 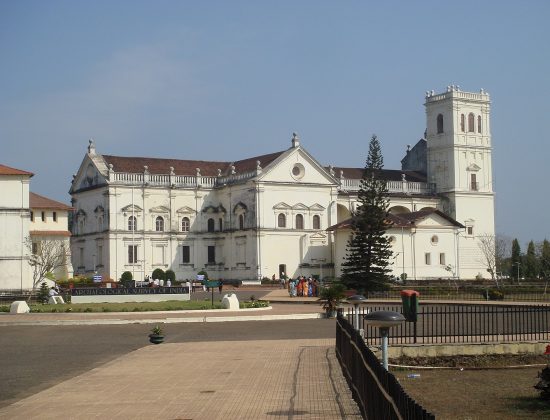 Built to commemorate the victory of the Portuguese General Afonso de Albuquerque over the forces of Ismail Adil Shah and his Ottoman allies, Sé Catedral de Santa Catarina or the Cathedral of St Catherine, is a monument to the emergence of Portuguese power in India. It is colloquially referred to as Se Cathedral, Goa and is located opposite the Bom Jesus Basilica which houses the body of St Francis Xavier.

General Albuquerque, who is considered a military genius and probably the greatest naval commander of that age, sailed into Goa on 25 November 1510 with a formidable fleet that overwhelmed the forces ranged against him. This victory was to cement the European domination of the spice trade route to India and the Far East for the next four centuries.

In 1952 the Portuguese Governor of Goa, George Cabral, commissioned the Cathedral as a befitting testament to that naval battle. As the day of the battle coincided with the feast of St Catherine of Alexandria, the Cathedral was named in her honour. St Catherine was the daughter of Constus, the governor of Alexandria in present day Egypt and was martyred at the hands of the Roman emperor Maxentius for having embraced Christianity.

It took about a hundred years for this magnificent edifice to be completed. The main structure of the Se Cathedral, Goa was in place only in 1619. The partially complete Cathedral was consecrated in 1640, but it was not until 1652 that the main altars were completed. The Cathedral is a composite of multiple architectural styles, combining elements of late Gothic, Spanish Plateresque, Mudejar and the Flemish. The cathedral is one of the most important stops in the Pilgrim Stays itinerary of Goa.

It is the most imposing of all churches in Goa and is the seat of the Patriarch of the East Indies who is also the Archbishop of Goa. The Cathedral originally had two towers, but lighting struck one of them down in 1776 and was never rebuilt since. The existing tower serves as a belfry and houses the famous ‘Golden Bell’, renowned for the richness of its peals which is said to have inspired the Portuguese poet Thomas Ribeiro to pen the ‘Sino de Ouro’ or the Golden Bell.

Se Cathedral is a great place to visit with your family. It’s right across the road from the Basilica of Bom Jesus and you could spend an entire day here between these two places. One marvels at the collection of historical artefacts. Don’t miss this place when you visit Old Goa.