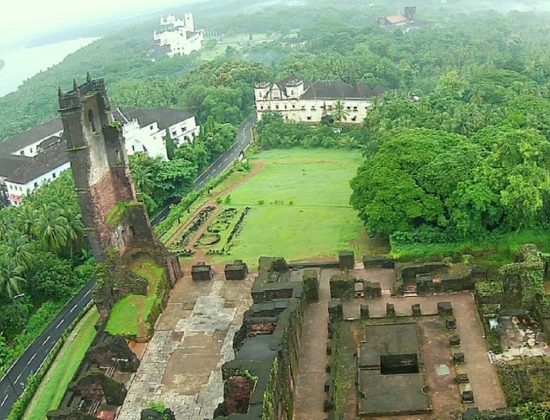 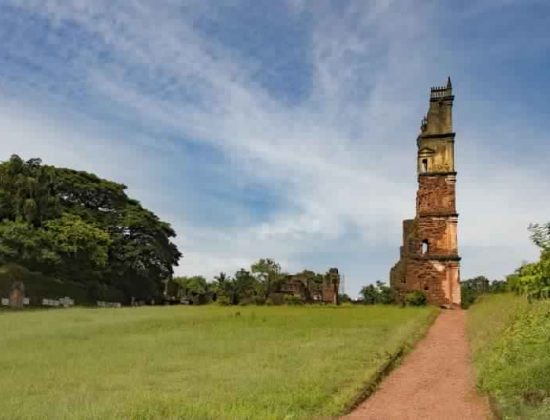 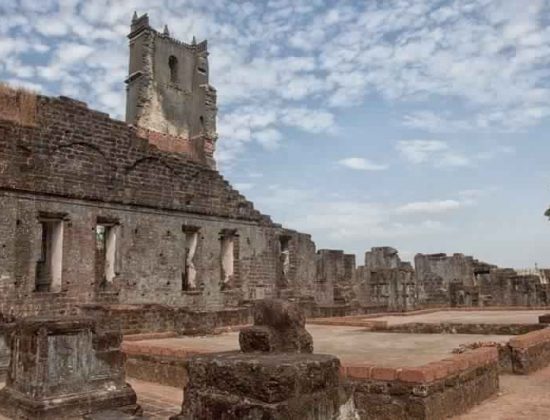 Declared by UNESCO as a World Heritage Site in 1986, the ruins of St Augustine Church, Goa are one of seven such sites, all of which are located in Old Goa. Velha Goa was the capital of the Portuguese in India until 1843, when they moved to Panjim or Nova Goa as it was named then. This church was considered as one of the three great Augustinian churches in the Iberian world along with El Escorial in San Lorenzo (the historical residence of the King of Spain) and the Monastery of São Vicente de Fora ( a 17th-century church and monastery in the city of Lisbon).

The Portuguese colony of Goa, especially Velha Goa, was the epicentre of evangelisation, from where Christianity spread to the East. The city which had a population of around 200,000 in 1543 was the headquarters of all the religious orders that came to Goa. The Augustinians friars landed in Goa in 1587 and commenced building the church atop the Monte Santo or Holy Hill in 1597. When completed in 1602, the complex comprised of the church of Our Lady of Grace, the Convent of Saint Augustine, the College of Populo and the Seminary of St Guilherme.

At the time of its consecration the church of Our Lady of Grace originally contained eight chapels, four altars and four towers each standing four storeys high. Inside the church was a high altar, with a richly carved retable as a background and adorned by soaring columns to complement the impressive sanctorum. Installing the massive vault or high ceiling above the altar, was a complex engineering feat. It is said to have collapsed twice while being constructed. A massive loft near the altar could hold a choir large enough to do justice to a Cathedral of this magnitude. The dimensions of the grand St Augustine Church, Goa are so impressive that it ranked high amongst the great Imperial cathedrals of the Renaissance era.

In 1835, the Augustinians were compelled to abandon the church, in the wake of repressive policies of the then Portuguese government. Once left to the elements, the church crumbled into oblivion one piece at a time. The vault collapsed in 1846 and so did the convent soon after. In 1871, the bell was moved from the tower to the church of Our Lady of the Immaculate Conception at Panjim, where it remains to date. Of the many imposing structures that once straddled the Monte Santo, only the belfry which soared 150 feet stands.

Its story doesn’t end here, for by the late 1980’s it became clear that the St Augustine Church, Goa held greater treasures. Archaeologists from the Soviet Union and Georgia began excavations to trace the relics of Ketevan the Martyr. Kakheti, a kingdom of Georgia was invaded by Shah Abbas I, the ruler of Persia. Queen Ketevan who had ascended the throne on the death of her husband, was asked to join the Shah’s harem and convert to Islam, or be tortured and executed. The Queen chose the latter and was martyred on 13 September 1624.

Before her death however, Queen Ketevan had befriended two Augustinian monks. After she was buried, the faithful monks dug up her remains and smuggled them out to Goa. An ancient Portuguese document suggests that the remains were entombed in a black sarcophagus kept at the convent of the Augustinian monks in Goa. Bone fragments excavated by the ASI in 2005, were found to contain DNA structure absent in India, besides confirming they were that of a woman. In light of these findings and supported by historical evidence, the archaeologists concluded that the bone fragments were from the remains of Queen Ketevan.

Although not much stands today of what was once a towering edifice, a visit to this World Heritage Site is a must for any visitor to Goa, who would like to soak in the imperial flavour of colonial Portuguese India.