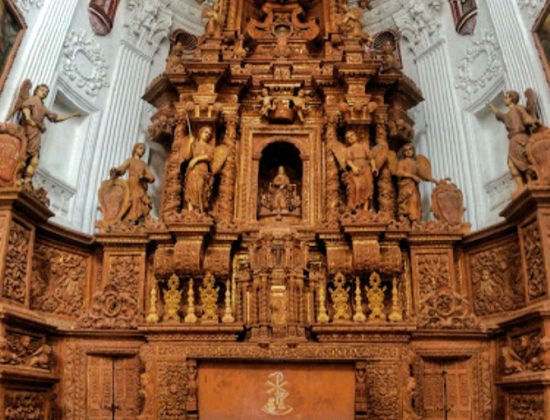 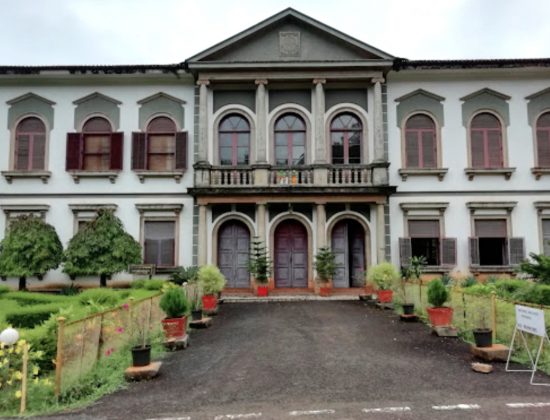 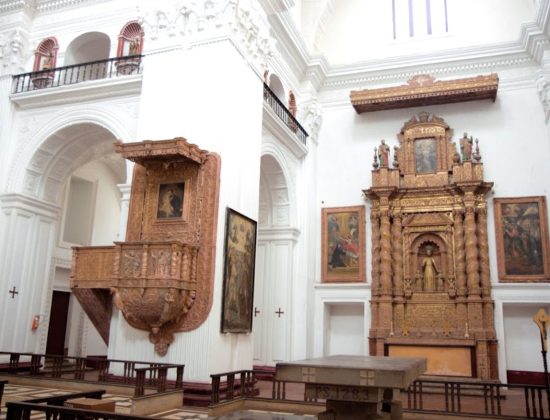 Amongst the many churches in Goa, and Goa does indeed have many, is the stunningly beautiful St Cajetan Church. Looming right behind the Se Cathedral, another Portuguese colonial era masterpiece, the St Cajetan church, Goa is an immaculate example of the Corinthian, the last of the three classical orders. Goa is generally associated with all things Portuguese, yet the St Cajetan church is one superb exception. The Italian heritage of the Theatines has contributed in no small measure in making this exceptionally well crafted edifice, stand proudly among its many Portuguese cousins.

Dedicated to St Cajetan, an Italian Catholic priest and co-founder of the Theatine religious order, the church was completed in 1661. Three Italian Theatine priests were sent to India by Pope Urban VIII in 1639 to preach Christianity in Golconda. As the monks could not make much headway in the Sultanate, they returned to Goa in 1640 and joined the Evangelisation of the East. By 1643, they had begun work on a hospital but drew the ire of the Portuguese Viceroy Filipe Mascarenhas. Being foreigners, they were considered unwelcome and banished from Goa in 1645.

Fr Pedro Avitabili, the leader of the Theatine priests, secured an audience with King John IV of Portugal, and convinced the ruler that the Theatines posed no threat to the Portuguese priests in Goa, but would actually be of great help in the evangelisation effort. Armed with Royal permission, the Theatines were more welcome this time around and managed to resume work on the hospital in 1650. By 1655, King John had also permitted the Theatines to construct a church and a small convent beside it.

What followed was the extravagant church of St Cajetan, built under the supervision of the renowned Italian architects, Carlo Ferrarini and Francesco Maria Milazzo. Modelled on the St Peter’s Basilica, the church has also been noted for its likeness to the Sant’Andrea della Valle, which is a minor basilica in Rome and serves as the seat of the Theatine order. Four statues of St Paul, St Peter, St John the Evangelist and St Matthew wrought in basalt, adorn the facade. The inscription ‘Domus mea, domus orations’ meaning, ‘My House is a House of Prayer’ is etched prominently at the entrance.

A lesser known fact about the Theatines was their egalitarian commitment to the teachings of Christ. It might come as a surprise in this era, but Holy Communion was distributed only to the higher classes amongst Indian Catholics. On the demand of the Theatines, the Archbishop convened a public conference, where the Theatines quoting extensively from the Scriptures, strongly argued their case, and were thus able to establish a more equitable and fair approach to this Holy Sacrament.

St Cajetan church, Goa is built in the pattern of a Greek cross, its massive vault inscribed with passages from the Gospel of St Matthew in Latin. Of the seven altars in the church the main one is dedicated to Our Lady of Providence. The altar to St Cajetan is on the right. When pitted against the six other monuments in the UNESCO list of World Heritage Sites, it is no surprise to find this lone Italian holding its own against its equally illustrious peers.