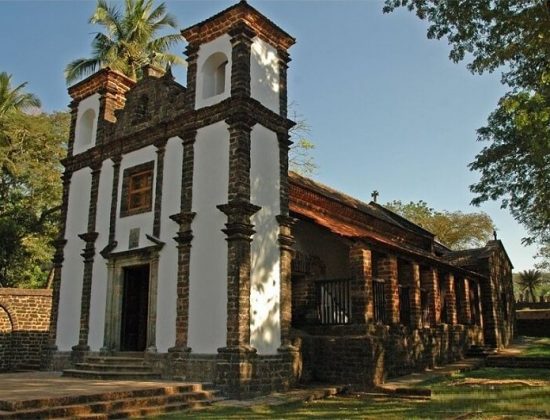 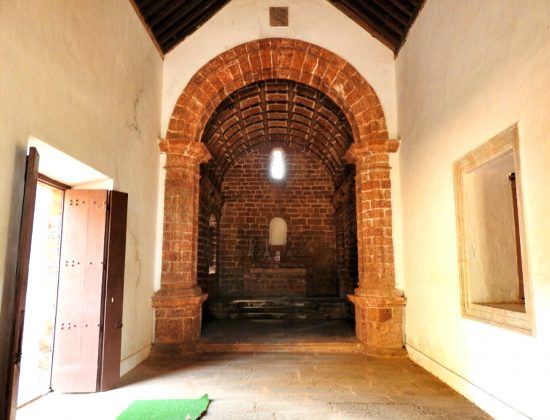 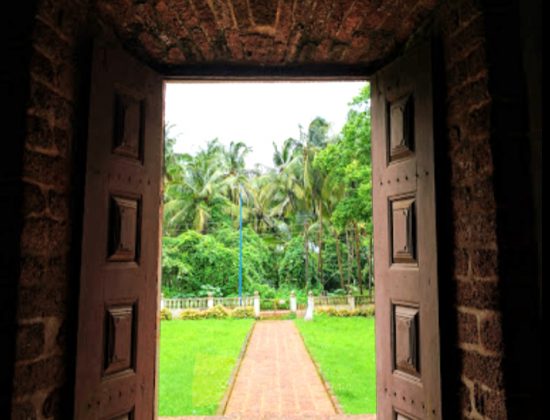 Lying to the west of the church of St Francis of Assisi in Old Goa, is the simple yet unassuming St Catherine Chapel. It was erected by the Portuguese conqueror Afonso de Albuquerque in 1510, to commemorate his victory over the Bijapur Sultan, Ismail Adil Shah. Old Goa or Velha Goa once was a Muslim city known as Ela. It is widely believed that General de Albuquerque made his entry into the city from this spot. The Chapel of St Catherine is built in the same area as the Se Cathedral which serves as the residence of the Archbishop of Goa.

Although not as large in size or as grand as its neighbours, St Catherine Chapel is an important marker of the Portuguese presence in India. The chapel was elevated to the status of a Cathedral by Pope Paul III in 1534. It was enlarged in 1550 by the Portuguese Governor George Cabral. An inscription in Portuguese engraved in stone, which was added during the rebuilding, states that Afonso de Albuquerque entered the city at this spot.

Historians believe that the chapel stands on the very location where the main gates to the Muslim city of Ela once stood. Facing the Mandovi River, the Chapel of St Catherine is a short walk away from the Archaeological Museum and Portrait Gallery. Differing from the other churches built by the Portuguese in Old Goa, the exterior of the chapel is a mix of lime plaster with a relief of laterite columns. A simple yet elegant altar is composed entirely in laterite and provides a marked contrast to the other churches that abound in the vicinity. The main altar is dedicated to St Catherine upon which stands another statue of Our Lady of Piety.

Despite its simplicity, the Chapel has many elements of the Renaissance in its architecture. Two towers placed on either side of the facade give it the appearance made so famous in beautiful churches of its time. A statute of Our Lady is placed quite close to the entrance. The rectangular window panes are constructed in the old Portuguese style and are dressed in mica shells.

The chapel itself is not functional today and is maintained by the Archaeological Survey of India. The Se Cathedral, the church of St Francis of Assisi, the Archaeological Museum and Portrait Gallery and the Chapel of St Catherine, are located from the east to the west in that order. They form part of the same complex which is of tremendous historical significance. In 1986, the Chapel of St Catherine was declared as one of the seven World Heritage Sites by UNESCO. Read more about the Pilgrim Stays itinerary of Goa here.