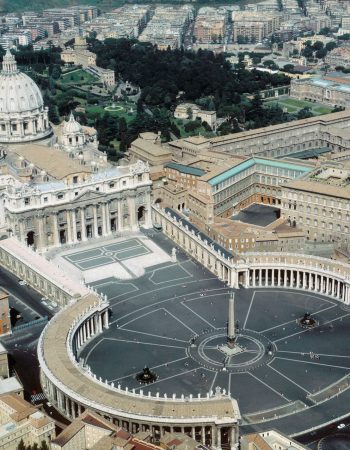 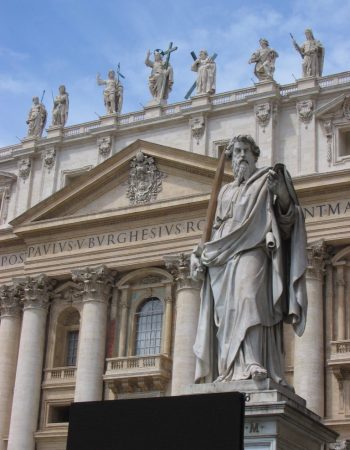 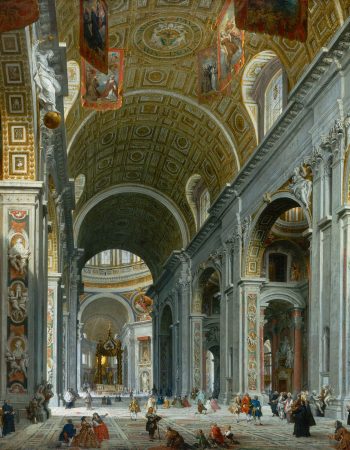 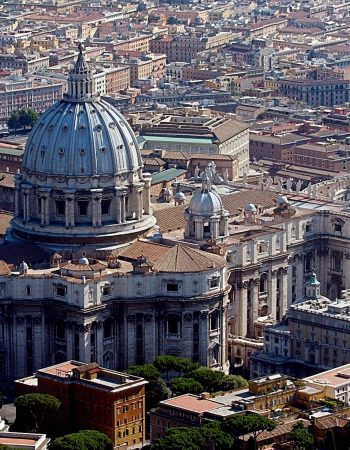 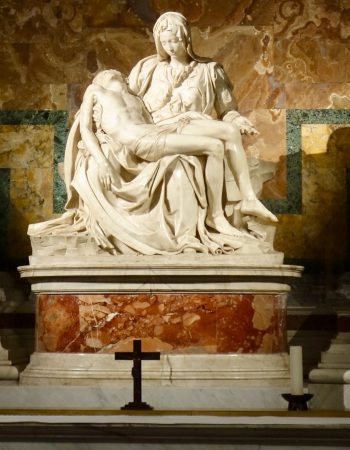 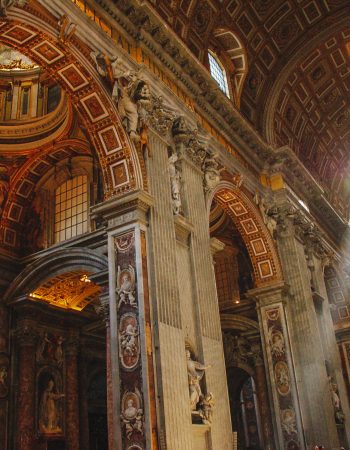 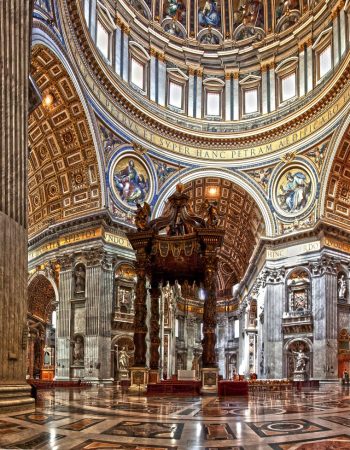 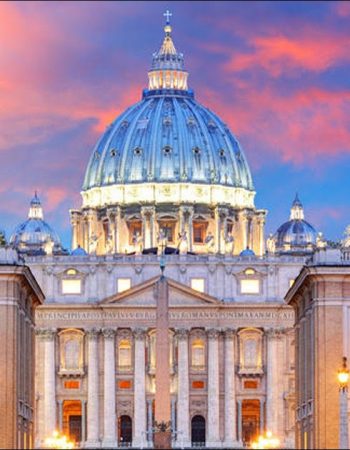 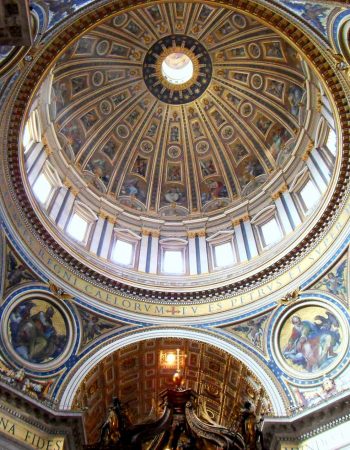 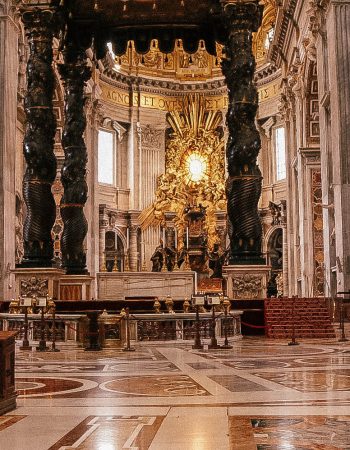 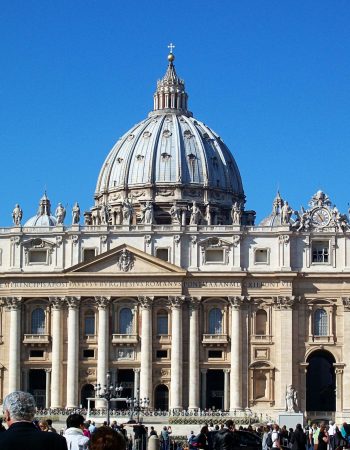 Widely renowned as the foremost piece of Renaissance architecture, St Peter’s Basilica in Rome captivates the senses with its monumental grandeur and the lavish scale of its design. The work of masters such as Michelangelo, Carlo Maderno, Donato Bramante and Gian Lorenzo Bernini it was for many centuries, the largest church in the world. It also is one of only four Major Basilicas, all of them being located in Rome.

Although it is not the seat of the Bishop of Rome, St Peter’s Basilica holds a lofty position among Catholic churches and without exaggeration could be classed as the greatest of all churches in Christendom. Traditionally held to be the burial site of St Peter, the first among the Apostles of Jesus, it is also the resting place of numerous Popes as well as royalty. The tomb of St Peter is believed to be directly beneath the main altar.

The first Basilica on the site was built by the Emperor Constantine in the fourth century. Braving fires, earthquakes, depredations by invaders and deterioration brought about with the passage of time, the basilica lasted for over a thousand years. In 1506, Pope Julius II ordered it razed to make way for a new structure which today is the most recognised building in the Vatican City and is synonymous with it in popular perception.

Work on the new structure was completed over a century later on 18 November 1626, with a succession of architects and sculptors keeping pace with changes in design as the work progressed. Such is the majestic spectacle of its appearance and the breathtaking colonnade it is regarded as the greatest building of its age.

The shrine in the first basilica was adorned by a canopy supported by four serpentine pillars brought by the Emperor Constantine from Jerusalem. This concept was enormously magnified and is the inspiration of the baldachin created by Gian Lorenzo Bernini between the years 1623-33 and is the showpiece of the Basilica.

The other works credited to Bernini is the colonnade, the fountain for the piazza, the brilliantly executed Scala regia or Royal Stairs besides several major pieces of sculpture reveal a mastery over his art much ahead of its time. In sum the planning, labour, faith of a succession of popes, the skill of legions of artists and craftsmen produced a work of art that remains to this day a testament of what human skill when blessed with divine grace can produce.