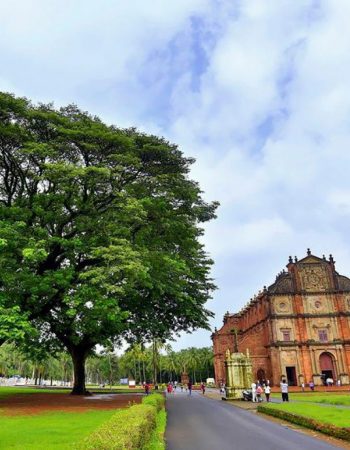 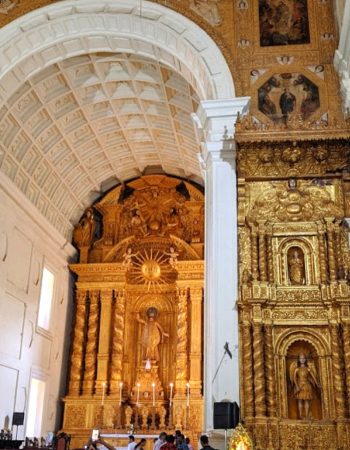 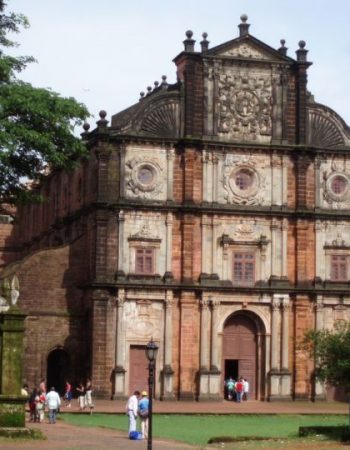 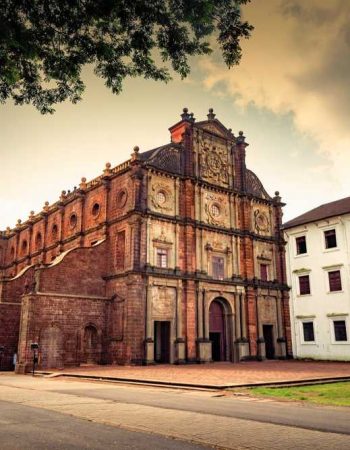 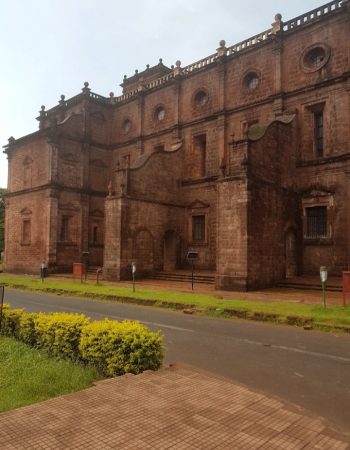 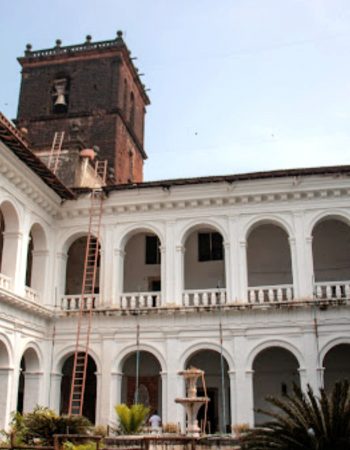 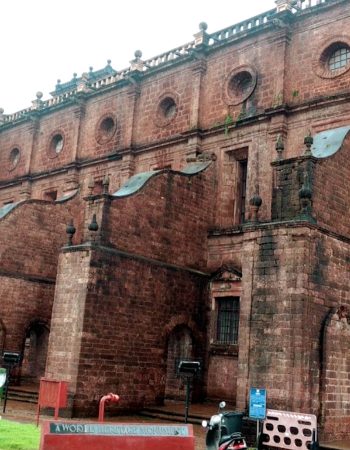 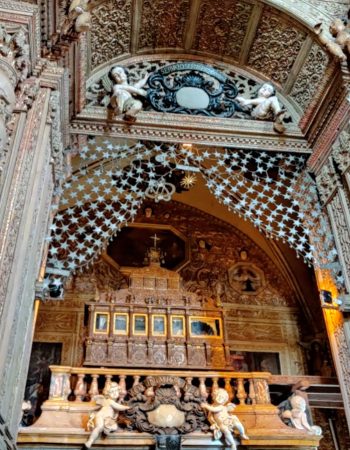 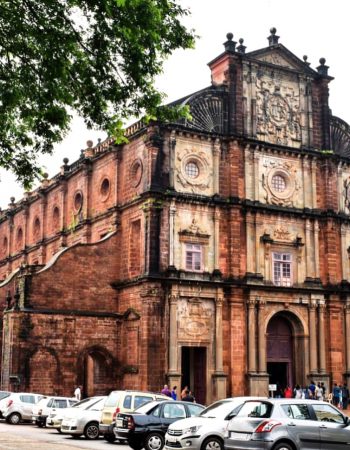 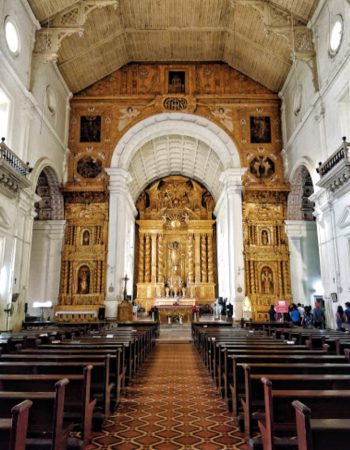 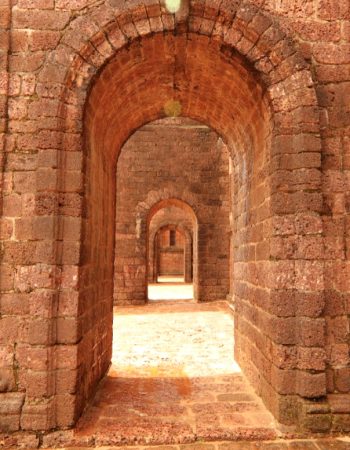 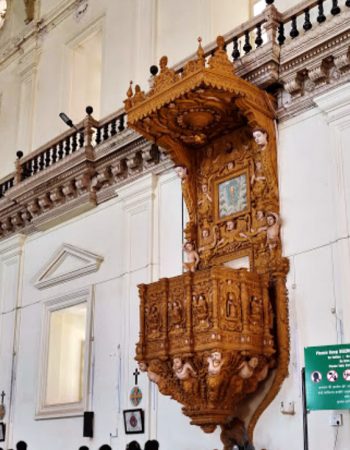 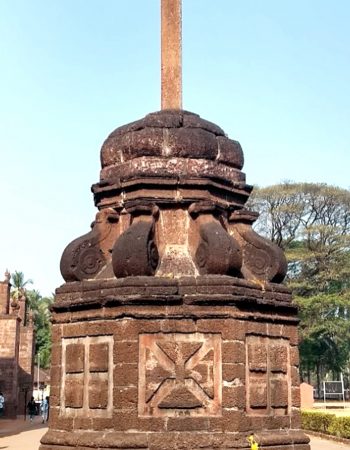 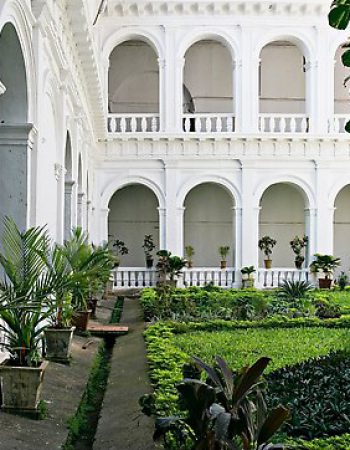 Completed in 1605, the imposing Basilica of Bom Jesus, Goa is an outstanding example of the architecture of Portuguese colonial India. This elaborate late-Renaissance structure contains the tomb and mortal remains of St Francis Xavier, a close friend of St Ignatius Loyola with whom he founded the Society of Jesus, better known as the Jesuits.

St Francis Xavier’s missionary voyages throughout the East became legendary. Much of the early missionary work in India can be attributed to the efforts of the Saint. He is rightly termed the ‘Apostle of the Indies’ for the influence of his work which continues centuries after his death.

St Francis died on Sancian Island, Chuandao, Taishan while en route to continental China on 3 December 1552. His body is placed in the mausoleum to the right, in a glass-sided coffin amid a shower of gilt stars. St Francis Xavier is considered to be one of the greatest missionaries of the Church, since Paul the Apostle.

Visitors to the Basilica of Bom Jesus, Goa will be struck by the exterior which remains unplastered. This was the handiwork of a zealous Portuguese conservationist who in 1950, ordered the lime plaster removed in the mistaken belief that the laterite stone of which the basilica is constructed would be strengthened if it were to be exposed to the elements. To date, no one has got around to replacing the plaster; hence, some of the intricate carving is eroded with the battering of each successive monsoon.

Crowds throng the Basilica of Bom Jesus, Goa during the annual Feast of St Francis Xavier, held on 3 December each year. Once every 10 years, the saint is given an exposition, and his body viewed by multitudes of pilgrims. The next exposition will be held in 2024.

Standing next to the Basilica is the Professed House of the Jesuits, a two-storey lime plastered building made of laterite. It is even older than the Basilica, having been completed in 1585. Jesuit missions to the East were planned and organised from this very building. Old Goa is the place from where the Roman Catholic Church expanded in the East. Although this former colonial capital boasts of several beautiful churches, the Basilica of Bom Jesus occupies pride of place among them.