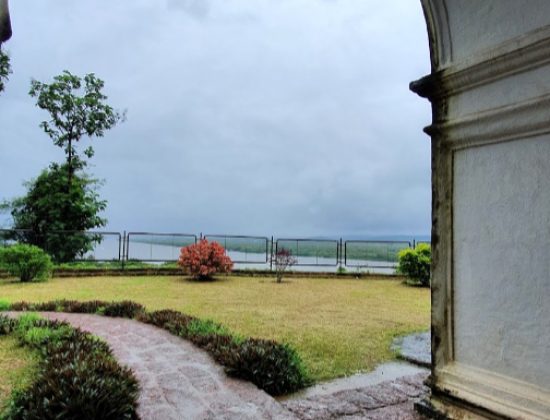 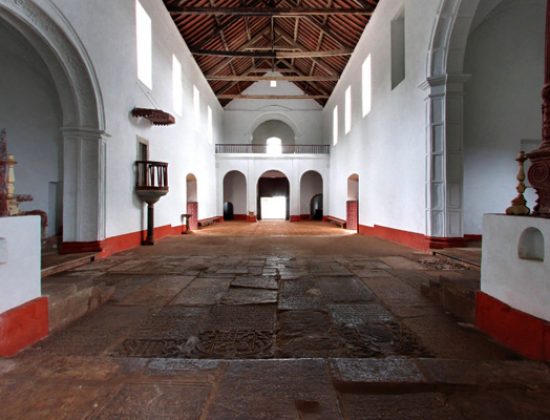 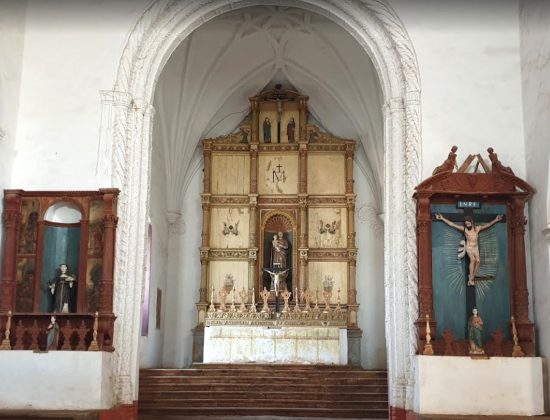 Church of Our Lady of the Rosary, Goa Claimed

The first thing that strikes you as you stand atop the Monte Santo or Holy Hill, is the commanding view of Old Goa that it affords. According to the local tradition, the Portuguese General Afonso de Albuquerque stood from this very vantage point, the highest in Velha Goa and watched his troops overcome those of the Bijapur Sultan, Ismail Adil Shah in 1510. In thanksgiving the famed naval commander, vowed to build a church on the same spot. The church dedicated to Our Lady of the Rosary, Goa was built in fulfillment of that vow.

Although the vow could not be fulfilled before his death in 1515, work on the church commenced in 1543 and was completed in 1547. Built in the classical Portuguese-Manueline style, the church of Our Lady of Rosary, Goa has elements of the Gothic in its simple yet elegant facade. The vault above the altar and the retable show touches of the Renaissance which was sweeping through Europe at that time.

With only one nave and two side altars the church is a modest affair and indeed antiquity is its single largest claim to fame. It is perhaps the oldest chapel in Goa, standing undisturbed in its original stately appearance for nearly five centuries now. Although the church of Our Lady of the Rosary, Goa did undergo renovation in 1897-1899 it remains largely unaltered.

It was in the church of Our Lady of Rosary that the revered St Francis Xavier, often taught catechism when it was first built. On the floor in front of the altar is the tombstone of the Portuguese governor Dom Garcia De Sa, who died on the 13th of June 1549. He was married to a woman Catherine Pires, ‘the flower of Miragaia’, whose cenotaph is in an apse set into the northern wall of the chapel. Inscribed in marble is the legend ‘Aqui jaz Dona Catarina, mulher de Garcia de Sá, a qual pede a quem isto ler que peça misericórida a Deus para sua alma’ which translates to ‘Here lies Dona Caterina, wife of Garcia de Sa, who requests the readers of these lines to beg God’s mercy on her soul’.

The simplicity of the church is the secret of its beauty. The two towers on the corners of the nave, with the high windows along the sides, give the church the unmistakable appearance of a fortress. Located at a short distance higher up on Monte Santo from the church of St Augustine, it waits to reveal to the visitor why it is a worthy addition to UNESCO’s list of World Heritage Sites. Read more about the Pilgrim Stays Historical Goa itinerary here.

1 Review for Church of Our Lady of the Rosary, Goa

Amazing views from the church

This is an amazing place to visit when you get to Old Goa. There are quite a few beautiful churches in the place, but this one perched atop a hill strikes you for the breath-taking view of the Mandovi river it affords. The place is built more like a fort than your typical church. Its still calm will act as a soothing balm.

Most often you will be the only visitors on the premises. If you are looking for a break from the hustle and bustle of a tourist hot spot, this is an ideal place to spend some time in solitude. Combine it with a trip to other historical churches in the vicinity.