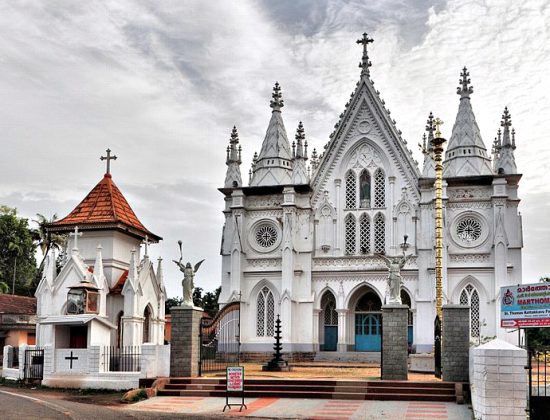 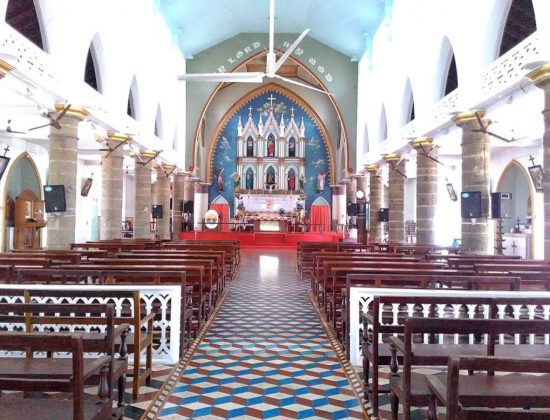 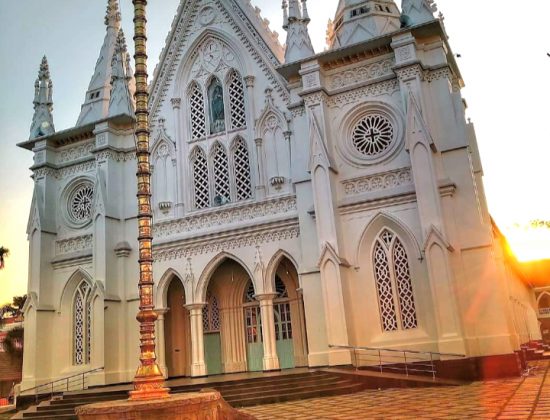 Kerala is a land so entwined with the history of the Christianity, it is no surprise that all the Apostolic churches in India are located here. In accordance with the will of his master Christ, to spread the good news to all the nations, St Thomas travelled to India on a merchant vessel and landed at the now lost port of Muziris. The St Thomas Church, Kottakkavu is one of the most important churches established by the Apostle.

Located at an hour’s drive or 45 kms away from Cochin, this historical port sat at the mouth of the River Periyar where it meets the Arabian Sea. It was a voyage which in those days took fourteen days to accomplish, if aided by favourable winds.

The Apostle is said to have established seven churches in Kerala after his arrival in 52 AD. The other six churches established by St Thomas were at Kodungalloor, Palayoor, Kokkamangalam, Chayal (Nilackel), Niranam and Kollam. In church terminology an Apostolic see (usually meaning the area of a bishop’s ecclesiastical jurisdiction), is one whose foundation is attributed to one or more of the apostles of Jesus or to one of their close associates. It is to the credit of India, especially for Kerala, that all seven of those ancient churches still exist to this day.

St Thomas Church, Kottakkavu has today become a major centre of pilgrimage. In 829 AD, the Patriarch of the Church of the East, Timeotheus I sent the Persian Bishops Mar Sapore and Mar Proth to Kerala. The bishops were accompanied by Christian immigrants and traders, probably fleeing persecution in Persia. It was around the time of their stay in Kerala, that the second edifice of the Kottakkavu was built. An ancient cross said to have been erected by St Thomas himself, sadly no longer exists. It was destroyed by Tippu Sultan when his forces pillaged many churches across Kerala.

Among the many historical objects that abound in the church the Kottakkavu Sliba is a prominent one. It is a Persian cross carved in stone, said to be from the time of Mar Sapore and Mar Proth, and is preserved in the St Thomas Church, Kottakkavu to this day. A relic of the Apostle is also preserved at Kottakkavu and is venerated every Wednesday. A pond is also attached to the church which was used by St Thomas to baptise new converts, mainly from the Jewish and Brahmin communities. The ancient practice of group baptism is kept alive at this church, and is re-created annually on July 3rd each year.

The historically significant St Thomas Church, Kottakkavu is definitely worth a visit. It is located close to three basilicas, one of which is the National Shrine of Our Lady of Ransom at Vallarpadam.