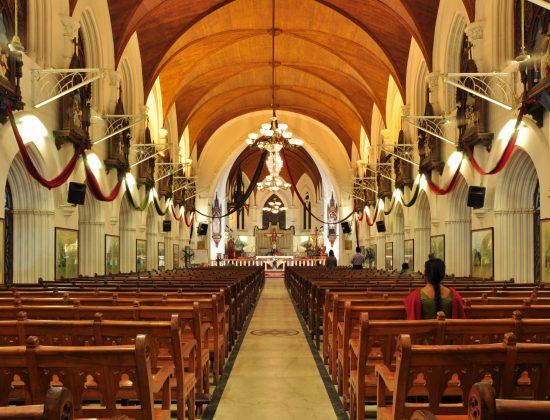 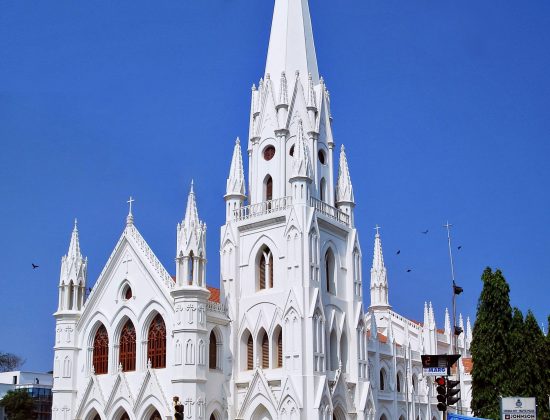 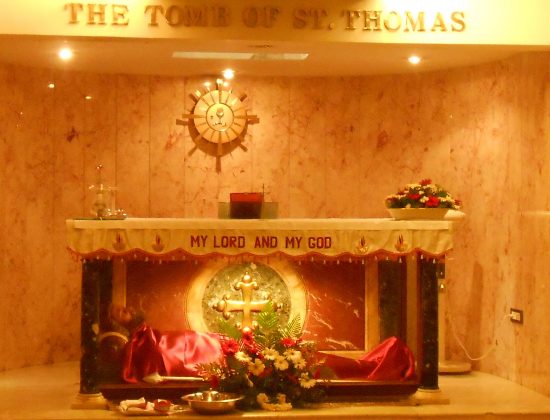 Santhome Church in Chennai also known as the St Thomas Cathedral Basilica sits on the tomb built over the mortal remains of one of the twelve Apostles of Jesus Christ. According to legend, Saint Thomas landed at the port of Muziris in Kerala, India travelling from the Roman province of Judea in 52 AD and preached between 52 and 72 AD, when he was martyred on St Thomas Mount.

He was buried in this very site then known as Mylapore. There are only two other Basilicas in the world other than San Thome Cathedral that have been built over the tomb of an Apostle. One of them being St Peters’ Basilica in Rome and the other being the church of St James the Great in Santiago de Compostela, Spain.

It is claimed that St Thomas’ apostolic ministry in India took place at Cranganore along the Malabar coast from 52 to 68 AD. His journey through Kerala is said to have resulted in numerous conversions. After spending 10 years on the Malabar coast he is said to have travelled eastwards across the Deccan Plateau, arriving in Mylapore in 68 AD. The cave at little mount is claimed to be his favourite preaching spot. A 2000 year old never drying, miraculous stream of water on a rock face are said to be examples of the Apostle’s divine exploits. A church atop St Thomas Mount was built by Portuguese in 1547 to mark the spot. It was on this St Thomas Mount that the apostle was said to be killed by a lance which pierced through his back.

His mortal remains were believed to be buried in the location over which the present day Cathedral stands. Sometime in the 10th century AD a group of Nestorian Christians from Persia founded the Christian village of San Thome and proceeded to build a church over the burial site of St Thomas. This structure fell to ruins between the 14th and 15th centuries. In 1522 the Portuguese moved the Apostle’s remains to a new tomb and church, which later attained the status of Cathedral in 1606.

Pope Pius XII honoured the Santhome Church of the Archdiocese of Madras-Mylapore by raising it to the rank of Minor Basilica on 16 March 1956.

Located right in heart of the city

San Thome Basilica is a well known landmark in Chennai. You can get there very easily by driving southwards.