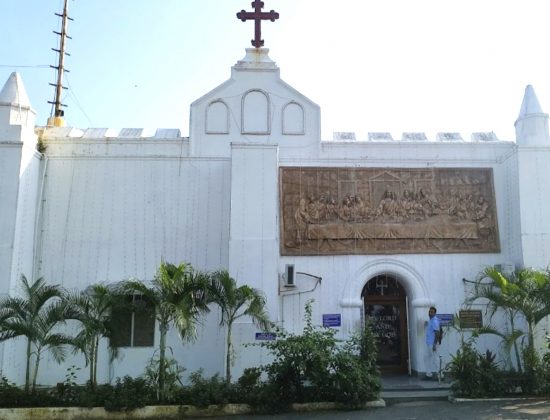 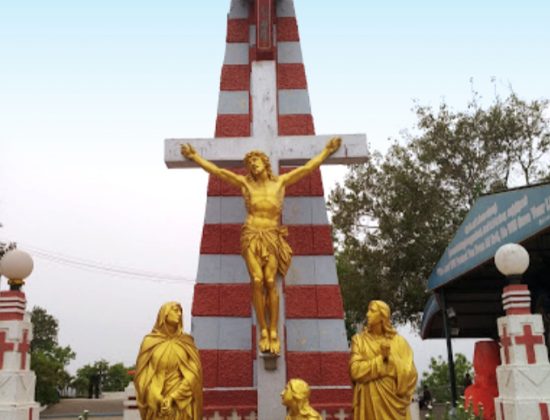 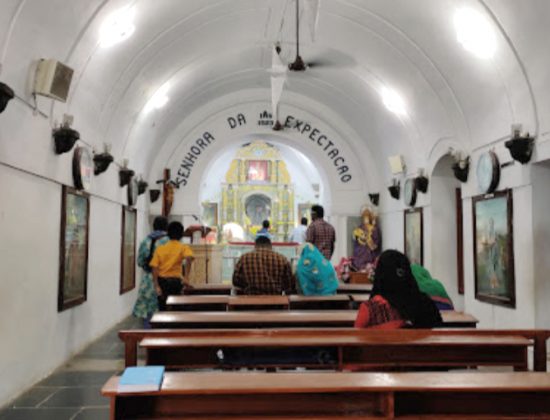 Designated as one of only three National Shrines in India, St Thomas Mount has a long history dating back to when the Apostle himself was martyred at this spot in 72 AD. After landing at Muziris on the west coast of India, St Thomas made his way eastward and continued his evangelisation in Mylapore, Chennai. Little Mount, a part of St Thomas Mount, Chennai, where a humble cave exists on the hillside is believed to have been the hermitage of the Apostle. According to the local tradition, St Thomas was confronted in this very cave by his assailants. He escaped to the hill using another opening, where he was killed by a lance while clutching a stone cross that he himself had carved.

Centuries passed, by which time the Portuguese had established a significant presence in many parts of India. In 1523, they built a shrine dedicated to Our Lady of Expectation atop the 300 foot high St Thomas Mount. An arch inside the church is inscribed with its title in Portuguese, ‘Senhora da Expectacao’ and indicating 1523 as its year of construction.

Around the year 1547, while excavating the premises to build a new church, the Portuguese unearthed the stone cross carved by St Thomas. It bore inscriptions in old Sassanid Pahlavi which befuddled scholars for centuries. Finally, in 1908 after years of debate the inscription was deciphered to mean ‘Through the Cross, the Messiah brought salvation to the world’.

St Thomas Mount is a shrine that holds timeless treasures. Foremost among them is a painting of the Madonna of the Blessed Virgin painted by St Luke the Evangelist, himself. That Luke was a gifted artist is borne out by the popularity of the painting almost 2000 years later. This was the painting that St Thomas brought with him to India and carried everywhere his travels took him. The first reference to this painting is made in 1559, when the King of Bisnaga took it to his court in Chandragiri. It was returned to the shrine, carried back on a palanquin to the mountain top.

A framed oil painting of St Thomas being pierced with a lance from behind in his praying posture is displayed prominently near the high altar. Besides, there are huge framed paintings of the Apostles with Jesus and of St Paul which add to the many pieces of art that the shrine holds. A fragment of the Bone of St Thomas is placed in an ornamental casket and is a prized relic that occupies pride of place in the shrine. Pilgrims make it a point to venerate this Holy Relic, which is reputed to have miraculous powers.

The ancient Church on the top of St Thomas Mount has served as the light house for the Portuguese and Armenian vessels that traversed through the Bay of Bengal in the 16th and 17th centuries. It was a practice for sailors in those days to offer prayers for a safe voyage to St Thomas, and then fire a salutation from the ships cannons.

In later years, the facade of the chapel was extended and massive wooden doors were added to the entrance. An inscription on the outer wall in Portuguese reads ‘Ordered to be done by Zacharias in the year 1707’. A beautiful arch adds a touch of beauty to the entrance, bearing the year of its construction to be 1726.

Madras, as Chennai was earlier known, was home to a thriving community of Armenian merchants. Many of them were generous benefactors of the Catholic Church in the city.  Petrus Uscan, a wealthy Armenian merchant built a brick paved road interspersed with granite steps to the top of St Thomas Mount. He also left a sum of money with the authorities towards the upkeep of these steps.

Acknowledging the importance of the holy site to the Roman Catholic Church, Pope John Paul II visited the pilgrimage site on February 5, 1986, during his visit to India. St Thomas Mount, Chennai was proclaimed as a National Shrine on 8th January, 2011 by the Vatican.