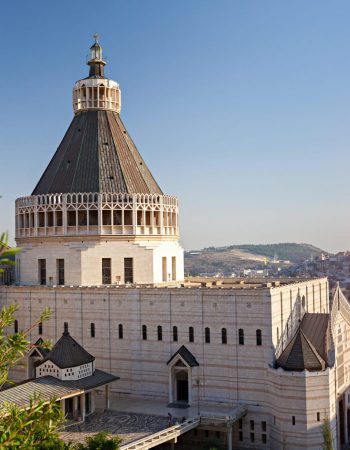 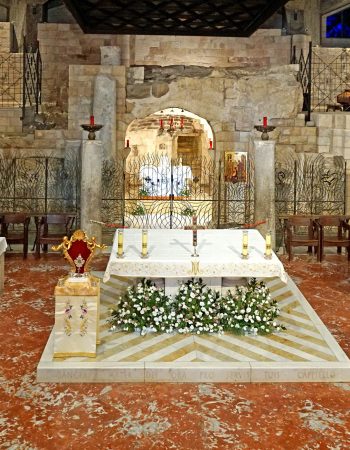 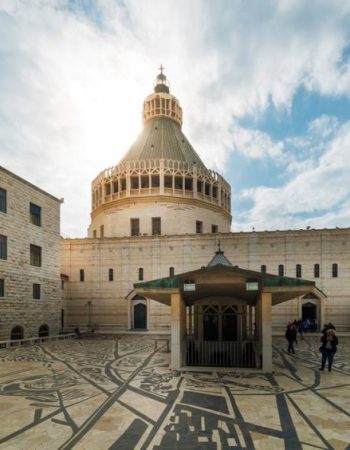 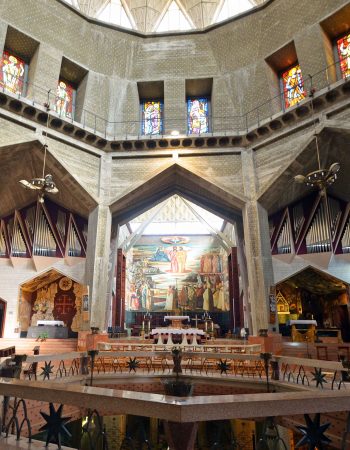 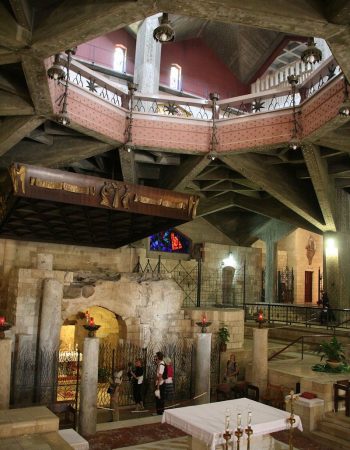 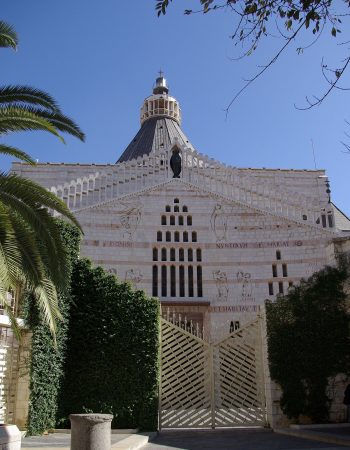 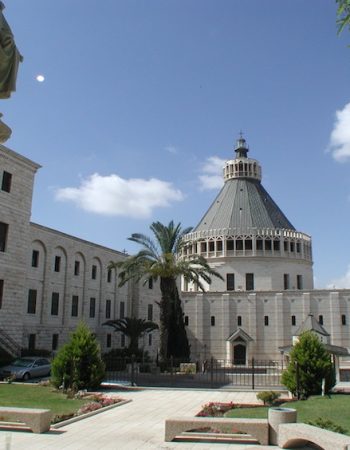 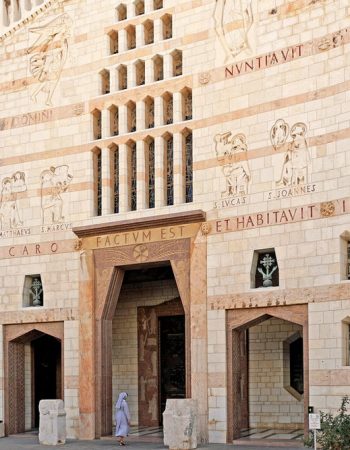 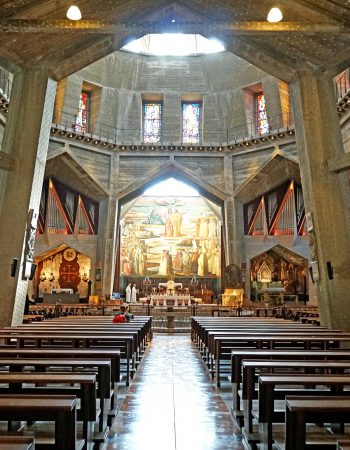 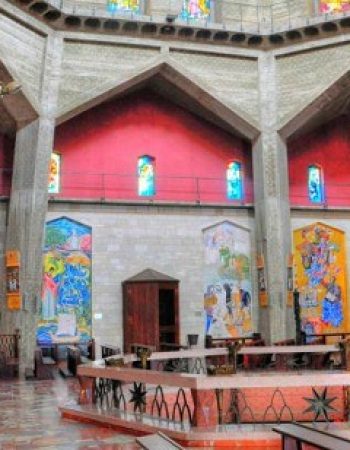 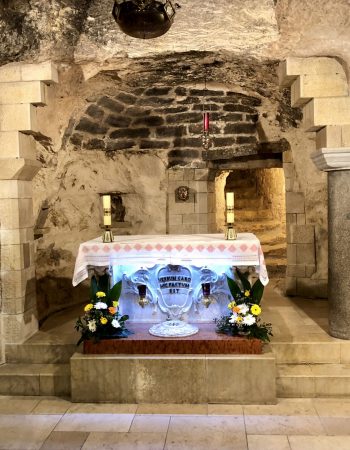 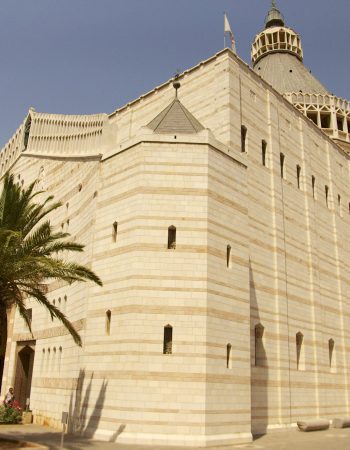 Basilica of the Annunciation Claimed

Standing tall over the Nazareth skyline in Israel is the Franciscan run Basilica of the Annunciation, built over the site traditionally believed to be the house of Mary. It is here that the Archangel Gabriel is said to have appeared to her and announced that she would bear a child, who was the son of God- an event referred to as the Annunciation.

Completed in 1969, the present church was designed by the Italian architect Giovanni Muzio and built by the Chief Engineer Shlomo Lopatin. Sporting bold and audacious modernist features, the lantern topped dome of the Basilica of the Annunciation is a structure that is completely different from the traditional design found in most basilicas. The striking interiors match the exterior in spectacle and are a befitting tribute to the place which Mary called home.

The Basilica is in two sections- the upper one with a soaring dome gives one a sense of great space. In true modernist style the bare concrete is covered with a pattern of dots, which gives the interiors a remarkable artistic appearance. The walls of the church and the courtyard are adorned with a series of depictions of Mary and the infant Jesus from over fifty countries, each one styled in the culture of that particular country.

The Grotto of the Annunciation is in the dimly lit lower church, which is the traditional site of Mary’s house. There are remnants of structures from earlier eras, notably from the Byzantine and Crusader churches. The first church to be built here was commissioned by the Emperor Constantine, who had sent his mother St Helena to the Holy Land to establish churches commemorating important events in the life of Jesus. The first Church of the Annunciation was built in the mid-fourth century and lasted till it its destruction, in the wake of the Muslim conquest of Palestine.

When Nazareth was retaken by the Crusaders in 1102 AD, they built a new church on the ruins of the Byzantine one. The church was still not complete at the time of the capture of the city in 1187 AD, by Saladin, who however left it untouched. The Basilica of the Annunciation did not however survive the attack by the Mamluk Sultans of Egypt on Palestine and was destroyed by them in 1260.

In the centuries that followed the Franciscans were in and out of Nazareth, depending on the political situation prevailing. They faced numerous hardships in the intervening years, including a massacre of some Franciscans in 1542. They did return in 1620 but could construct only a small structure that enclosed the Holy Grotto. Permission to build a new church came much later in 1730, when Dahir al-Umar, the ruler of Palestine under the Ottoman Empire, acceded to their request. This church was enlarged in 1877 and eventually demolished in 1954 to make way for the present structure.