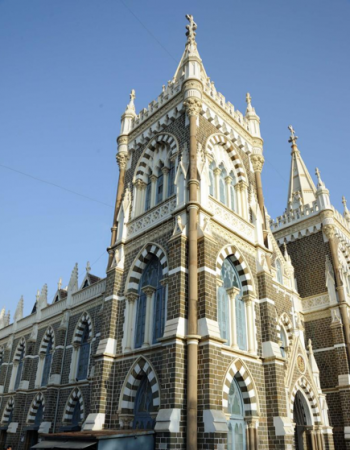 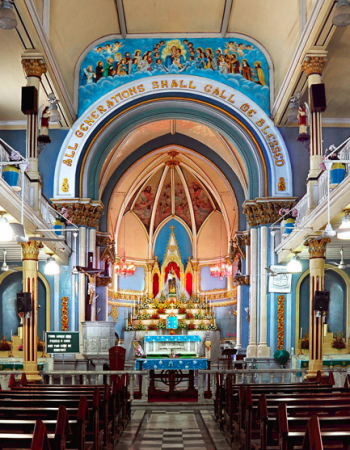 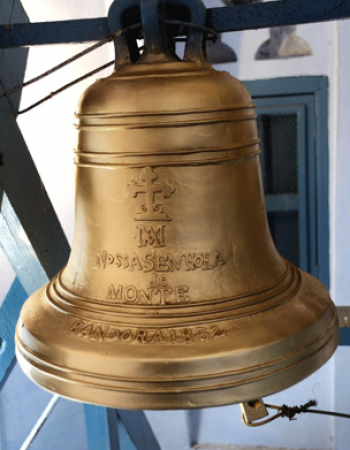 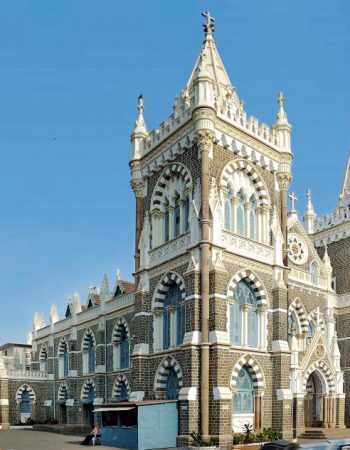 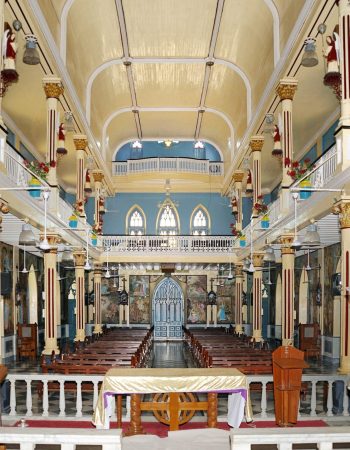 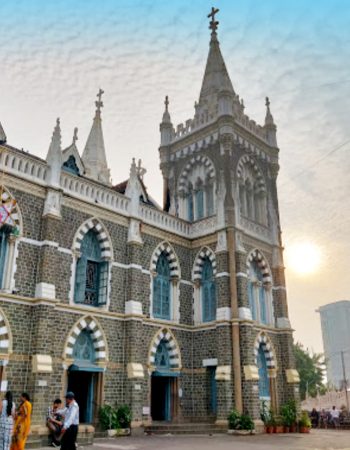 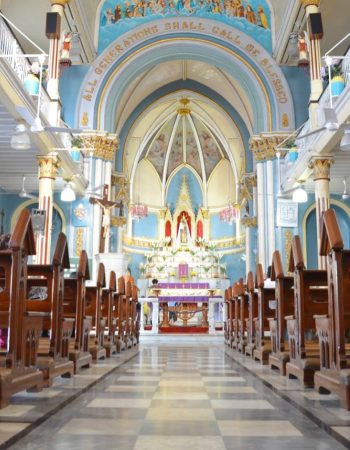 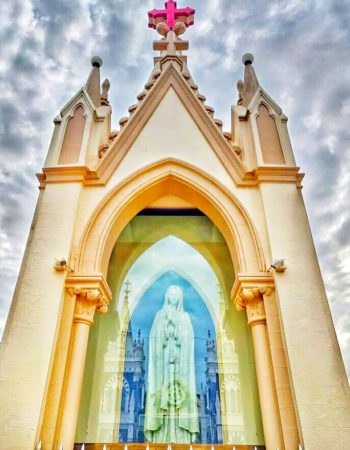 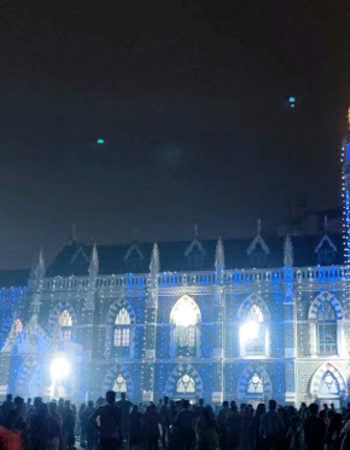 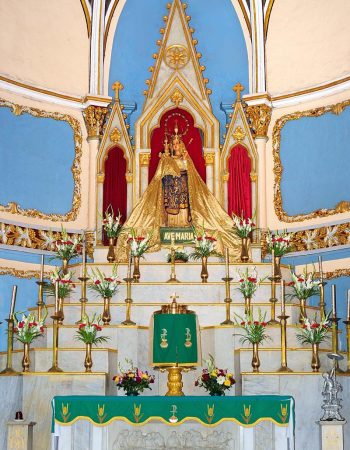 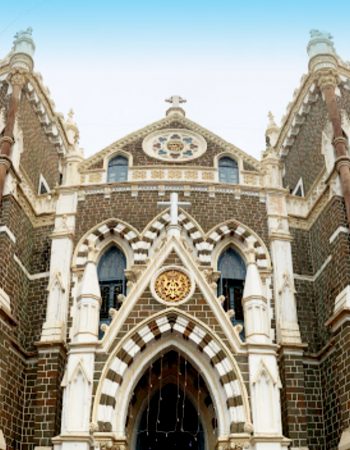 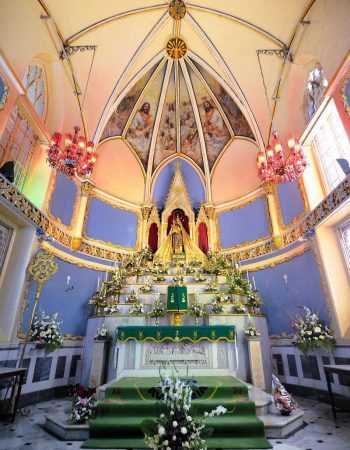 Basilica of Our Lady of the Mount, Bandra Claimed

The history of the Basilica of Our Lady of the Mount, more commonly known as Mount Mary church, goes back to 1570 when Jesuit priests from Portugal landed at the desolate fishing village of Bandra. They brought with them a wooden statue of Our Lady, depicted as the Mother of God and established a small oratory there. This was known as the Mount Mary Oratory. In 1587, the oratory was placed under the Parish of Santa Ana. In view of the steady increase in the number of Christians, the parish of Santa Ana was bifurcated. A new parish dedicated to St Andrew was created in 1616, and the Mount Mary Oratory was placed under this parish.

In 1700, Arab pirates having sailed across the Arabian Sea from Muscat, attacked the church at Bandra. They were on a quest for treasure but could not find any. In disappointment, they chopped off the glittering right forearm of the statue, mistaking it for gold. Their attempt to set fire to the church was however staved off, when they were attacked by a swarm of bees. The statue was stored in the lumber room and instead, another statue was placed as a substitute. This was the statue of Our Lady of Navigators taken from the side altar of St Andrew’s Church, the neighbouring church.

Following the Maratha invasion of Bombay in 1739, public devotion at the shrine came to a standstill. There were no priests to administer to the flock and soon the shrine fell into disrepair. In 1761 the church was rebuilt for the third time. The disfigured statue of Our Lady of the Mount was repaired by placing a detachable Child Jesus on it. With the reinstallation of the original statue, the statue of Our Lady of Navigators borrowed from St Andrew’s was returned.

Despite the plague that afflicted Bombay at that time, the priests of St Andrew’s commenced the project of building a better edifice on the Mount. The present day Mount Mary Church, which is the fourth edifice was completed in 1904. Considering the topography of the shrine, most of the building materials were brought by sea, and hoisted up the cliff using bullock carts and mules.

The feast of the Blessed Virgin Mary is celebrated here on the first Sunday after 8 September, the Nativity of the Virgin Mary. The feast is followed by a week-long celebration known locally as the Bandra Fair and is visited by thousands of people. On 4th October 1954, Mount Mary church was elevated to the status of a basilica.