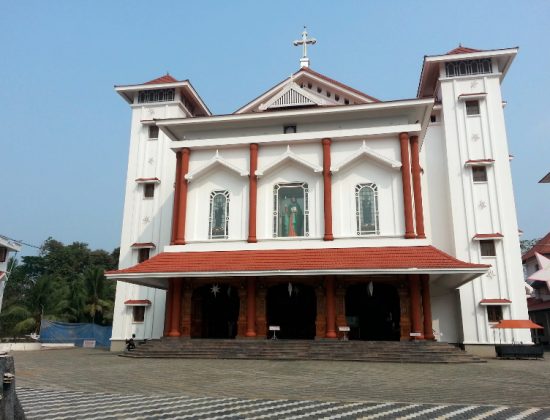 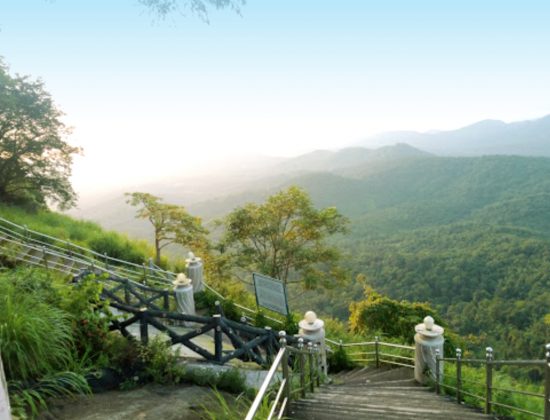 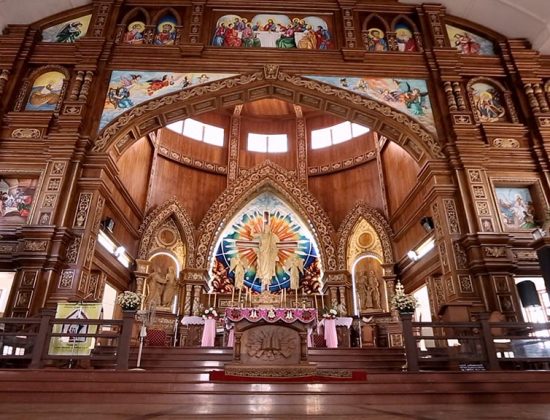 One of only eight international shrines in the world, the St Thomas International Shrine, Malayattoor in Kerala is India’s foremost centre of Christian pilgrimage. Located only a few kilometers away from Kodungalloor, it is also the only international shrine in India. Kodungalloor or Crangannore was the town served by the ancient port of Muziris, where St Thomas the Apostle landed in India in 52 AD. The port itself does not exist today, as it ceased to function following cataclysmic floods in 1341, which made the River Periyar alter the geography of the region.

According to the local tradition, St Thomas was greeted by a hostile crowd when he reached Malayattoor. He was forced to seek refuge atop a mountain where he spent several days in prayer. That place is now called Kurisumudi, the pinnacle of the hill where a cross had been planted by St Thomas. In later years, a shrine was built on the spot where the cross was found. It was the custom of the locals to place an oil lamp at this spot and keep it burning all the time.

A local tradition states that a herd of goats would come running down the hill, whenever the wind put off the lamp. The village folk would climb up the hill and light the lamp once again. To this day, pilgrims who visit the shrine carry sesame seeds for the goats, although they are rarely seen today. St Thomas Shrine, Malayattoor is located 1269 feet above sea level with the River Periyar coursing at the base of the mountain. Kurisumudi where the mountain-top shrine has been erected forms part of the Malayattoor parish.

During those intense moments of prayer, it is said that St Thomas had struck a rock to quench his thirst. Miraculously, a spring of water had erupted from the rock and continues to flow to this day. Pilgrims who visit the shrine believe in the miraculous healing power of the water and it is considered divine. In due course, St Thomas managed to win over the local populace on the strength of his sincerity and his prayers and devotion. It is said that the saint proceeded to Mylapore in Chennai from Kurisumudi.

Close to the chapel are the footprints of the saint embedded in rock. Devotees throng the spot, which has now been placed in a glass enclosure, to pray for favours from the saint. Upwards of four million visit St Thomas Shrine, Malayattoor every year. Visits peak during the Holy Week, when devotees in their thousands carry smaller crosses up the mountain in repentance for their sins. The feast of St Thomas is celebrated on the first Sunday after Easter, to commemorate the meeting of the resurrected Jesus with his Apostles.

In 2004, the Vatican declared the pilgrim spot as an International Shrine in view of its close linkage with the mission of St Thomas in India, and its historic significance in the evangelisation of the sub-continent.