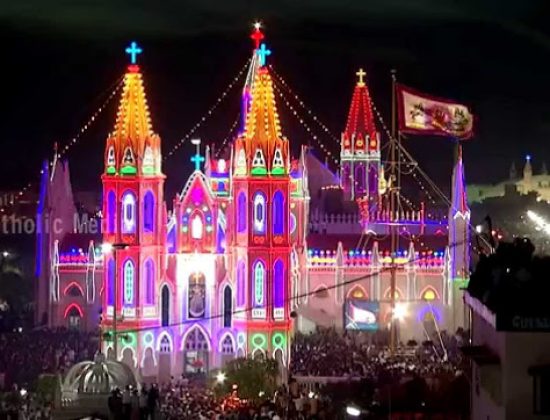 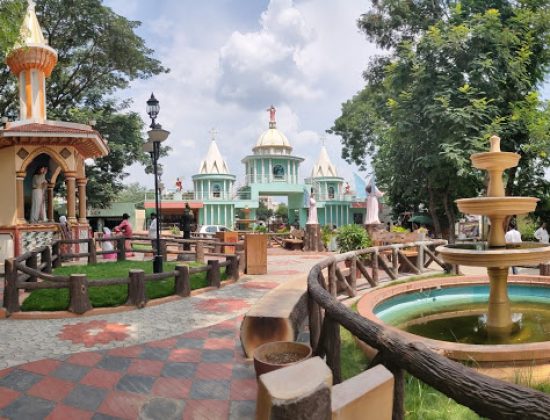 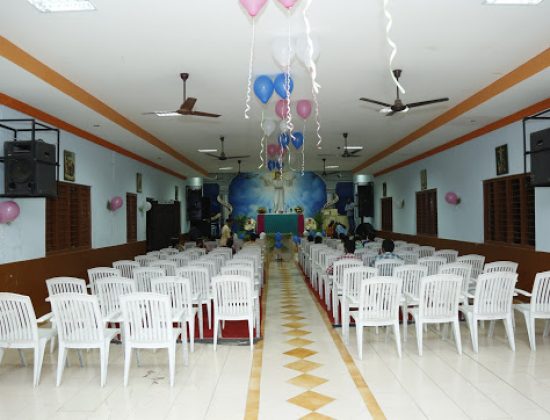 The Divine Word Centre, popularly known as Muthangi church, is a powerful retreat centre and frequently cited as having worked miracles for those seeking a job, peaceful family lives, financial stability and good health. It is conveniently located on the outskirts of Hyderabad.

Inspired by Saint Arnold Janssen, Fr Christuraj a young and aspiring priest, was saddened by the struggles of men and was determined to reach out to them. He fixed his eyes on Jesus his Master and with prayer and fasting, headed towards his goal, his vision. He worked and visited various parishes and other places where he found the people everywhere in search of something.

“Yes Lord, I will go!” said Fr Christuraj and took up the mission of healing, deliverance and reconciliation. He went around spreading the Good news of Jesus on a two-wheeler. “Give us souls Lord! Give us India!” was the cry in the hearts of few more lay people who joined him over the years. Their goal being that the gifts and fruits of Holy Spirit should empower everyone on this earth.

In 1994, Fr Christuraj started his mission on a piece of the land in remote Muthangi, a village 35 kms from Hyderabad. It was an abandoned site, filled with thorns and stones, with a dilapidated structure that presented a sorry picture. The plot measuring about an acre, had no takers as it had earned an unsavoury reputation for being a hide out for thieves.

For the zealous Fr Christuraj and the three young men who assisted him, this place was good enough to begin their mission. Not looking back, only believing in the promise of the Lord, they began clearing up the land infested with snakes and scorpions. With great love for the Lord and with the help of the Blessed Virgin Mary who was always with them, they began building the broken house. Every day was a miracle and the Divine Providence of God began to flow in as helping hands increased day by day.

As a result of sacrifices and prayers, awareness of their presence there was spreading. Friends and faithful began visiting the little known Muthangi church initially named as St Mary’s Church. On September 8th 1995 an informal inauguration with a Mass was celebrated for the first time. The church was later renamed Divine Word Centre on January 26th 1996.

Fr K Sahaya Cyril Doss, a great visionary joined in as a blessing. In his ministry of reconciliation and healing through the Calvary love of Jesus, thousands of families are being saved and many young hearts have found a meaning in life. The Lord inspired Fr Cyril to build the youth called Divine Word Young Apostles and spread the Good News along with them. The Lord has specially given him the anointing of leading the faithful into inner healing and repentance with the Calvary love of Jesus.