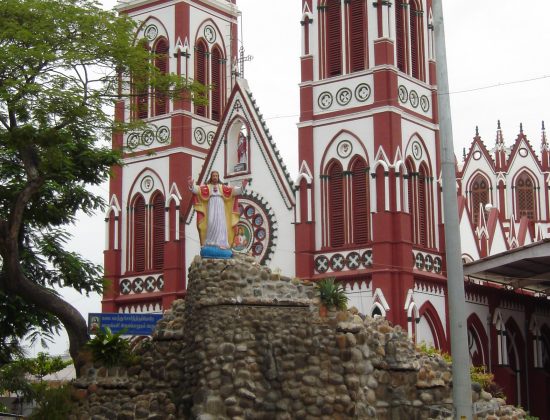 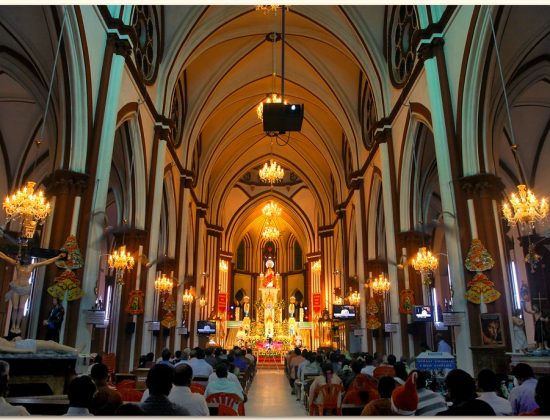 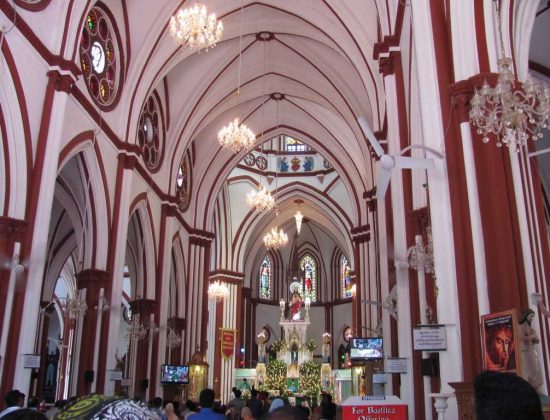 Basilica of the Sacred Heart of Jesus, Pondicherry Claimed

Exquisite images of Jesus and the Virgin Mary are engraved on the main door at the entrance. Inscribed above the entrance is the legend in Latin ‘Sanctificavi locum istum, ut sit nomen meum ibi’ which translates to ‘I have consecrated this house, so that my name may be there forever. My eyes and my heart will be there forever’.

Sacred Heart Basilica is considered one of the most beautiful churches in Pondicherry. It was founded by the French missionaries who were posted in this picturesque capital of French India. Archbishop Joseph-Adolphe Gandy, Fr Telesphore Welter and Fr Fourcaud are the prominent priests who were responsible for the planning, design and construction of this century old edifice.

In later years statues of the four evangelists were erected. Beneath them are four lamp posts describing the lives of these saints. A depiction of Jesus and the twelve apostles is placed on the front facade. The Grotto for Sacred Heart of Jesus facing the city railway station was added and the church illuminated with chandeliers, focus and flood lights. Today the Basilica is a major draw for pilgrims from different parts of the country.

The Sacred Heart Basilica was elevated to the status of a minor basilica on 24th of June 2011, over a century after its founding. The perfect time to visit the church is between October and March when the temperature is quite pleasant ranging from 15 to 30 degrees Celsius. During summer which runs from April to June the temperature can get quite hot.