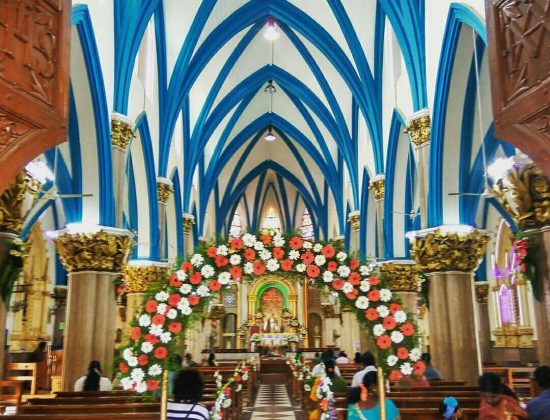 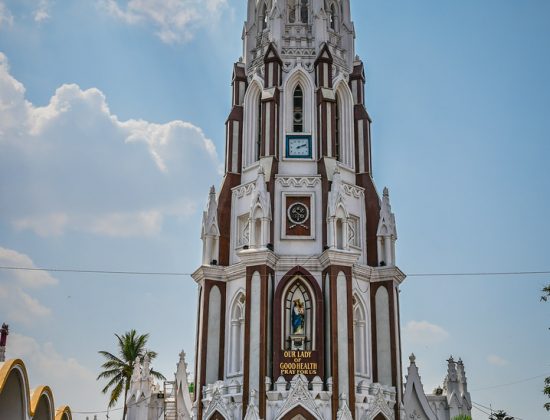 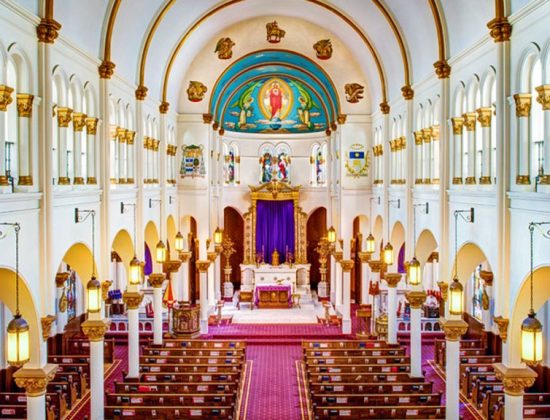 The history of St Mary’s Basilica, Bangalore goes back to 1803, when the French MEP priest Fr Jean-Antoine Dubois built a small thatched roof chapel at Bili Akki Palli which is the present day Shivajinagar. The structure was called Kaanike Mathe Devalaya, which in Kannada means the Church of Our Lady of the Presentation. That small prayer house is the location where the Basilica currently stands.

Bangalore already had its first church named Drummer’s Chapel, located in the present day Kalasipalaya locality. When Tippu Sultan took over as the ruler of Mysore, the Christian missionaries had to flee the place and could return only after his death at the hands of the British in 1799. It was Fr Jean-Antoine Dubois, to whom the task of restoring Christianity in the region fell. He is one of the first to have introduced vaccination to India. The famous book Hindu Manners, Customs and Ceremonies was written by Fr Dubois.

St Mary’s Basilica, Bangalore was rebuilt during the years 1856–1882 under its original name, the Church of Our Lady of the Presentation. The present day church which dominates the Shivajinagar area and built in the shape of a cross, is a fine example of Gothic style architecture. It was consecrated on 8 September 1882 by Bishop Jean-Yves-Marie Coadou, the Vicar Apostolic of Mysore. St Mary’s Basilica, Bangalore was elevated to the status of a minor basilica in 1973 through an edict issued by Pope Paul VI.

Each year a Novena is held at St Mary’s Basilica, Bangalore from 29th August to 7th September and concludes on September 8th, the Nativity of Our Lady. Mass is offered in different languages and mass marriages are conducted for the poor and needy. A thanksgiving Mass is also organized for couples who have completed 50 years of marriage. Eucharistic celebrations are held on the day of the feast and a decorated chariot with the image of Mother Mary is drawn by devotees along the various streets of Bangalore.