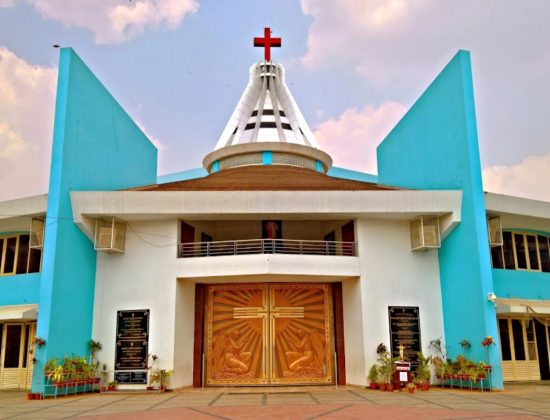 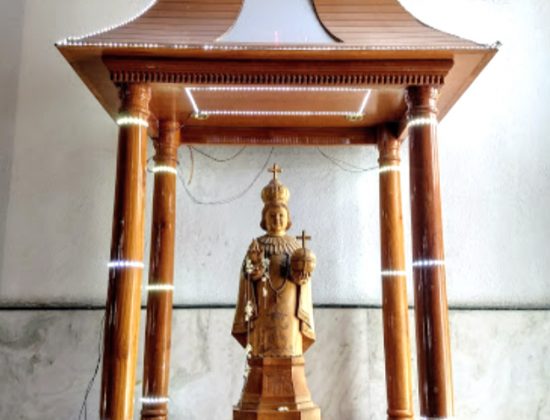 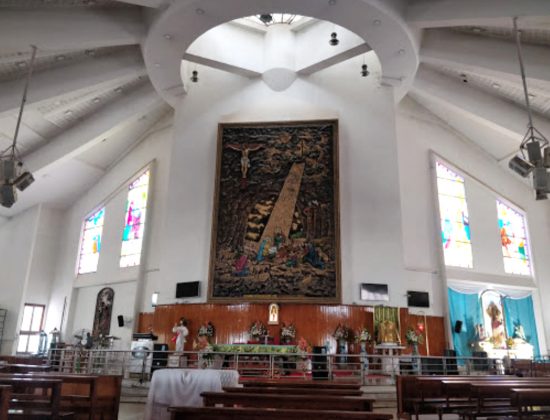 The Infant Jesus Shrine at Vivek Nagar in Bangalore, has been drawing increasing numbers of devotees over the years. From its humble beginnings in 1971, when it was housed in an old tent, the shrine has grown exponentially over the decades. Today the shrine attracts devotees from several parts of the country. Novenas and masses are held in English and all the South Indian languages. On Thursdays, the day dedicated to the Infant Jesus, the shrine opens at 4 am in the morning and stays open until midnight! Such is the throng that comes to pray to the Infant Jesus for favours.

Devotion to the Infant Jesus can be traced back to Prague in the present day Czech Republic. The original statue first appeared in 1556, when a Spanish Duchess, Maria Manriquez de Lara brought the image to Bohemia upon her marriage to Czech nobleman Vratislav of Pernstyn. In 1628 it was donated to the Carmelite friars by Princess Polyxena of Lobkowicz. An old legend in the Lobkowicz family reports that Maria’s mother, Dona Isabella, had been given the statue by Saint Teresa of Avila herself. Today the statue is housed in an elaborate shrine located in the Church of Our Lady Victorious, in Mala Strana, Prague, Czech Republic.

Turning back to Bangalore in the mid sixties, the Vicar of the Sacred Heart Parish was scouting for a site to build a new church for the faithful hailing from Somanahalli, as Vivek Nagar was then known. On one of his trips he passed by a lush and well tended rose garden and was so impressed by it, that he felt the need to establish the new church there. Considering the income that the garden would be generating for its owners Fr Paul Kinatukara, the Vicar felt the price would be beyond his limited means.

On a suggestion that he pray to the Infant Jesus of Prague, Fr Kinatukara undertook a Novena for two months for help in his quest. Before long, his prayers were answered and the rose garden was offered for sale and bought at a very reasonable price. When the foundation for the Infant Jesus Shrine, Bangalore was laid in 1969 by the Most Rev Dr S Lourduswamy, the then Archbishop of Bangalore, the site was thick in vegetation and infested with poisonous reptiles with not a single street light.

After functioning from a tent for nearly a decade, the new church saw the light of day on 29th June 1979. By this time, Archbishop Lourduswamy was now a Cardinal and had been appointed Secretary of the Sacred Congregation for the Evangelisation of Peoples, at Rome. He travelled back to Bangalore for the inauguration of the Infant Jesus Shrine, Bangalore which was a dream come true for thousands of devotees. This first church served for over a quarter of a century, until it was replaced by the present modern structure.

The current church can accommodate about 2500 people and has nine faces designed in such a way that no matter where one is seated, you feel that you are facing the altar. Since, many of the events that were a turning point in the making this Shrine a reality occurred on a Thursday, the day was dedicated to the Infant Jesus- a practice that continues to this day!