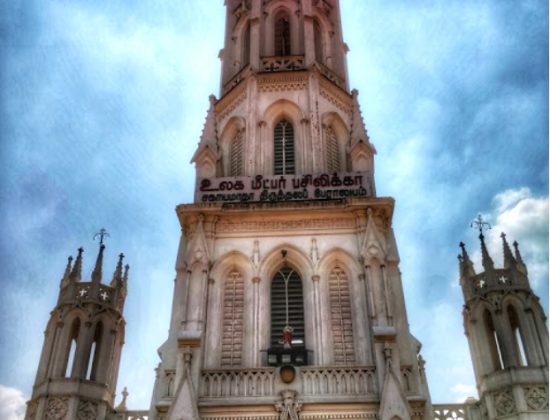 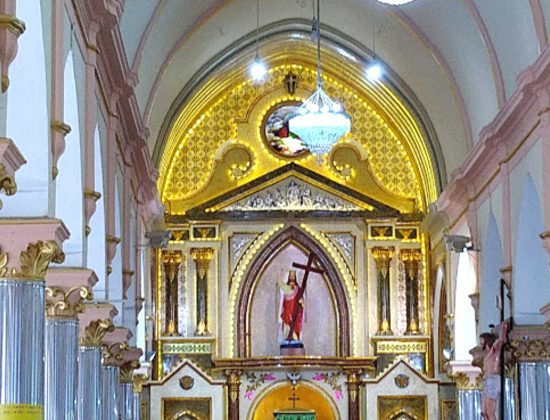 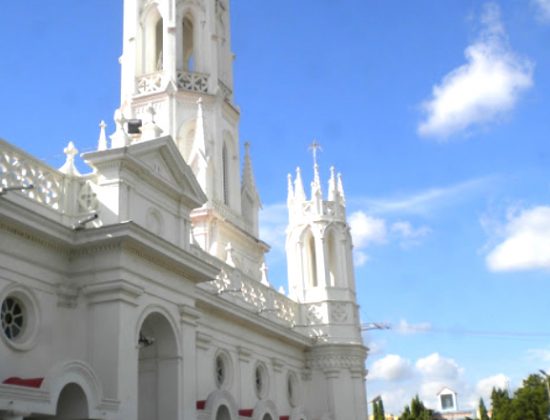 Although constructed in June 1881, the Basilica of the Holy Redeemer at Trichy in Tamil Nadu, India has its roots in the Jesuit missions to Trichy dating back to 1616. Popularly known as the Holy Redeemer Church, Trichy this famous Basilica is held in great reverence by devotees whose prayers never go unanswered.

The first Jesuit priests from the Madurai mission were deputed to Trichy, or Tiruchirapalli in 1616. Madurai was then ruled by the Nayakas who began as feudatories of the Vijayanagar Empire.The Jesuits were able to obtain the support of the Nayaka Kings, which helped them immensely in their mission to spread the word of God in Tamil Nadu.

Coincidentally, the capital of the Madurai Nayakas was shifted to Trichy in 1616. Many officers and soldiers in the King’s army had been converted to Christianity by Roberto de Nobili, an Italian Jesuit missionary. Through these new converts Christianity began to spread in Trichy and its surrounding areas.

Previously, Christians in the area had to go to the St Mary’s Cathedral which was not well connected. The other nearby church was the Our Lady of Sorrows Church which was in the hands of the Portuguese priests. This church too was off bounds owing to the Padroado-Propaganda Schism of that period.

When the foundation for the Holy Redeemer Church, Trichy was laid on February 9th 1880, there already were about 7500 Christians in the region. Trichy was under British rule when construction began. The then Diwan, Kanjamalai Mudaliar granted the land on which the Basilica stands, as a token of gratitude for a favour received by him. The new church was consecrated on June 29th, 1881 by the Archbishop of Pondicherry Msgr Lovenan.

In 1957, a Redemptorist priest Fr Francis, began the Novena to Our Mother of Perpetual Succour. People attending these Novenas found their prayers answered and many favours received. In course of time devotees from other faiths too started thronging the shrine every Wednesday for the Novenas. On October 12th 2006, Pope Benedict XVI raised the Holy Redeemer Church, Trichy to the status of a Basilica.