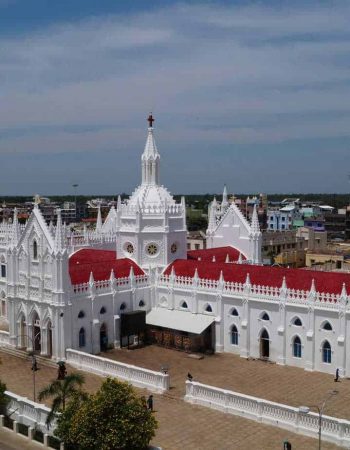 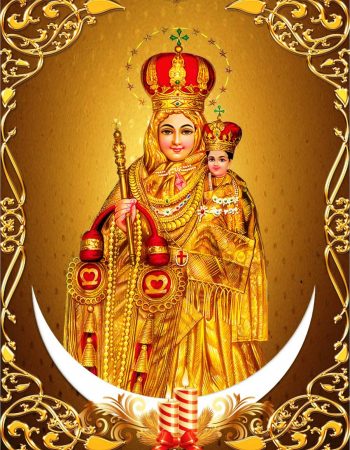 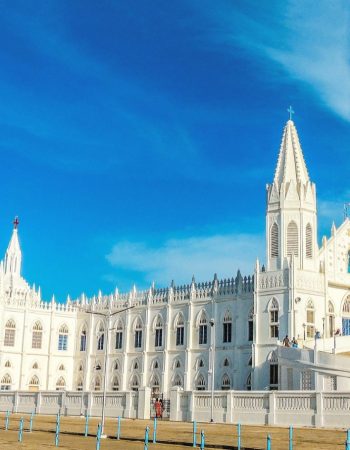 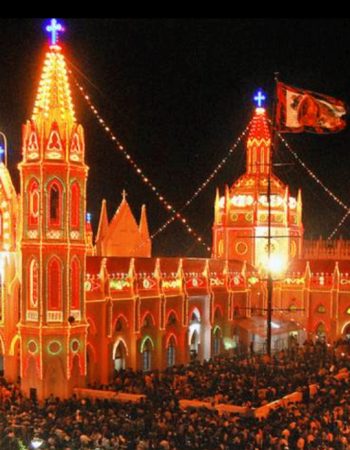 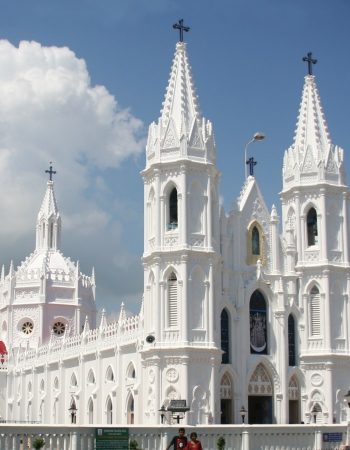 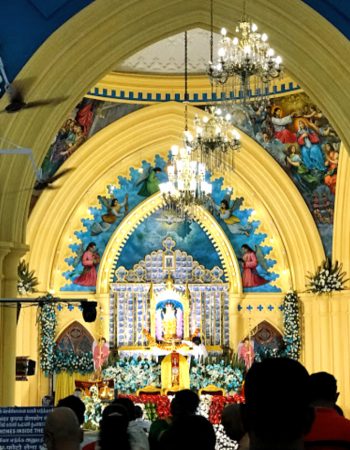 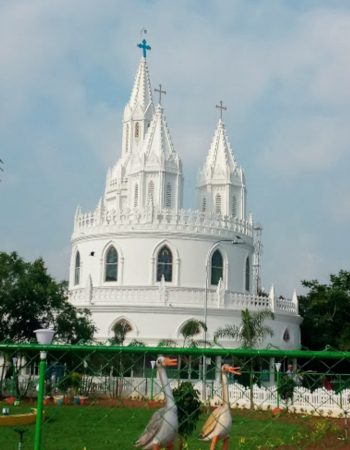 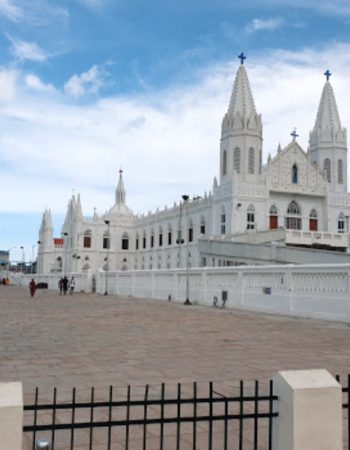 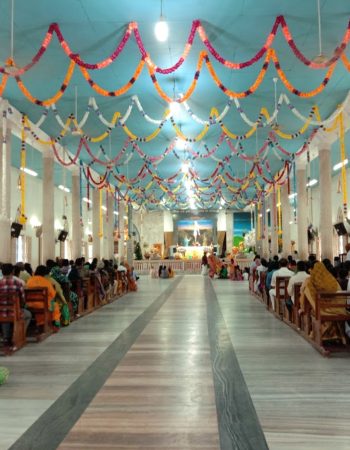 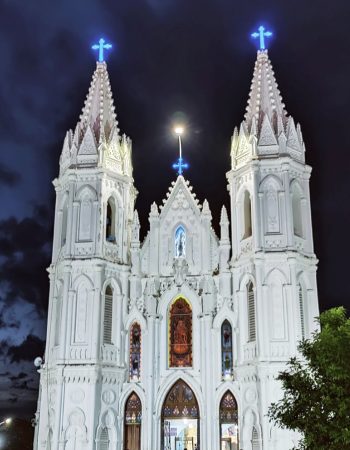 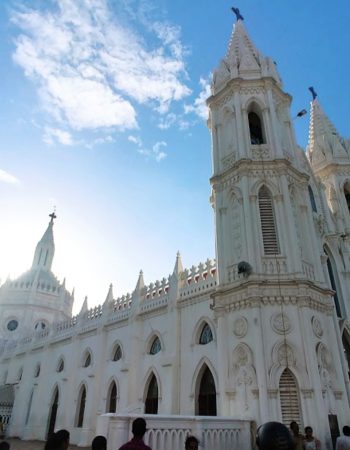 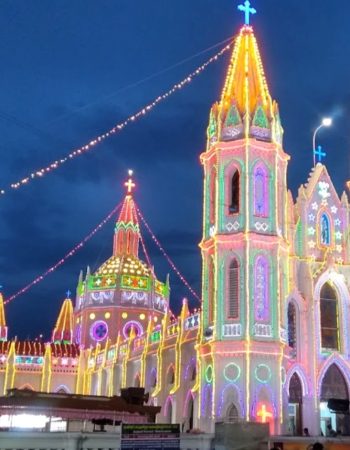 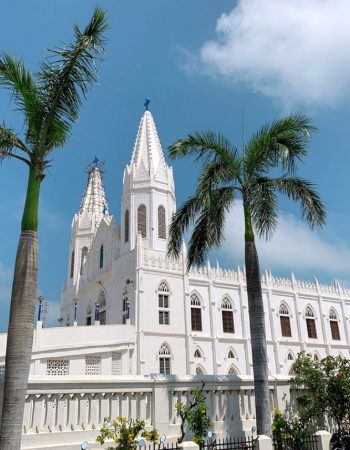 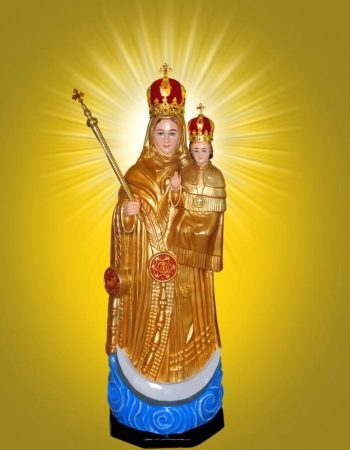 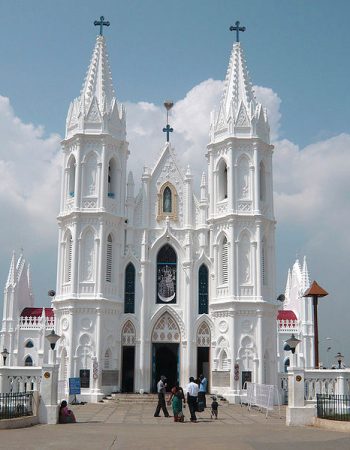 Basilica of Our Lady of Good Health, Vailankanni Claimed

Popularly known as the Velankanni church or Lourdes of the East, the Basilica of Our Lady of Good Health at Vailankanni in Tamil Nadu has a history that goes back to May 1570. Tradition has it that the first Marian apparition appeared to a shepherd boy carrying a jug of milk for delivery. He was stopped by a beautiful woman holding a child in her arms who requested some milk for the young one. The shepherd boy readily gave her some and went on his way, only to discover that the jug was once again filled with fresh milk. Realising the identity of the woman and child, a small shrine was erected and named Matha Kulam, which translates to Our Lady’s Pool.

Not much later in 1597 the second Marian apparition appeared to a young crippled boy selling buttermilk not far from Matha Kulam. He was stopped by a beautiful woman with a young boy in her arms who asked for some buttermilk. The boy’s mother asked the crippled lad to visit a gentleman in the next town and ask him to build a chapel in her honour at that very location. Without hesitation the boy rose and set out on his errand. It was then that he realised that he was no longer lame. Screaming with joy he beckoned the gentleman and conveyed the instructions. They rushed back to where the incident had occurred and put up a small thatched chapel and named it Arokia Matha or Our Lady of Health. That spot marks the very location of where the Velankanni church stands today.

In ancient times, the village of Vailankanni was a port which attracted many trading ships due to its excellent location that made navigating the Bay of Bengal much easier. One such ship carrying a crew of 150 Portuguese sailors, from Macao en route to Colombo was caught in a raging storm. Such was the force of the storm that the sails and mast were completely destroyed. The captain called his men together to pray, and they entrusted themselves to the Virgin Mary under the invocation ‘Star of the Sea’ (Stella Maris) beseeching Her to save them.

Soon after, the storm subsided and the ship eventually limped into Vailankanni port. The day happened to be the 8th of September, the Feast of the Nativity of Mary. Owing their lives to Our Lady, the sailors set about rebuilding the Shrine to Our Lady of Good Health. In later years, whenever the ship touched this port, the sailors visited the shrine bearing artefacts to enhance its beauty.

Today this Basilica attracts visitors of all faiths. The crowds surge to approximately 2 million during the week of the Nativity. The statue of the Virgin Mary is draped in a sari. The shrine of Vailankanni was elevated to the status of Minor Basilica and merged with the Major Basilica of Mary in Rome on 3 November 1962 by Pope John XXIII.