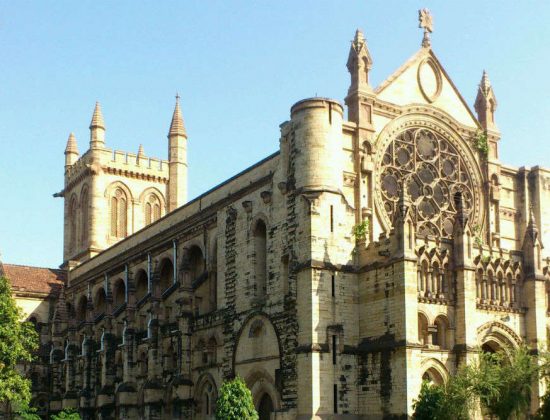 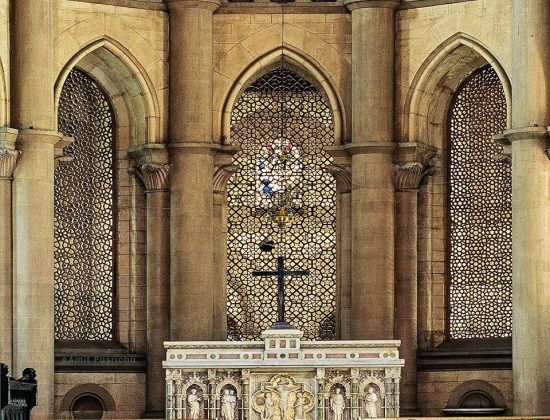 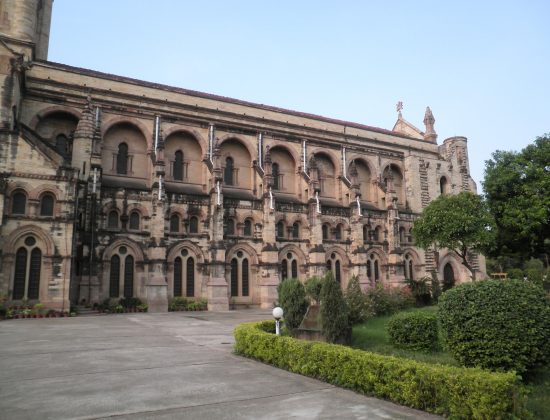 Popularly known as Patthar Girja or Church of Stones, the All Saints Cathedral is a magnificent Anglican Cathedral that lies in heart of Allahabad, now known officially as Prayagraj. Allahabad is a major city in Uttar Pradesh, India and is located close to the Triveni Sangam, or the confluence of three rivers- the Ganga, Yamuna and Saraswati rivers. Also called Prayag, a place of sacrifice or offering, this populous city of 1.11 million people plays a central role in Hindu scriptures.

The history of the All Saints Cathedral, Allahabad dates back to the days of the British Raj. Land for erecting the Cathedral was granted by Sir William Muir, the lieutenant governor of the North Western Provinces. Originally intended to be the main cathedral of the North-Western Provinces, it was however decided to have the main cathedral at Lahore instead. The foundation stone was laid by his wife, Mrs Elizabeth Huntly Wemyss, on 10 April 1871.

Considering the importance of the Cathedral, the services of Sir William Emerson, a prominent British architect, were engaged. Sir William Emerson is well known for his other masterpieces like the Crawford Market in Mumbai, the Muir Central College, Allahabad and the Victoria Memorial in Kolkata. Work though proceeded at a leisurely pace- while the cathedral was consecrated in 1887 it was finally completed another four years later.

All Saints Cathedral is built in the Gothic Revival style, an architectural form that was very popular in the 19th century. In view of the warm climate prevailing in the city for much of the year, porches are provided for carriages, as also low windows that can be easily covered with mats to protect against hot winds and dust. The local moniker Patthar Girja probably alludes to the cream white stone that the exterior is built with, and then tastefully finished with red sandstone dressing.

The inside of the cathedral has impressive vaulted ceilings, Greco-Roman columns and archways, and stained glass windows of an exceedingly high order of craftsmanship. The beautiful altar of mosaic inlaid with marble has a pulpit with three panels. While most of the cathedral follows European architectural styles, it is the altar with its fine marble latticework, no doubt with a strong Mughal influence, which brings the whole place to life.

Centrally located in a large open space at the crossing of two arterial roads of Allahabad, M G Road and S N Marg, this is one of the largest and most impressive churches in North India. Today the cathedral is part of the Church of North India. The best time to visit is on Sundays, preferably before the services begin. One can experience the essence of multi-cultural India at this cathedral which co-exists in one of Hinduism’s holiest cities.