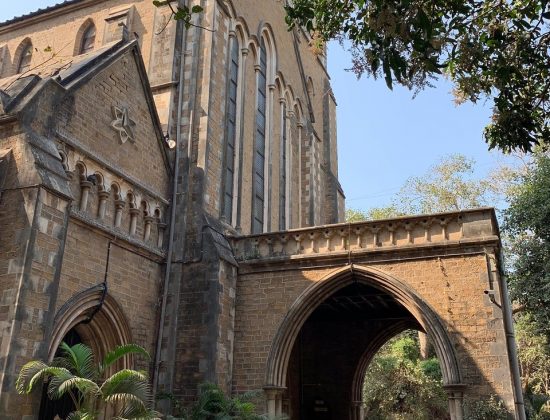 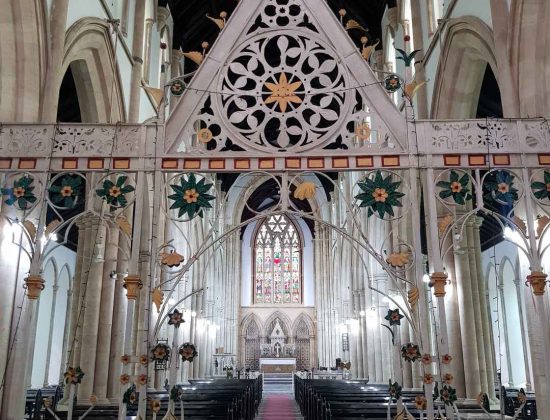 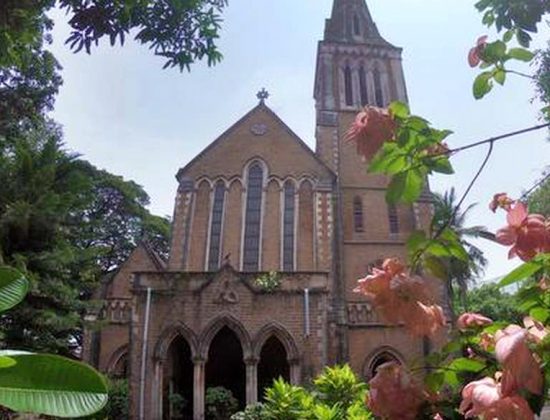 Tucked away in a green and leafy corner of Colaba, in South Bombay is the Church of St John the Evangelist better known as the Afghan Church. It was erected by the British as a memorial to the casualties of the First Anglo-Afghan War of 1839 and the subsequent retreat from Kabul in 1842. This slightly forlorn church is an all but forgotten monument to the disaster in Afghanistan which shook Britain to her very core. Thousands of men had been slaughtered on the march back to India in the narrow passes of Khord Kabul and Jugdulluk.

Many of the casualties came from the Bombay and Bengal Presidency armies of the East India Company. Their military establishments lay in close proximity to the present church site. A rudimentary Anglican church did exist in Navy Nagar which lies a kilometre to the south, but it was inadequate for regular services. At around this time, the government granted land at the present site for construction of a new Church. It was hoped that the spire of the new church would aid ships navigating into the harbour that lay in the vicinity.

The first steps towards a new church were initiated in 1843, when the Chaplain of the East India Company in Bombay, the Rev George Piggot requested the Oxford Architectural and Historical Society to come up with a design for the new church. Unfortunately, the designs presented by the architect John Macduff Derick met with the following reply: “The Committee regret to state that Mr Derick’s beautiful design for Colaba, after all the pains taken to adapt it to the requirements of the climate, has been found altogether unfit for the purpose, as well as requiring an expense for its erecting far surpassing the extent of any funds which can be provided for that end.”

It was left to Henry Conybeare, a civil engineer to present designs that were approved and finalised. In reality, Conybeare had come to Bombay to work for the Great Eastern railway and was later engaged with the city’s water supply. In those days it was considered good enough for him to design a church, and before long Sir George Russell Clerk, Governor laid the foundation stone of the church on 4 December 1847. The Anglican Bishop of Bombay, John Harding consecrated the Afghan Church on 7 January 1858.

The church’s connection with Afghanistan does not stop here, for when the Second Anglo-Afghan War ended in 1880 further memorials were added to the church. Displayed at the rear of the nave are plaques recording casualties from that war, as well laid up regimental colours. A long memorial of nine bays was also constructed directly beneath the west window and intricately inlaid with coloured local marble, basalt and limestone. The stained glass in the church is the work of William Wailes, perhaps most famous for the west window of Gloucester Cathedral.

Today the church stands in majestic solitude, its stillness and quiet undisturbed except for the rustle of leaves and the occasional bat in the rooftop timbers. Visitors to this church would be rewarded with a glimpse into the years of British India, and how one of the mightiest Empires in history handled a defeat that they were mostly unprepared for.

Hi this is a great historic church in the Colaba bylanes. You will usually need to wait for the caretaker or be really lucky to find it open. Please enter or wait and then ensure you get to see the place.