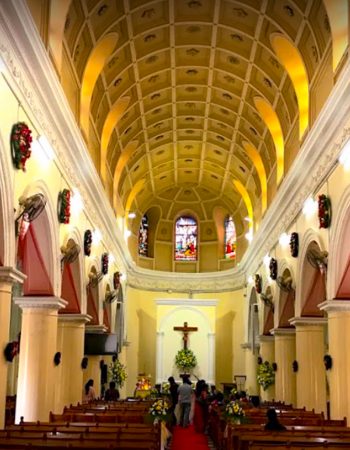 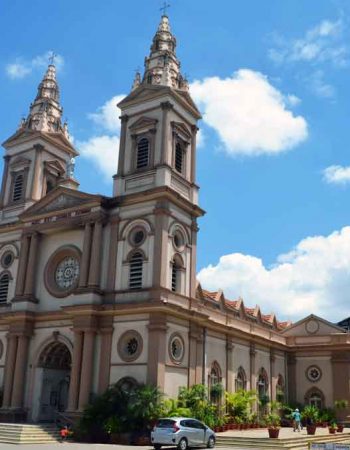 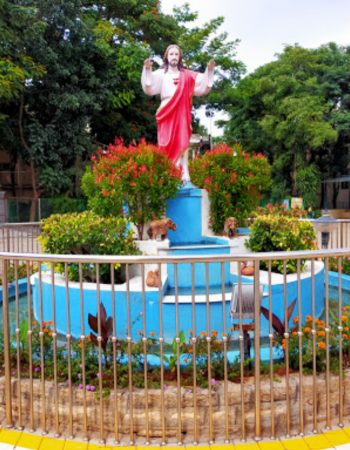 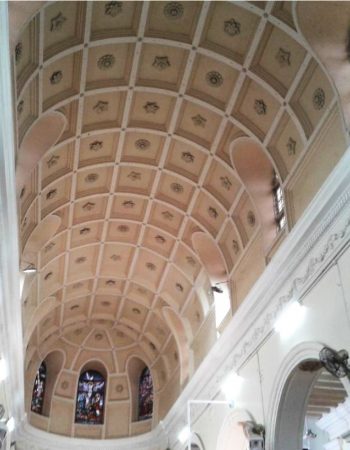 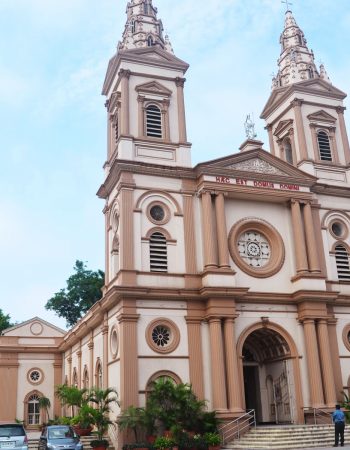 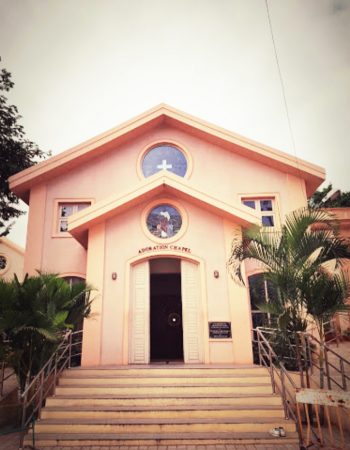 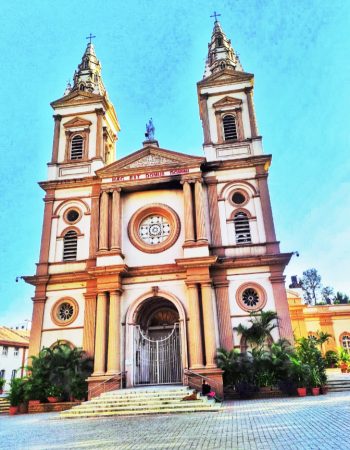 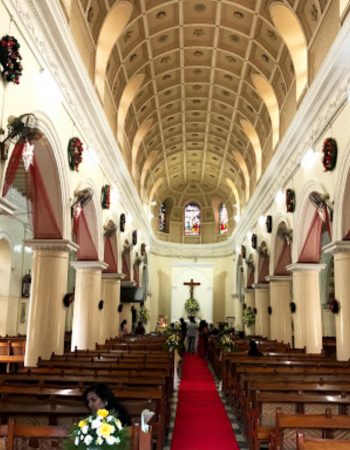 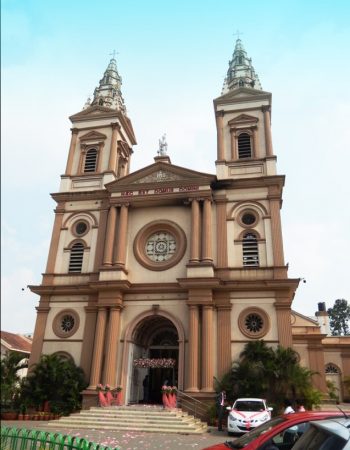 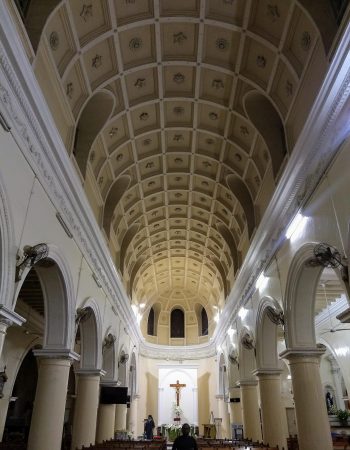 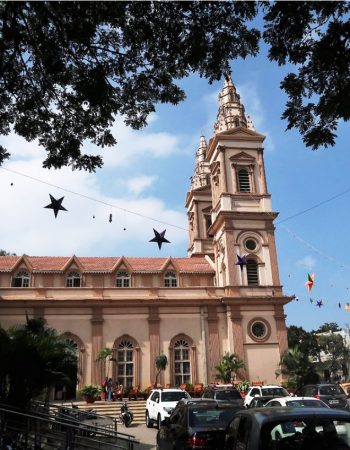 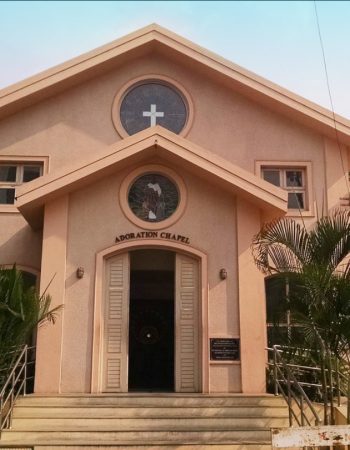 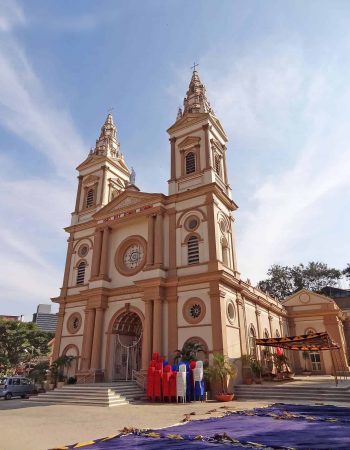 Tucked away from Bangalore’s busy Brigade Road, St Patrick’s Church stands out for its majestic calm amidst the din of its environs. For an ageing property that has undergone several rounds of renovation, St Patrick’s has a surprisingly vibrant air to it. Its leafy glades rustle in the quiet afternoon sun, welcoming visitors and parishioners alike, who seek a momentary break from the bustle of one of India’s largest metros.

The thing that first strikes you about this lovely colonial-era church is its twin spires, mounted on either side of an imposing facade. A short driveway leads to a smartly paved courtyard, surrounded by greenery that envelopes you with its typical fragrance. Brightly lit interiors, topped by a beautiful circular roof lend the structure an element of sanctity in keeping with its consecrated status.

The story of St Patrick’s begins about a hundred and eighty years ago when Commissioner Mark Cubbon, with the concurrence of the Maharaja of Mysore, granted a piece of land for erecting a church. What was once a stable for horses and camels of the British military, was converted to a place of worship. The first stone was laid in July 1841 and over it was erected a monument to the abiding faith of its builder, Fr Jacques – Henry Gailhot.

As Army Chaplain to the British troops stationed there, Fr Gailhot was instrumental in establishing the church to cater to their spiritual needs. He served as the first Parish Priest. By the end of 1844, the beginnings of the present church were in place.

Consecrated as the Church of the Assumption, it was popularly referred to as St Patrick’s by the Irish troops who garrisoned the nearby cantonment. Funds for its construction came from some but not all the Irish soldiers. Many feared reprisals from their Anglican officers. At its infancy, the church had not yet acquired its trademark steeples and was a relatively modest affair. The steeples came half a century later in 1894 when extensive reconstruction began.

In terms of jurisdiction, the church formed part of the Mysore diocese and served as its Cathedral from 1886 to 1940. The Diocese of Bangalore was erected only a century later in 1940 and promoted to become a Metropolitan See or Archdiocese in 1953. With the establishment of the new Diocese, St Patrick’s lost its Cathedral status. The church of St Francis now became the new Cathedral. It continued as a personal parish (as established under Canonical law) for Europeans and other Indian Catholic communities like Goans and Mangaloreans. By the early sixties, it reverted to its former status of a territorial parish. Today it is one of the most well-known parishes in the city.

No mention of St Patrick’s would be complete without referring to the shrine of St Anthony. Built adjacent to the main church, the shrine began life as a recreation hall but converted to its present use in the 1950s. It has since been renovated and attracts large numbers of the devout. The annual feast of St Anthony on June 13 has gained popularity across people of diverse faiths and celebrated with greater devotion.

The feast of St Patrick is on March 17 and celebrated across the world. It is a public holiday in Ireland and serves as a de facto National Day for the Irish. Incidentally, St Patrick’s Day is a holiday in more countries than any other National Day. For St Patrick’s Church, Bangalore it is not just the feast of its patron saint. March 17 rekindles memories of its founding days and a legacy rooted in its colonial past.