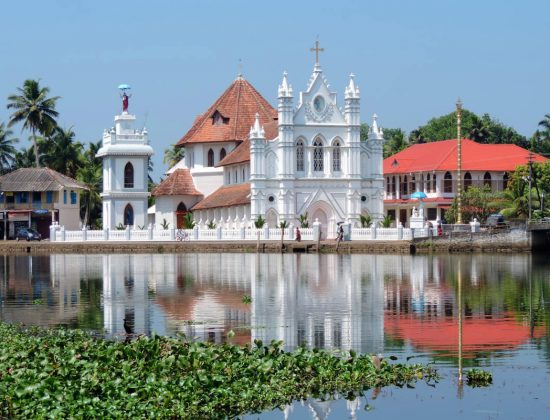 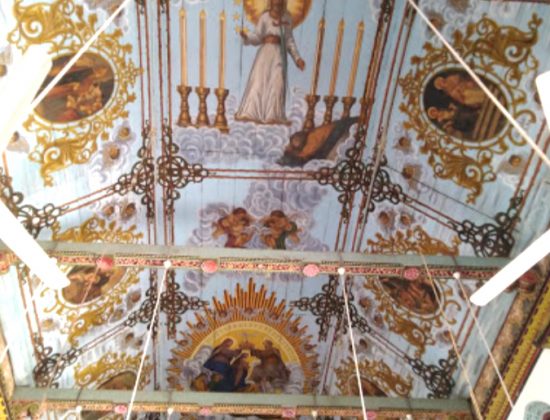 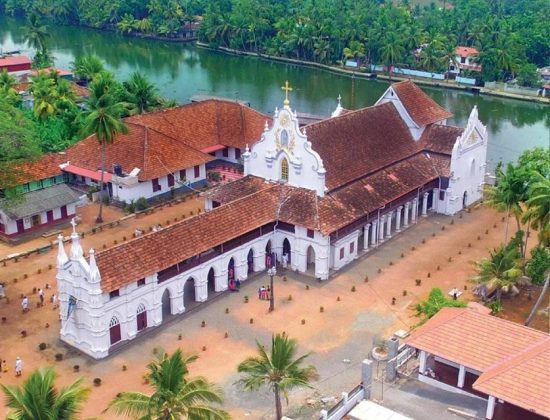 Established in 427 AD, the St Mary’s Basilica at Champakulam is one of the oldest Syro-Malabar Catholic churches in India. Commonly referred to as the Champakulam church, it was in its initial days, under the Niranom church. Niranom is one of the seven ancient churches founded by St Thomas the Apostle himself.

Champakulam is located in the Kuttanadu taluk of Alleppey district is a village that has retained much of its old world charm. The many archaeological artefacts that abound in the Champakulam church premises speak of its past glories. For instance, there is an open air Rock Cross that dates back to 1151 AD.

The church played a pivotal role in efforts to reunite the Catholic Syrians with the Jacobite Syrians in the 18th century. Ikkako Kathanar was a priest who was born in this parish and was martyred by the Portuguese for resisting their efforts to suppress the East Syriac tradition.

The history of the Champakulam church is closely linked to the Devanarayanans of the Chempakassery kingdom. The Chembakasserry Kingdom, with its seat at Kudamaalor, was founded by a Namboothiri in the 12th century. With him were a group of Nair warriors who had been expelled from the territory by the Samoothiry of Calicut. These kings were called Devanarayanans. To this day the Champakulam church participates in the famous Champakulam Moolam Boat race by providing rope and bamboo every year for the boat race as a ritual.

The church has been rebuilt several times over the centuries. In some instances royal patronage was received to carry out the renovations. On 27 November 2016, the church was elevated to the status of a basilica by Pope Francis. Considering its very ancient vintage, the St Mary’s Basilica at Champakulam figures prominently in the must see churches of Kerala. Every year, it attracts a large number of tourists from both India and overseas.