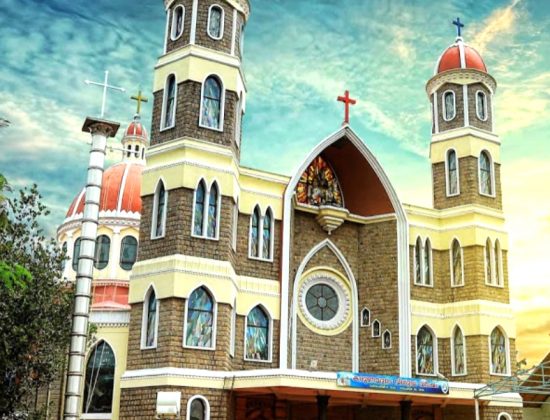 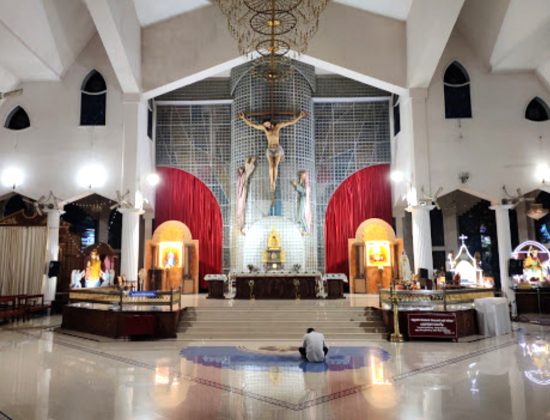 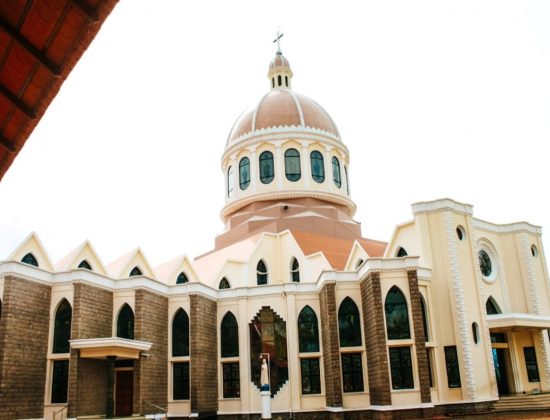 The original church was located on the banks of the River Maanjally, where it stood until the fag end of the 19th century. A boat jetty attached to the church existed in those days. Remnants of laterite stone which formed part of the original Angamaly church were identified by an archaeological team in 2001.

St George’s church which is one of the three ancient churches in Angamaly, came under attack by Tippu Sultan in November 1789. Two thousand of Tippu’s troops entered Angamaly by destroying the Nedumkotta fort, which had been built to resist such an attack. All three of the ancient churches were razed to the ground. Parts of the laterite foundation remain to this day and can be seen in the church grounds.

Only the walls which were five and a half feet thick survived the onslaught. The facade of the destroyed St George church was left intact until 2005, after which it was demolished for further development of the property.

St George Syro-Malabar Catholic Basilica is one of the largest basilicas in India. Sprawled over 24,000 square feet of space, the basilica can accommodate about 8,000 persons at a time. A huge altar of about 2,000 square feet is designed for up to 50 priests to celebrate mass. Sixteen of the windows surrounding the central dome are decorated with images of the Apostles. The main area has sixty four windows which are adorned with depictions from both the Testaments.

The present Angamaly basilica was rebuilt and consecrated on 31st December, 2006. St George Forane church was accorded a well deserved recognition by Pope Benedict XVI, who on 24th June 2009 elevated it to the status of Basilica.