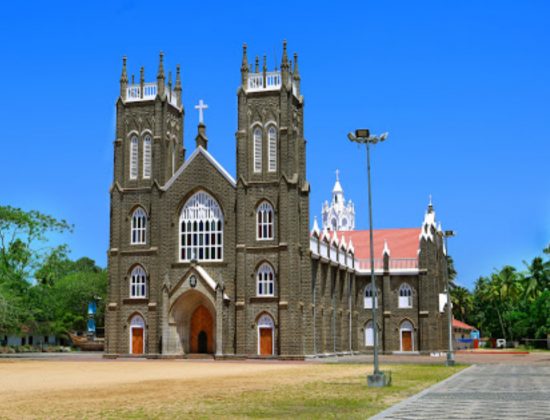 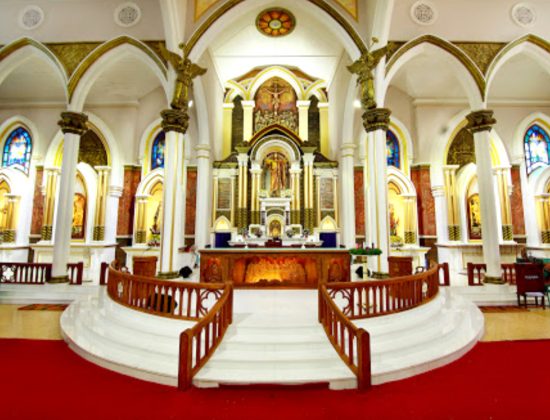 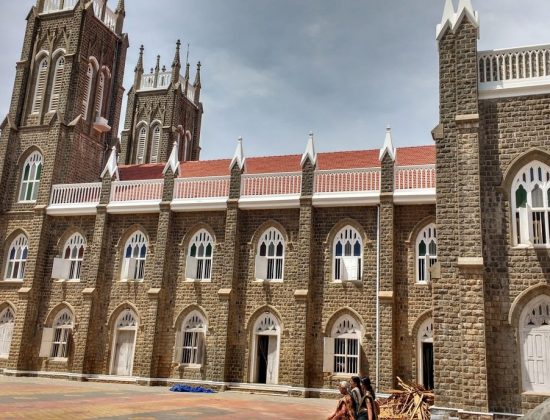 Established in 1581, with a modest structure of wood and coconut palm leaves, the St Andrew’s Basilica or Arthunkal church has grown to great heights. It is considered the largest shrine of St Sebastian in the world. Although named after St Andrew the Apostle, it is the feast of St Sebastian conducted at the basilica in January each year that has brought it renown. Today it is a pilgrim centre for innumerable devotees from across Kerala and other parts of India.

It’s story begins in 1581 when Veera Kerala Varma, the ruler of Cochin, gave permission to build a Church in wood. It was however Fr Giacomo Fenicio, an Italian Jesuit, who in 1584 obtained permission from the King to construct a new church made of lime and stone. To Fr Giacomo Fenicio goes the credit for having constructed the church twice. On his transfer back to Arthunkal in 1619, Fr Fenicio proceeded to rebuild the church. For the pious and saintly life he led, Fr Giacomo Fenicio was lovingly referred to as ‘Veluthachan’ or ‘the white priest’.

Arthunkal rose to fame when in 1647 the miraculous statue of St Sebastian sculpted in Milan, was brought to Arthunkal from Italy in a ship. St Sebastian, who was the captain of the body guards of the Roman Emperor Diocletian, was brutally put to death in 286 AD. The emperor ordered the execution as he could not accept St Sebastian’s faith in Christ. People from all faiths who were afflicted by illness prayed to St Sebastian and were cured. Gradually, the Arthunkal church began to attract thousands of people of all creeds.

In the 18th century control of the church passed into the hands of the Carmelite missionaries from the Jesuits. It was during the Carmelite period, Kuriakose Elias Chavara was ordained in this church on 29th November 1829, by Mauralius Stablini, the Archbishop of Verapoly. Kuriakose Elias Chavara who belonged to the Syro-Malabar Catholic Church went on to become the first canonised male saint of Indian origin.

Considering the antiquity and the fame of the Church, St. Andrew’s Church was elevated to the status of a basilica on 21st May 2010.