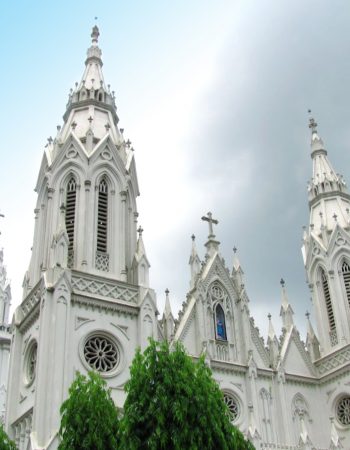 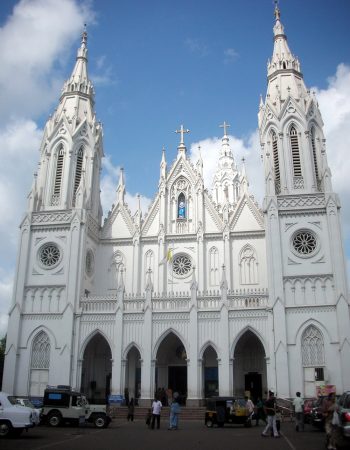 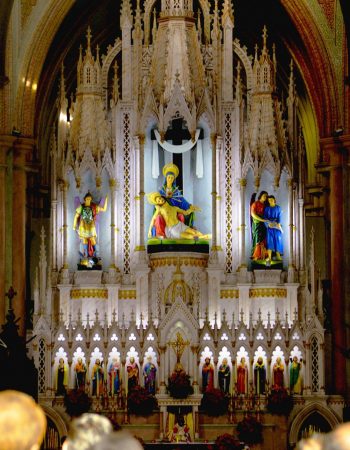 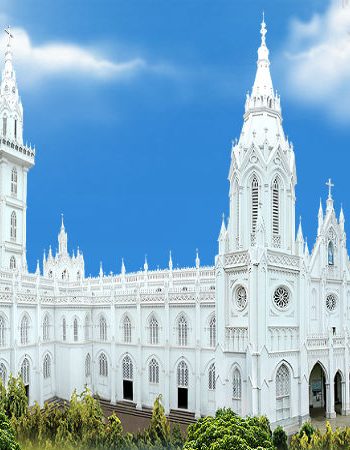 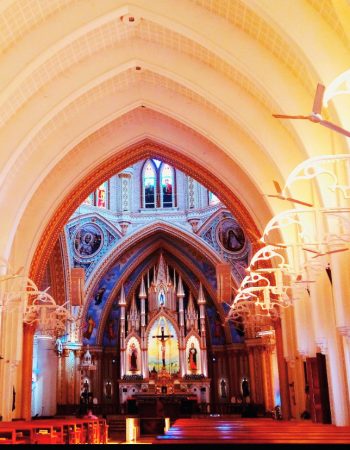 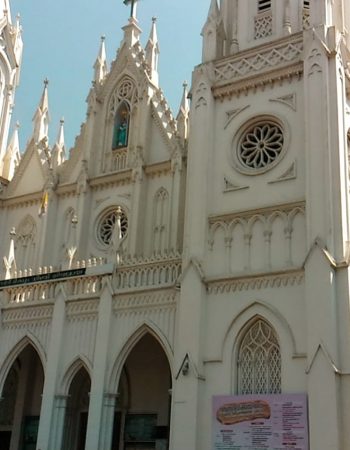 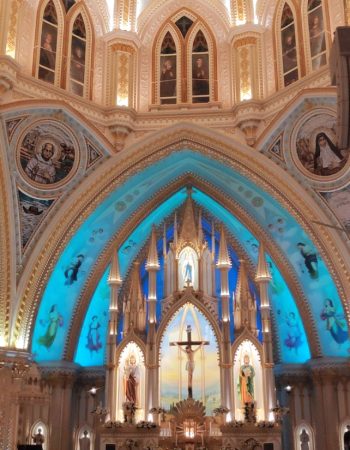 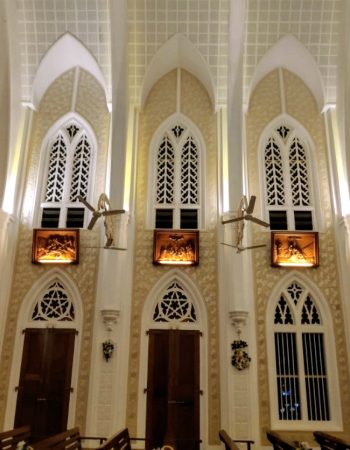 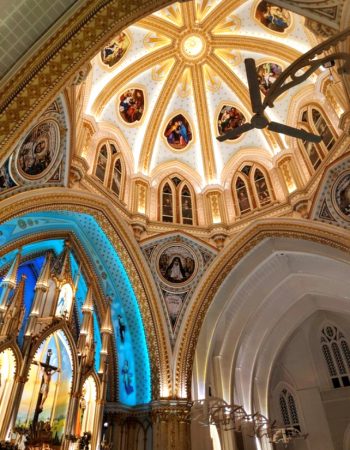 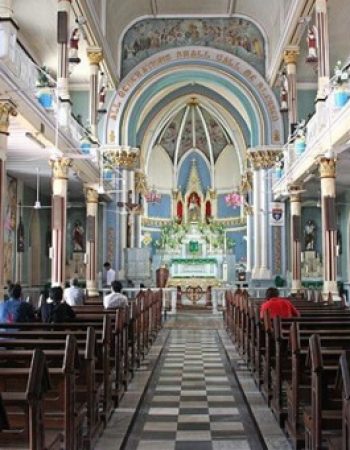 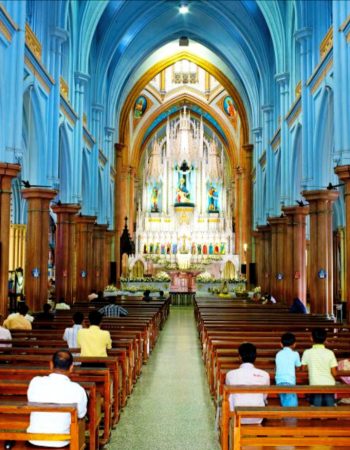 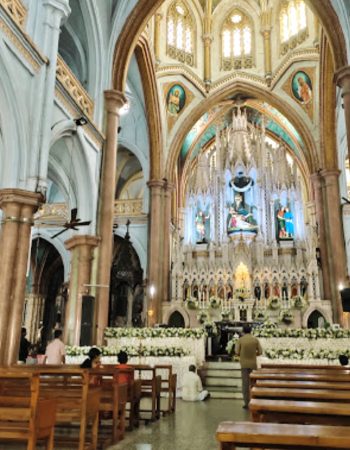 Sprawled over 25,000 square feet of impressive architecture, Our Lady of Dolours Basilica or Puthanpalli, Thrissur, Kerala is the largest church in India. The original church was established in 1814, but by a series of incidents eventually became the cathedral of the Chaldean Syrian Church. Locally known as Puthanpalli meaning New Church, the present church building was constructed in 1929. Everything about this Syro-Malabar Catholic basilica is lavish. It has a total of eleven altars, five each lined up on either side of the main altar. Two towering belfries at the entrance pairing the soaring central tower, give the basilica an appearance of unparalleled magnitude.

On his arrival in India, St Thomas landed at the then important port of Muziris which is at Cranganore or Kodungallur. In 1814, Dominicos, Archbishop and Governor of Cranganore Archdiocese, gave his approval and blessing to build the Puthanpalli, Thrissur in the name of Our Lady of Dolours. From the time of its opening until 1838 the church was under the jurisdiction of the Cranganore Archdiocese. On 24th April 1838, Pope Gregory XVI issued a proclamation, “Multa Praeclara”, whereby the Cranganore diocese ceased to exist. Consequently the church of Our Lady of Dolours came under the authority of the Bishop of Verapoly which continued till 1861.

As a result, the Syro-Malabar Catholics decided to construct a new church. Petitions seeking permission were sent to the Maharaja of Cochin, the Governor of Madras, the Viceroy and the British Emperor. Eventually on 8th October 1925, as per the order of Rama Varma, the Maharaja of Cochin, royal sanction was accorded to build a new church within the premises of the fort city of Trichur. The beautiful church which was thus raised has a spectacular collection of murals, besides impressive depictions of biblical scenes and images of saints.