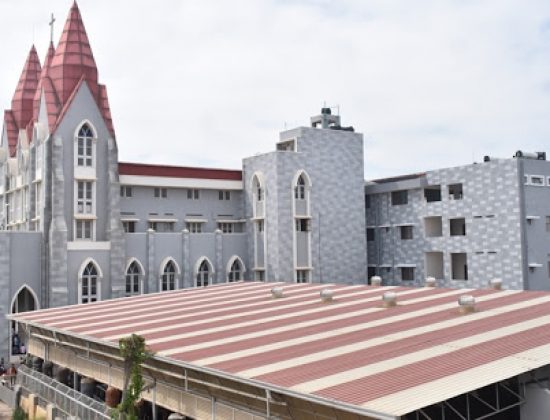 The Logos Retreat Centre has already been selected by God to continue the ministry of Jesus through its various programs such as residential retreats, Bible conventions on Friday, Saturday and Sunday in Kannada, in English and in Malayalam along with Tamil respectively. It is located in Horamavu – a suburb of Bangalore. It was founded by the Vincentian Congregation, which is the order that runs the world famous Divine Retreat Centre, Muringoor, Potta.

The director of the centre is Rev Dr Jose Vettiyankal VC is a retreat preacher. Ever since his ordination on Jan 4, 1988 he has preached all over the world. He has also served as tribunal judge in the Archdiocese of Mylapore in Tamil Nadu and defender of Bond in the Archdiocese of of Kottayam in Kerala. For a while, he was Provincial Superior of the St. Joseph Province of the Vincentian Congregation. At present, he serves as the Director of Logos Retreat Centre, Bengaluru, India. Fr Jose is appointed as the official Exorcist of the Archdiocese of Bengaluru, India.

Excerpt from the website of Rev Dr Jose Vettiyankal: Man has a spirit even as he has a body. As the body gets ill, the spirit too gets sick. The reason for the sickness of the spirit is sin. There is no natural cure for this. When we pray after repenting and forsaking all sin, we get forgiveness. The Bible says that the sinner has no peace. “But the wicked are like the tossing sea that cannot keep still; its waters toss up mire and mud. There is no peace, says my God, for the wicked”, Isaiah 57: 20-21. Jesus is the God who forgives sin. He bore sin and sickness on his body and offered himself on the Cross. Thus were we relieved of sickness and curse. Jesus defeated Satan and death on the cross. The repentant sinner receives free forgiveness from sin by the invaluable crucifixion of Jesus. Only Jesus has authority to forgive sin, because he is God – Mark 2: 5,7,10.