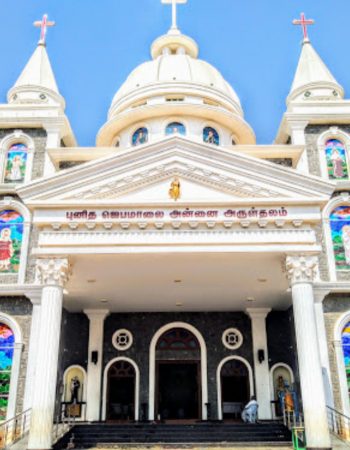 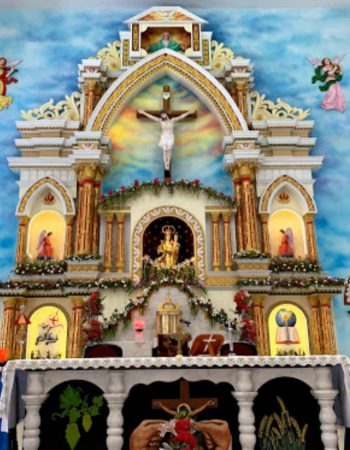 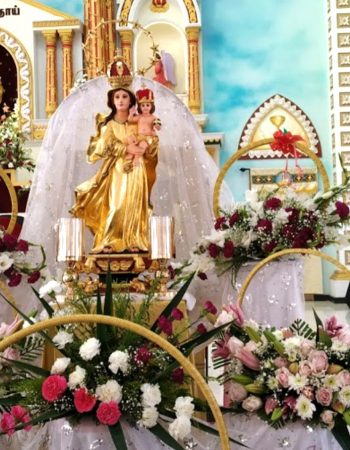 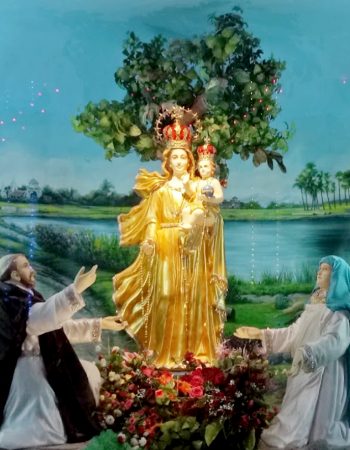 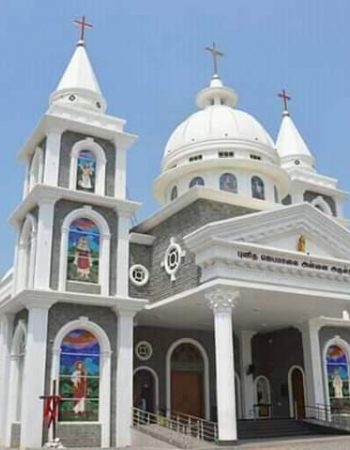 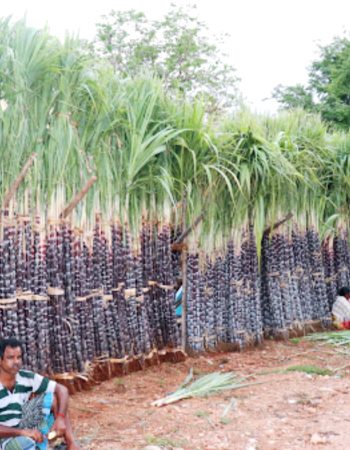 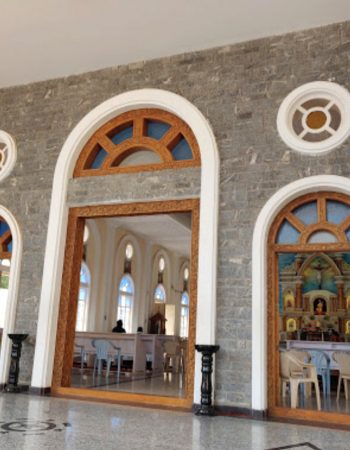 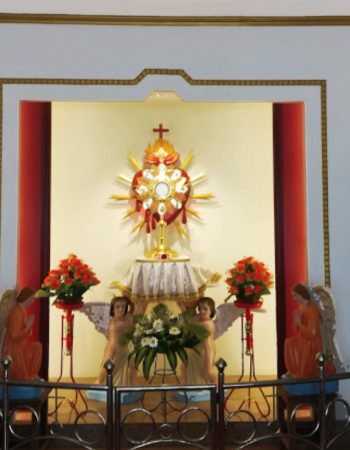 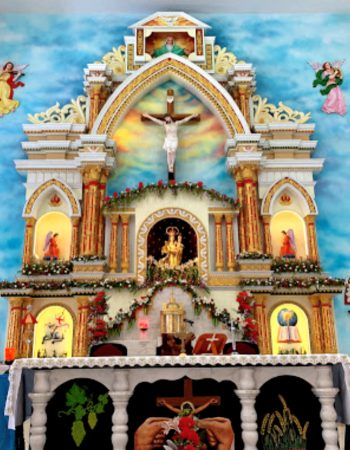 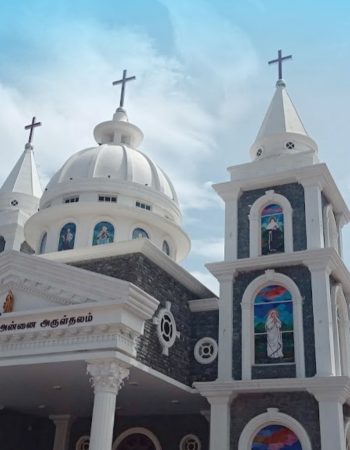 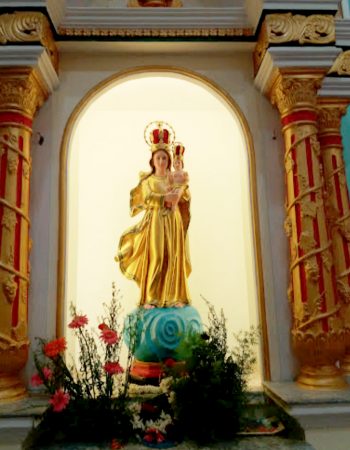 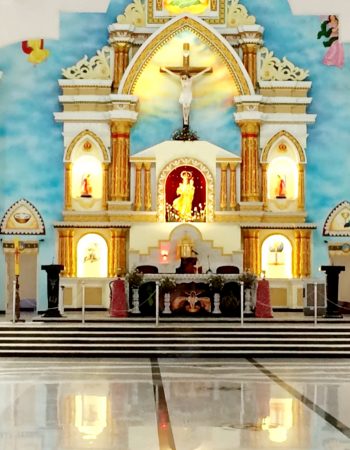 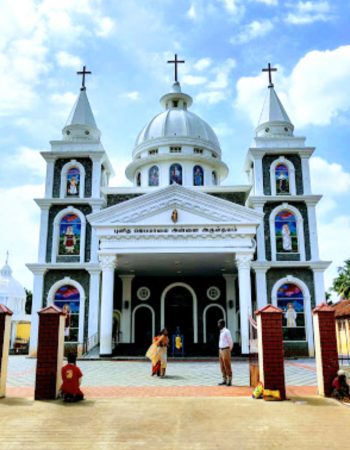 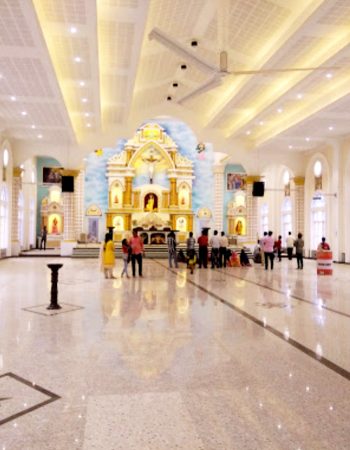 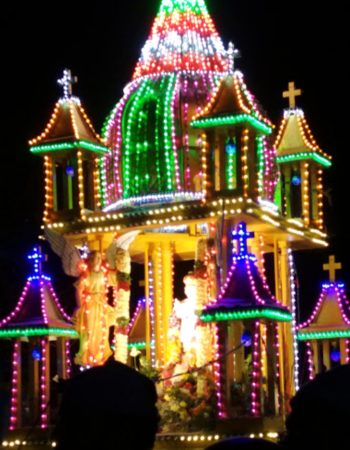 Basilica of Our Lady of the Holy Rosary, Karumathampatti Claimed

Located in Karumathampatti, a small town about 25 kms away from Coimbatore, the Basilica of Our Lady of the Holy Rosary has been an important Catholic shrine since 1640. It is popularly referred to as the Karumathampatti Church or the Rosary Church, Karumathampatti. The earliest Christians in this region were converted from the Devanga or weaver caste. Since a majority of the Christians here are Kannada speaking, it is speculated that they must have migrated from the princely state of Mysore which lies north. The Italian Jesuit Fr de Costa and his successors Fr Martinez and Fr Arcolini, played an important role in bringing Christianity to the region.

Calamity struck the shrine in 1684, when it came under attack from the rebelling soldiers of the Mysore Rajah Saraboji. The rebellion at Sathyamangalam which is about 50 kms to the north, spilled southwards. The rebels laid siege to the Karumathampatti fort and eventually destroyed the houses of Christians and the church that lay within. However, the Rajah of Mysore led a successful campaign against his rebel soldiers and exacted a heavy price from them. They were forced to rebuild the church and the houses that they had destroyed.

Around this St John de Britto visited Rosary Church, Karumathampatti at least three times, and is said to have celebrated Holy Mass in the main chapel. The Karumathampatti church was once again destroyed in 1787, at the hands of Tippu Sultan. Anticipating the attack, the Christians removed the statue of Our Lady of the Rosary and buried it secretly. It was only years later when the shrine was being rebuilt that the statue was retrieved and installed on the altar once again.

The task of rebuilding the church, after the death of Tippu in 1799, fell to the renowned missionary Fr Dubois, who is considered a legend in the region. To Fr Dubois goes the credit of having introduced to India, the vaccination against small pox which was a killer disease in those times.

Between the years 1803 and 1809, Fr Dubois searched and brought back the scattered flock to the faith who were numbering a mere 3500 when he first landed at Karumathampatti. He obtained from the British government, not only the site of the old church where it once existed within the fort, but also a large plot of land surrounding it. The church that he reconstructed stood for almost two centuries until 1995, when it made way for the modern church that stands today.

On July 22, 2019 the Congregation for Divine Worship and the Discipline of the Sacraments at Rome elevated the shrine to the status of a minor basilica. The hard work of the pioneering missionaries, who faced numerous challenges including martyrdom, received the honour that was always its due. The fruits of their labours can be counted in the multitudes of the faithful, who throng the basilica to venerate Our Lady of the Rosary to this day.