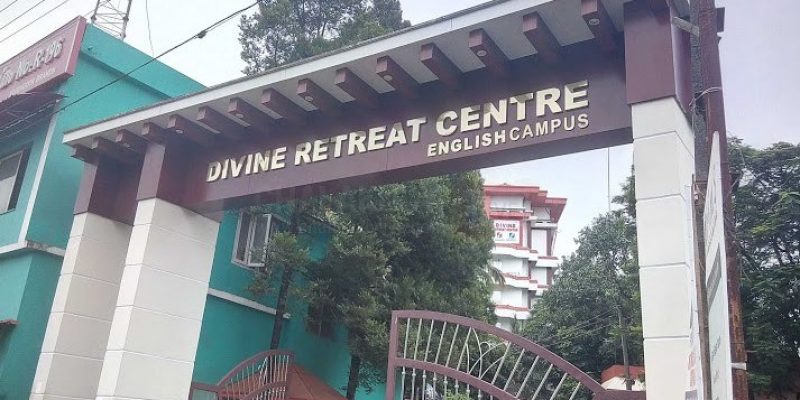 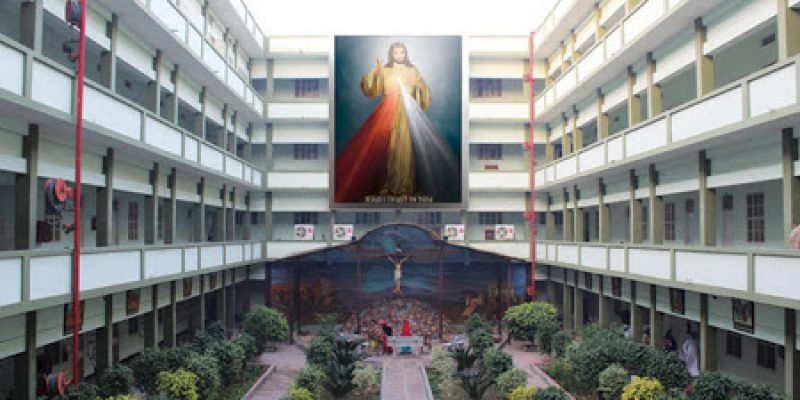 The Divine Retreat Centre Potta is the largest Catholic retreat centre in the world. Over 10 million pilgrims from all over the world have attended retreats here since 1990. It is an achievement possible only through the grace of God. The centre which started as a preaching ministry, has now evolved into a home of love by the providence of God. It was founded by the Vincentian Congregation from Kerala.

The Potta Ashram was founded in 1977 as the centre to direct and to co-ordinate popular mission retreats. It functioned as the headquarters and residences of the directors of the Center, Frs. George Panackal V.C. and Romulus Nedumchalil, etc., who used to conduct mission retreats and visitations from here. A few years later, Fr. Mathew Naickomparambil was transferred to Potta. Fr. Naickomparambil was involved with propagating the Charismatic Renewal. The Renewal movement that began in 1966 at the Duquesne University in Pittsburgh, U.S.A. was brought to India in February 1972.

As the Potta Ashram was inadequate for the increased numbers, under Fr. George Vempilly, the new director, a sprawling new site was acquired at Muringoor, on the banks of the Chalakudy River, six kilometers away from Potta, and Fr. Jacob Athickal was tasked with preparing a new and more extensive facility which was to be called Divine Retreat Center Potta. At this new site, retreats were begun in six other languages besides Malayalam including English, Konkani, Kannada, Telugu, Tamil and Hindi. Since 1990, over 10 million pilgrims from all over the world have attended retreats here. Weekly retreats are held throughout the year. The Divine Retreat Centre Potta has 2 large campuses along both sides of the NH47 – one for the Malayalam retreats and the other for the English and other language retreats. The Divine Nagar Railway halt was opened in 1996.

The retreat centre also houses several homes attending to the sick and the marginalised section of society. These include:-

The Divine Mercy Home for the aged

Samaritan Home, for school-going children aged of 3 to 17

Shantipuram Care Centre, a home for the mentally challenged, was started in 2001.

St Vincent Aids Home, that looks after the HIV positive and AIDS patients.