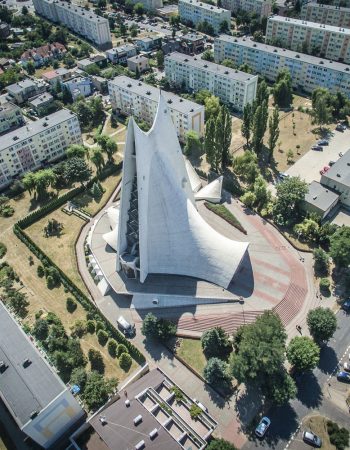 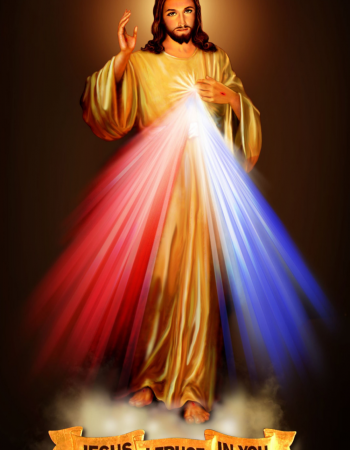 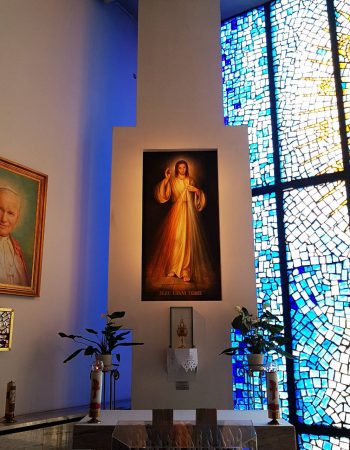 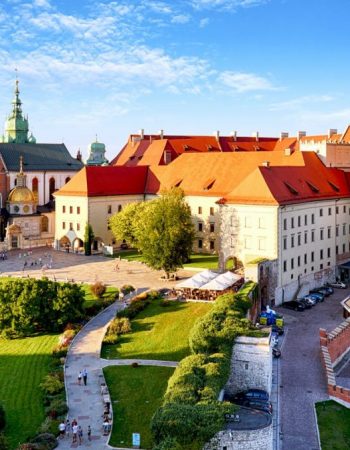 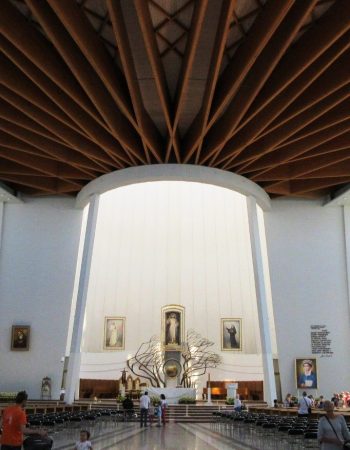 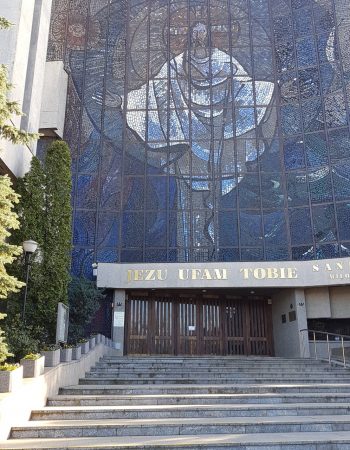 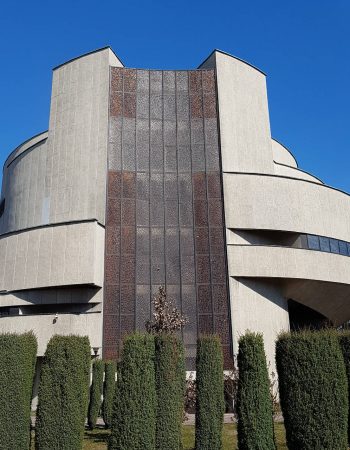 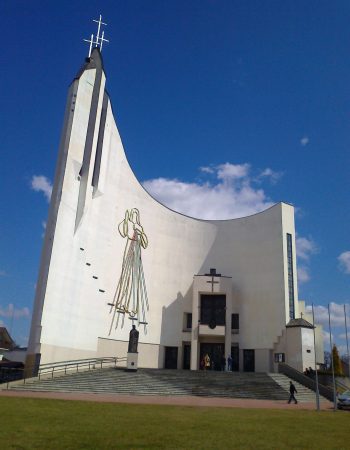 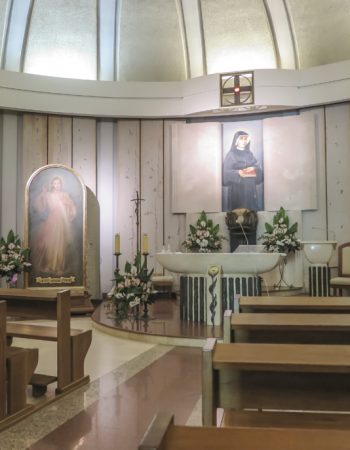 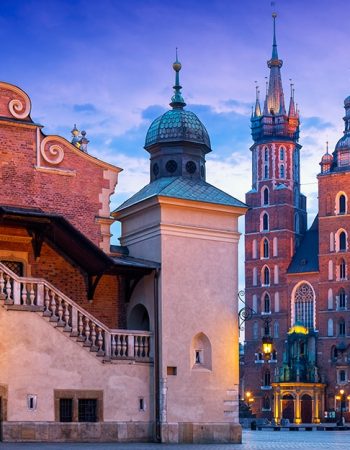 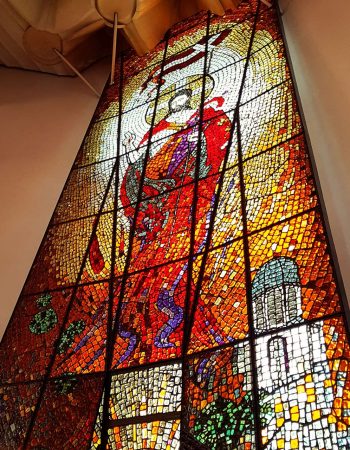 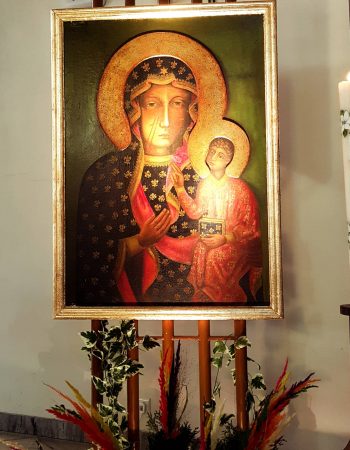 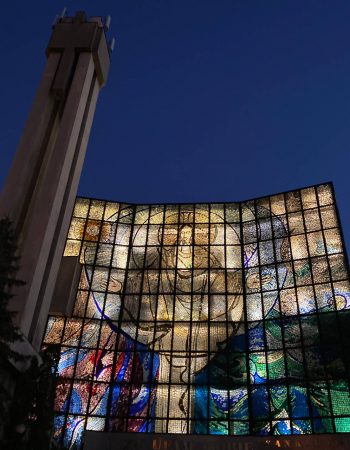 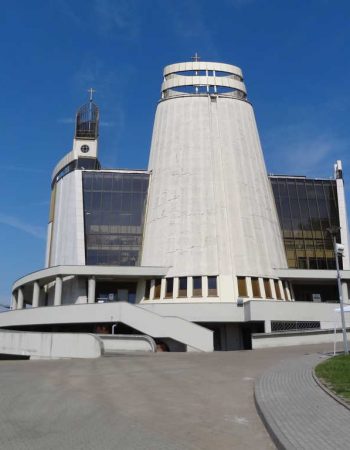 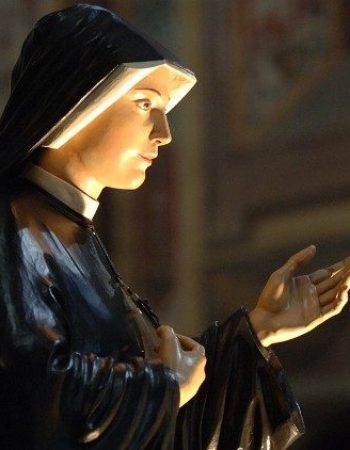 The history of the Divine Mercy devotion is, in reality, the life of Sister Maria Faustina Kowalska, its originator. Popularly known as St Faustina, Maria Kowalska was a Polish nun who lived in the early part of the 20th century. Although she lived for only 33 years, her works and influence far outlived her brief life.

Maria Kowalska is most famous for the apparitions of Jesus Christ, who is said to have appeared to her. She maintained a diary where she recorded her interactions with Jesus. Her jottings, which ran to about 700 pages, were published posthumously as The Diary of Saint Maria Faustina Kowalska: Divine Mercy in My Soul.

Born in 1905 to a peasant family in Poland, she was the third of the ten children of Stanisław Kowalski and Marianna Kowalska. Right from childhood, the young Maria Kowalska felt a calling to take up the religious life. Her desire to enter a convent soon after her schooling did not materialise, as her parents were not in favour of it. Following a vision of Jesus, Faustina left her home when she was 19, intending to enter a convent. She boarded a train to Warsaw, a city 85 km away from her home town, without informing her parents.

It was a city where she knew no one. Her applications to several convents seeking admission were unsuccessful. Her poverty seemed to impede her acceptance. She was at last conditionally admitted by the Sisters of Our Lady of Mercy. The condition being that Faustina would pay for her religious habit. Her deeply ingrained religious fervour spurred her on to the task. For almost a year, Faustina slaved as a housemaid until she could rustle up enough money to pay for her robes.

Although she started her religious life as a runaway, the parents of Faustina accepted her vocation before long. They were present at the ceremony where she took her first religious vows in April 1928. She was posted briefly to Wilmo, then a part of Poland. It is known today as Vilnius, the capital of Lithuania. Soon she was back in Plock, Poland, where the first of the apparitions appeared to her in February 1931. Sister Faustina wrote that Jesus asked her to paint an image of what she saw and inscribe on it the words: ‘Jezu, ufam Tobie’ meaning Jesus, I trust in you.

As she was by no means an artist, Sister Faustina turned to her colleagues to help render the image. She could make no headway there, and it was only in 1933 on her return to Wilmo was the first impression put to canvas. It was here that she met Fr Michael Sopoćko, a theologian from Stefan Batory University. Founded in 1579, it is one of the oldest universities in Eastern Europe. When he heard her tale, Fr Michael was astounded by its impossibility. Incredulous, Fr Michael insisted on the evaluation of Sr Faustina by a professional psychiatrist. Dr Helena Maciejewska, the psychiatrist who examined Faustina, declared her of sound mind and mentally competent.

On receiving this validation, Fr Michael Sopoćko became convinced of the authenticity of her claims. He helped her find an artist who could paint the Divine Mercy image as she had seen it. The painter was Eugeniusz Kazimirowski, a leading Polish painter of that era. Fr Michael acted as the model while Sr Faustina provided a detailed description of what she had seen. Although both Sr Faustina and Fr Michael were not satisfied with the final results, they decided to go ahead with its display.

When completed, the painting adorned the altar of the church of St Michael in Wilmo/Vilnius. In 1948, the church premises were taken over by Soviet authorities and shut down. The painting was smuggled out and worshipped in secret by the local population. Age and neglect had caused the artistic work to deteriorate in appearance. It was during this time it underwent an unsuccessful restoration attempt, which further damaged it. It was only in 2003, after professional restoration, that the painting regained its original appearance. In 2005 the restored work was finally displayed for public viewing in the Divine Mercy Sanctuary at Vilnius, where it remains to this date.

The diary entry dated February 1931 also stated that Jesus wished for the first Sunday after Easter to be the Feast of Mercy and the Divine Mercy image to be solemnly blessed on that day. Sr Faustina had predicted a terrible war towards the end of her brief life. In 1939, a year after her death, war clouds loomed over Poland, beginning with the Nazi occupation. Ironically, it was because of this near accurate prediction, devotion to the Divine Mercy spread all over Poland. A new order, the Sisters of Divine Mercy, was established. By 1951, there were about 150 centres of Divine Mercy in Poland.

But more was yet to come. In 1959, the Holy Office at the Vatican forbade the circulation of images and writings that promoted devotion to the Divine Mercy in the forms proposed by Sister Faustina. The ban was triggered by what seemed as theological inconsistency and what appeared to be an excessive deification of Sr Faustina herself.

At about the same time, the Archbishop of Krakow, Karol Wojtyła, started paying greater attention to the life and writings of St Faustina. In 1966, he had her remains interred at the monastery of the Sisters of Our Lady of Mercy at Krakow. The monastery was then declared a shrine by the Archbishop in 1968. That shrine became a world-famous basilica, popularly known today as the Divine Mercy Sanctuary at Krakow.

The shrine at Krakow was torn down and completely rebuilt in 2002. A modern circular structure, resembling a boat, was erected where the former monastery once stood. The new Divine Mercy Shrine has a high tower fashioned similar to the mast of a ship. The chapels can accommodate a total of 5000 people. The relics of St Faustina remain placed at the altar of the main Sanctuary for veneration. The most popular and famous version of the Divine Mercy image painted in 1944 by Adolf Hyla adorns the main altar.

It is a Basilica that has seen visits by three successive Popes. The growing devotion to Divine Mercy has transformed the Sanctuary into one of the most visited pilgrimage spots in the Catholic world. In 2011 the Divine Mercy Shrine received around 2 million pilgrims from all over the world. It is a figure that has been steadily rising ever since.