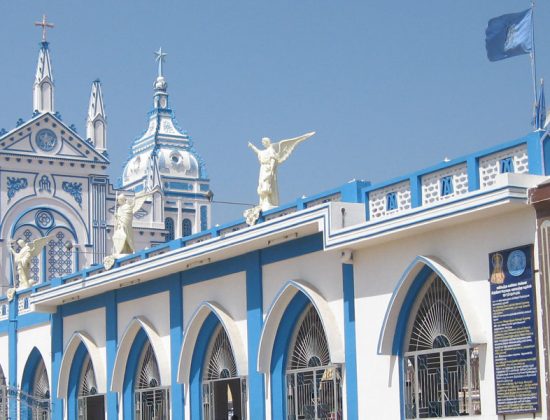 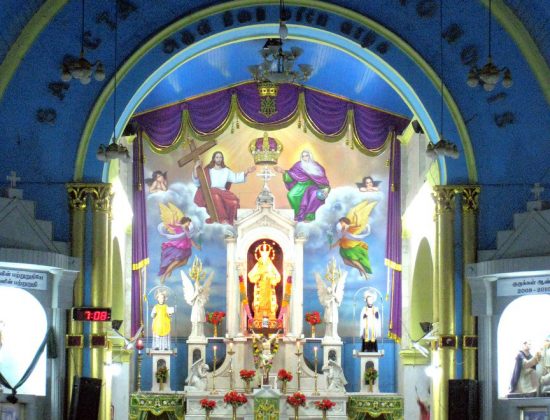 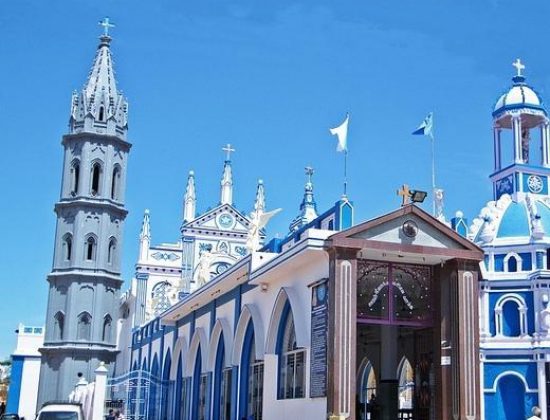 Basilica of Our Lady of Snows, Tuticorin Claimed

Tuticorin, which is home to the Basilica of Our Lady of Snows Tuticorin, was one of the largest centres of the pearl fishery trade in the ancient world. Its original inhabitants were the Paravars, a community of fishermen and divers. Owing to its wealth, Tuticorin attracted the attention of Arab traders from the 9th century. By the early 1500’s the Arabs had virtually enslaved the local people. In 1532, the Paravars approached the Portuguese at Goa, to be freed from the Moors.

Eager to gain a foothold in the lucrative pearl trade the Portuguese agreed, subject to the entire community converting to Catholicism. The Paravars converted en masse and by 1537 the stage was set for their liberation. As promised, the Portuguese fleet was despatched to Tuticorin the next year. In the sea battle that ensued off Vedalai on the 27th June 1538, the Arabs were routed completely.

Following the victory, the Paravars quickly regained prosperity and built the first church in thanksgiving. Dedicated to St Peter, it was completed in 1540. Two years later in 1542, St Francis Xavier arrived on those shores to further strengthen their faith.

Many decades later on 5th August 1582, a new church was built and dedicated to Our Lady of Mercy. Since the date coincided with the feast of Our Mother of Snows, in course of time it came to be known as the Church of Our Lady of Snows, or popularly Snows Basilica.

The statue in the Basilica was originally from a convent in the Philippines. St Francis Xavier stayed in this Augustinian convent in Manila, en route to China. Impressed by the statue he requested the sisters to give it to him. Understandably, the sisters were reluctant to part with such a beautiful piece of art. On learning of the death of St Francis Xavier in 1552 however, they acceded to the request posthumously.

Installed in 1555, the statue from Manila occupies pride of place in the Basilica of Our Lady of Snows, Tuticorin to this day. The present church was consecrated on the 5th of August 1713 and completed 300 years of its existence in 2013. Four hundred years from its founding in 1582, the church was elevated to the status of a Basilica by Pope John Paul II.